The bikes have become a hit with the students. 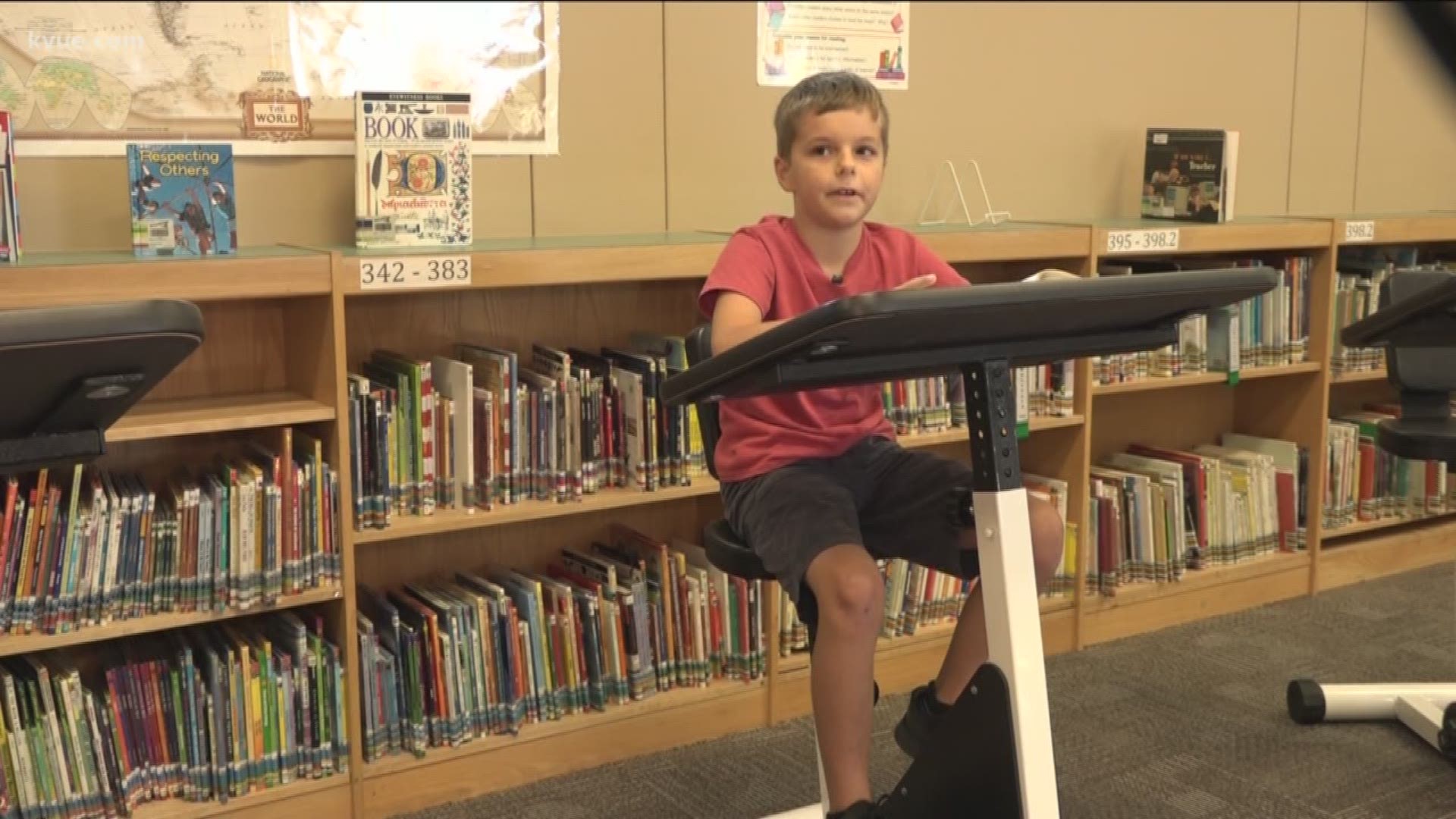 PFLUGERVILLE, Texas — Reading and riding a bike is not something you would usually do at the same time, but for students at one Pflugerville elementary school, it’s the norm.

One librarian’s idea is helping students find the fun in reading. Her name is Jennifer Coleman. She had the idea to install reading desks with bicycle pedals on them. She applied for a school grant and that was enough to buy five desks and those desks are now giving students a whole new outlook on reading.

“I really like the bikes because you can just go with the groove of the book because you’re actually running away from the scene, trying to catch a bad guy,” said Cooper Lebakken, a student.

They’re making words come to life through biking indoors. These half bikes half desks are a hit among students at Murchison Elementary.

“I like it because my number one hobby is biking and it's just doing that and I can do another hobby that I like reading,” said Mason Summers, a student.

This idea of reading and riding came together thanks to school librarian Jennifer Coleman. She said she read an article about bikes coming to a college library years ago.

“I remember reading it and looking around and thinking could that work here,” said Coleman. “I thought it's crazy but I think it could work."

It did work. This year, she gained statewide recognition for the idea and received a library innovation award because reading and riding comes with its benefits.

“Just the physical benefits of having children move in a school day are shown to increase their reading retention and reading fluency and I thought I can't really ride bikes in here, but we could sit and ride,” said Coleman.

It has done more than that for middle schooler Cooper Lebakken, who said it helped him overcome his dyslexia.

“The first day they brought it in and I started reading I was like 'mom, how much money do I have saved up,'” said Cooper.

Cooper loved it so much, he saved up money of his own so he and his parents could buy one. Now he has one at home.

“The bikes are the reason why I just love reading now,” said Cooper.

This new concept has transformed the way these students read and has made going to the library a little more fun.

“It doesn't have to be the library that you thought you knew,” said Coleman. “It can be different and exciting.”

The bikes came from a company called Action Based Learning. They cost about $1,000 each.

Coleman told us she's had librarians from other school districts all across the state reach out to her from Hutto to Grand Prairie, just outside of Dallas. She's helping some of them apply for grants so their students can have them too.