Metz Elementary is one of the 12 schools that could shutter under Austin ISD's School Changes process. 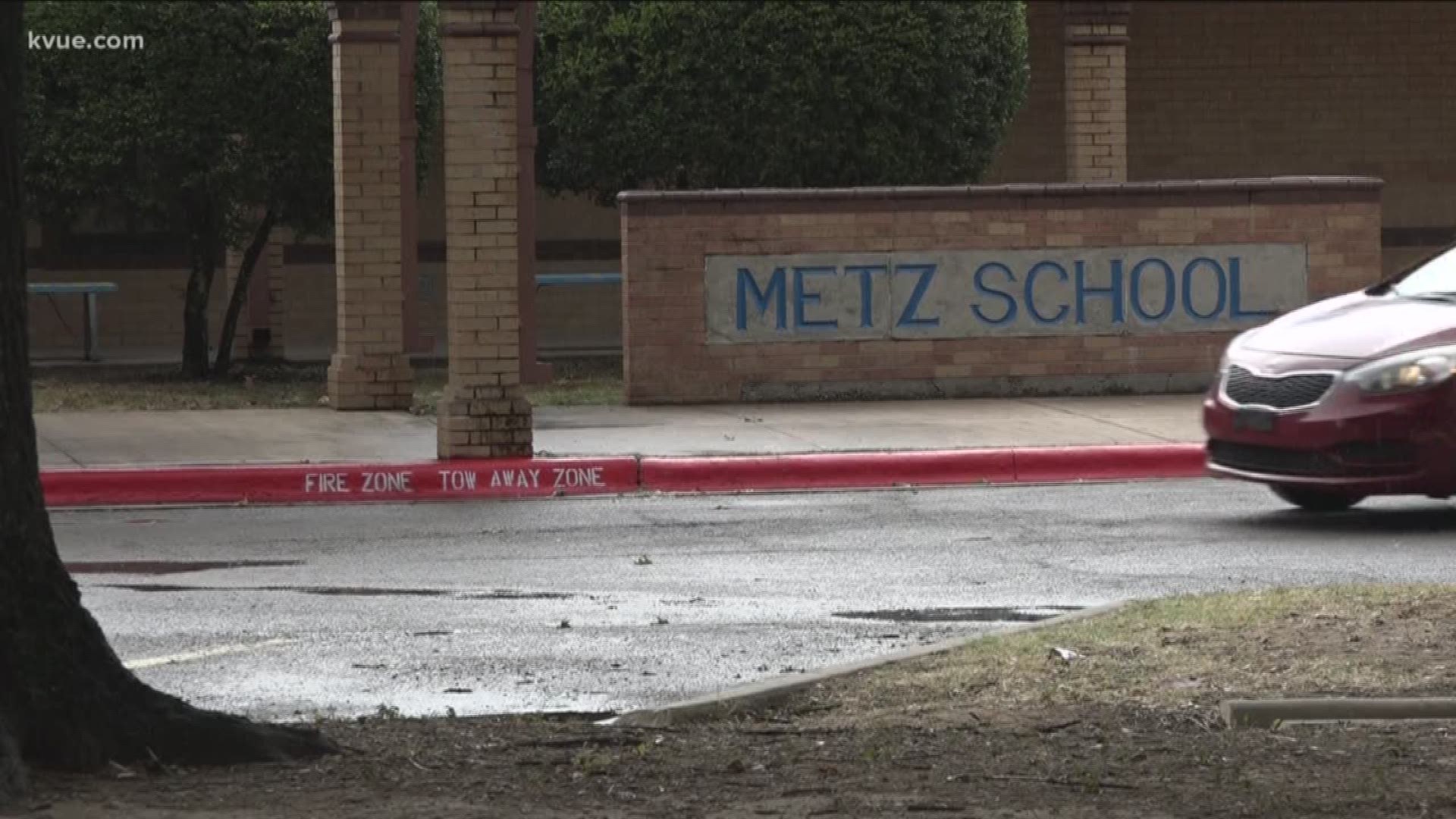 AUSTIN, Texas — After Austin ISD announced 12 schools that could be closing down, supporters of one of those schools have started a petition to get it off the list.

Bertha Delgado, who is the President of the East Town Lake Citizens Neighborhood Association, started the Change.org petition with a humble 100-signature goal, which was almost accomplished as of Tuesday evening. The petition calls for saving Metz Elementary, one of the 12 schools that could close down.

This document by AISD shows a scenario for Metz Elementary on page 30.

It says students from Metz and Sanchez elementary schools will, "... learn in a bright, modern school with flexible classrooms (a $25 million investment from the 2017 Bond Program), serving both communities at the Sanchez site. Metz will close and resources will be combined and invested to enhance academic programming at Sanchez. The campus communities will provide input on the programming offered at the modernized Sanchez school."

It also says that Students from Sanchez and Metz will attend a modernized facility that offers collaborative education initiatives.

But Delgado said some parents and alumni of the school do not want to see consolidation.

"It’s been two years since the AISD bond passed with promises of no school closures," the petition reads. "We have followed the process and waited with no plan of action into keeping the schools open as if they want them to fail, so they won’t meet standards! AISD has just selected to close Metz Elementary in their recommendations. Our school in the [heart] of the East Side on Willow St. Please sign this petition as we fight to save our childhood school that our grandparents, ourselves and our children attend. We must save our Metz is the best!"

Delgado spoke with KVUE Tuesday and said the school holds a lot of history for the community. She said she attended the school, as did her son, daughter and mother.

She also said consolidating the schools could cause problems for parents who work near the school.

“Some wanna keep their children here close to their jobs," Delgado said. “Doing a petition will be able to let the district know that we love our school ... We’re gonna really fight hard to make sure that we keep Metz open."

The 12 schools up for closure and consolidation include:

Austin community rallying behind teacher who lost everything in a fire

Though the district has provided a few scenarios in the School Changes process, nothing has been finalized yet and each is up for conversation. A final proposal won't go up for a vote until Nov. 18.

"The entire school changes process is not solely about closures. We understand that people are going to be talking about that, but it’s also the school district looking at the way Austin is changing and the way we can address that and where we can apply dollars in order to provide better programs and opportunities for access and opportunity," Reyne Telles, with AISD, said.

Austin ISD held its first public meeting since announcing the 12 schools on Tuesday night. There, several parents from Pease Elementary voiced their concerns over its possible closure as well.

"Pease is a unique and historic institution in the city of Austin and in the state of Texas," Koven Smith, an AISD parent, said. "We were not anticipating being part of the closures list and, while obviously no school closure is acceptable for anyone who is affected, Pease is also a unique and special institution that we feel deserves further consideration as part of this plan."