Overcrowding in schools could split a South Austin community 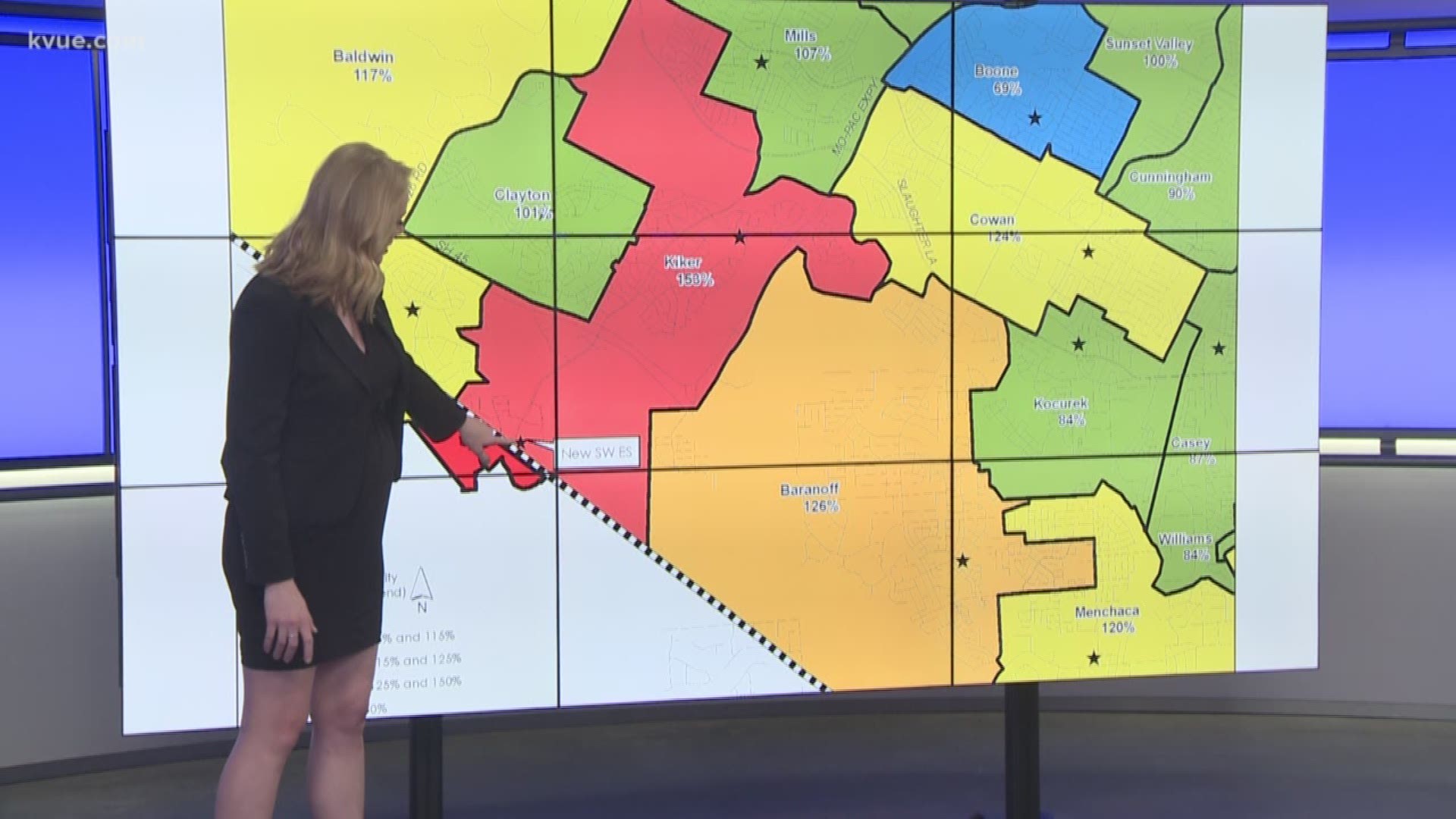 AUSTIN, Texas — Overcrowding is a big problem in some South Austin's elementary schools, but some of Austin ISD's solutions may require splitting a community apart.

Specifically, the Shady Hollow community, a large area of neighborhoods off Slaughter Lane and Brodie Lane.

However, the new Southwest Austin elementary school that's set to be built off FM 1826 will help relieve the overcrowding at Kiker.

That leaves the issue of Baranoff, and two of AISD's four overall proposals include splitting Shady Hollow so that students will go to either Baranoff or Kocurek Elementary.

Kocurek Elementary off Slaughter Lane is only at 84% capacity. But parents in Shady Hollow don't want to split the zoning for several different reasons.

First, as homeowner Jacob Youngblood explained, they don't want to separate the kids in their community.

"Everybody's just really passionate in the neighborhood about keeping it together," Youngblood said. "They don't want an arbitrary boundary line down a creek to send part of the neighborhood to a different elementary school when all our kids live and play together."

The second major concern is safety. To get to Kocurek by walking or biking, students would have to cross a major intersection at Brodie and Slaughter.

"You couldn't send a kid down Slaughter on a bike," Youngblood said.

It's a topic hundreds of parents have become passionate about since learning about the potential split a few days ago.

Youngblood said the neighbors have been rallying to let AISD officials know their concerns.

"I'm sure the cellphone towers were buzzing because the text message streams were going out of control," he said about receiving the news.

Beth Wilson, the Executive Director of Planning and Asset Management at Austin ISD, said the board's biggest priority in making these zoning decisions is student safety. She said that means making sure the schools aren't overcrowded.

That's why AISD is taking community input. They heard from several homeowners in Shady Hollow during a meeting at the district's downtown headquarters on Thursday night.

The board will make a decision in December, and the changes will take effect when the new Southwest Austin school opens for the 2020-2021 school year.

Man who raped dog so badly it had to be put down only gets 60 days in jail. He's already free.

Austin queso launched into space crash lands on the moon