The bus service will continue for students this school year, 2019-2020. 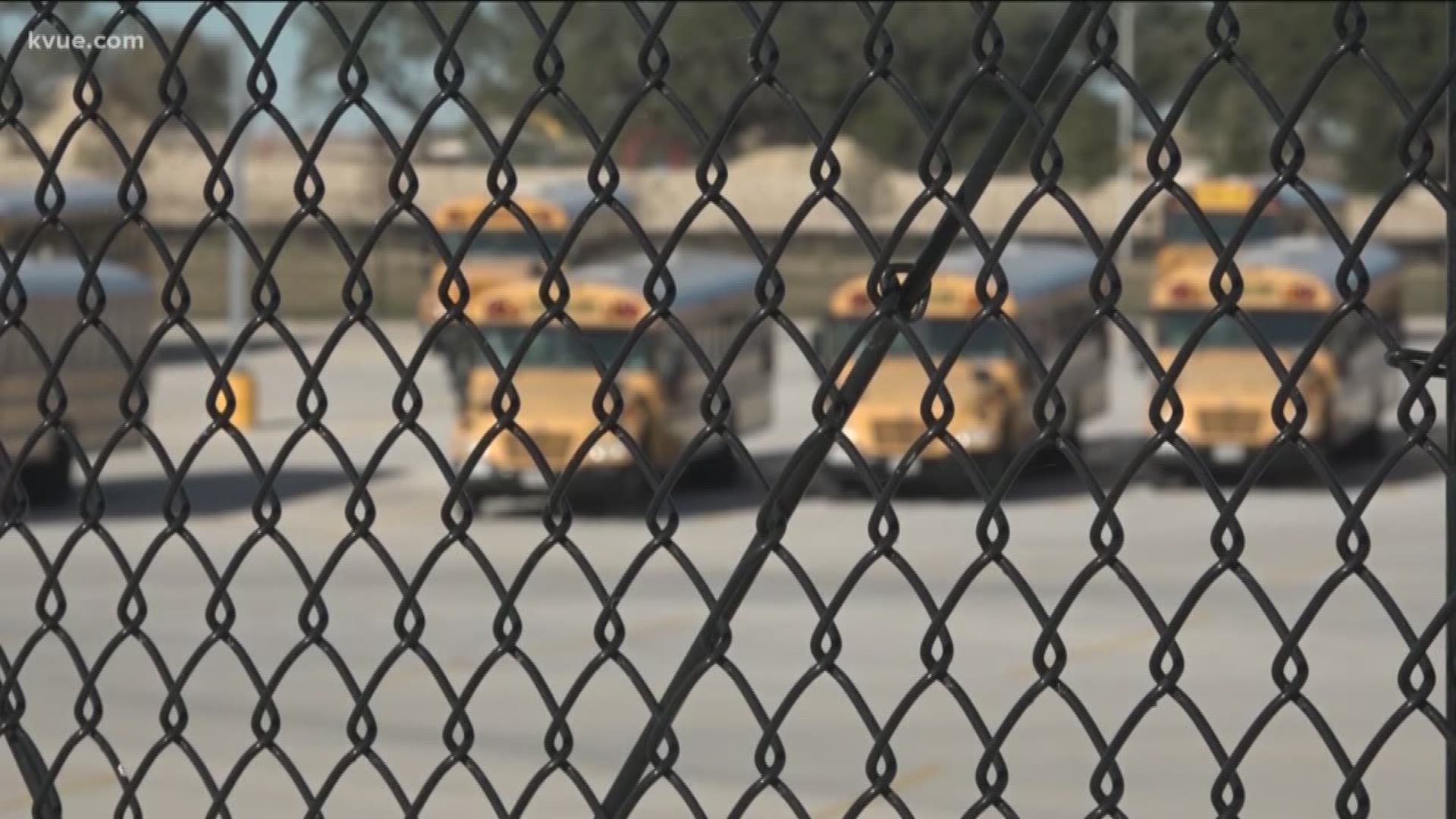 AUSTIN, Texas — Hundreds of Leander ISD students may have to find a different way to get to school next year. The district is using a new evaluation matrix approved by the Board of Trustees and these changes could indirectly help with LISD's bus driver shortage.

"They wanted something that was more specific, that way we can give more clarity and transparency for our parents and our families to know when and how we’re allocating bus service for people living within two miles," said Corey Ryan, a Leander ISD spokesman.

This hazardous route-scoring matrix is used to determine whether or not a neighborhood receives bus transportation within the state-set expectation of a two-mile radius.

In a letter to parents, LISD said that based on road conditions last spring (and using the new ratings tool), an estimated 769 students would lose bus service, and 356 students would gain bus service in 2020-21, according to this new matrix. That’s a net loss of 413 bus riders.

Students who qualify for bus services need to live two or more miles away from campus, but if their route to school is graded as hazardous, they're allowed to take the bus.

The hazardous routes process does not impact the transportation services provided for special needs students when specified in the Individual Education Plan.

You can find your child's route here.

"We are a school district that adds 1,200 to 1,300 students every year, so it’s a lot of new people moving in," said Ryan. "The idea was how could we create a tool that better empowers a parent that just moves into this neighborhood to have an idea as to whether or not they’re going to get bus service when their child enrolls in our schools."

The letter to parents shows, in October, Leander ISD Board of Trustees approved the new scoring matrix, which includes allocated points for various hazards along a path to school, including road types, railroad crossings, commercial/industrial/fire/police driveway, and intersections.

Currently, there are 56 open driver positions.

"Given that we have a finite amount of resources in terms of state allocations on transportation, and our goal is to make sure that we can equitably distribute those resources as best we can," said Ryan.

The changes aren't set in stone yet. The school board will make its final decision in March.