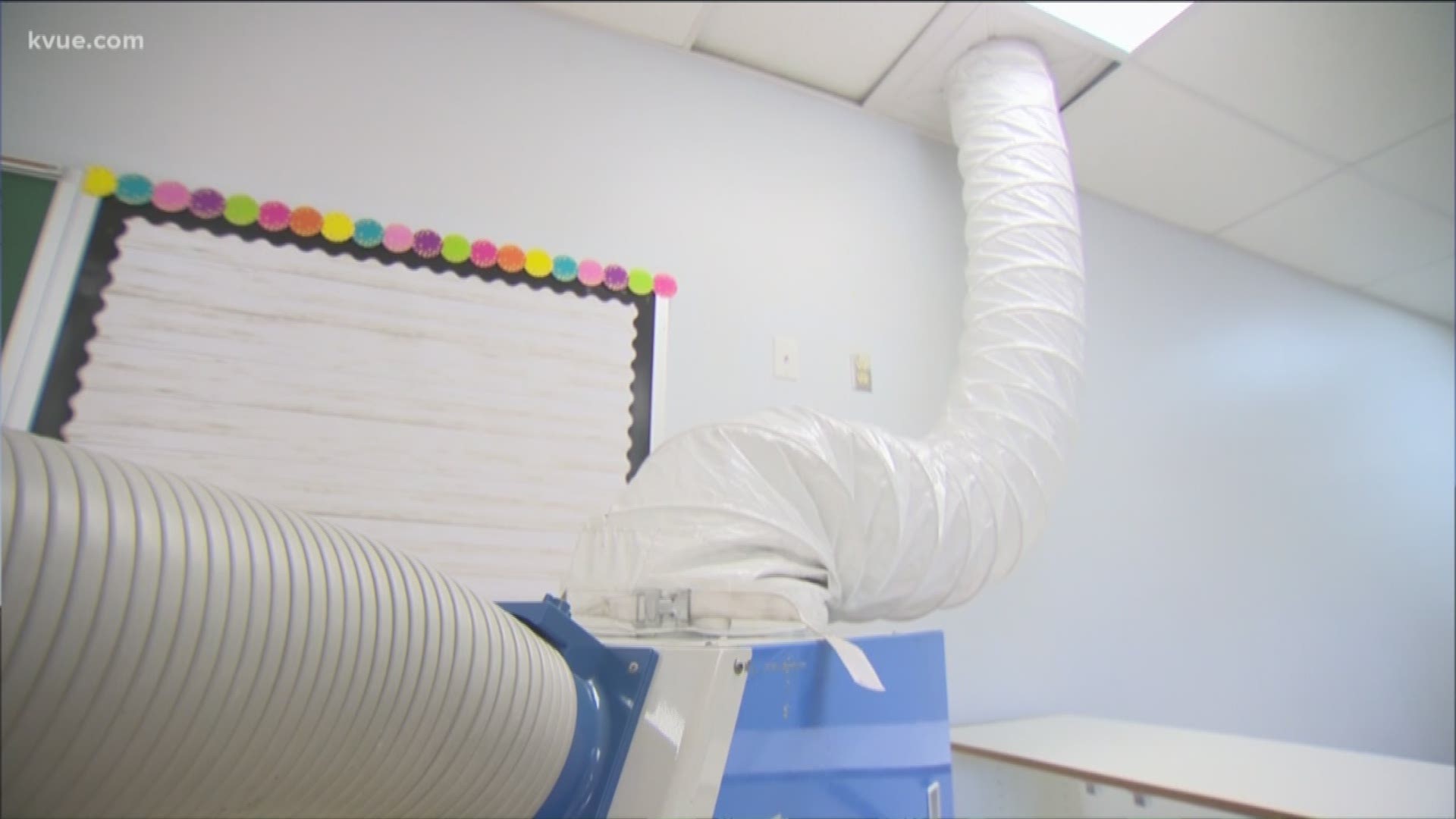 AUSTIN, Texas — The extreme heat and classrooms without air conditioning wasn't a good combo for the first day of classes for Austin ISD.

One of those schools was Dobie Middle School, which had three rooms without air. That's why the district put in spot coolers to help with the heat.

On the display, it said they are trying to cool the room to 61 degrees but the room was still in the 90s Tuesday afternoon.

Principal Jesse De La Huerta said it was still too warm and he didn't want his students in that heat, which is why he moved them into other classrooms.

AISD's superintendent said that sometimes things like this can happen on the first day of classes.

"During summertime, that's our high time for construction and maintenance work, so that, every day, we're checking to make sure projects are being completed on time," Superintendent Paul Cruz said. "So what we do is just sort-of keep a check, making sure AC is on, it's cooling, it's comfortable."

Principal De La Huerta also said that the district has ordered the part to fix the air conditioning at Dobie and until it's repaired, the students won't be in those rooms.

The Ann Richards School for Young Women Leaders is the other Austin ISD campus that had an air conditioning problem. Theirs was a little more severe, with two rooms that had no air conditioning at all, but the district said the issue was fixed quickly.