Students at St. Edward's University in Austin, Texas were forced to leave their dorm rooms Thursday night after a water line break at The Pavilions flooded the west wing. 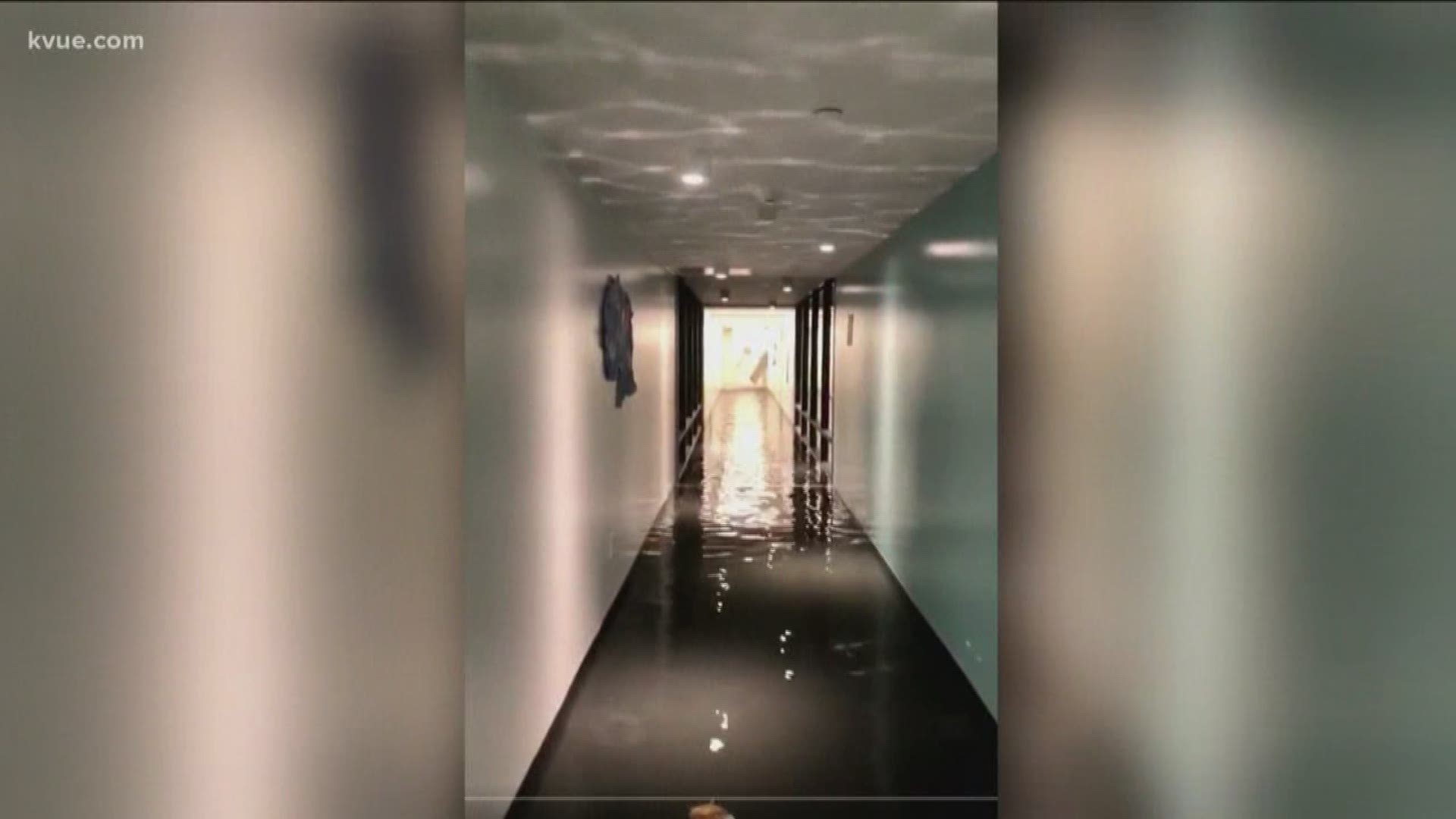 SEU Campus Safety tweeted just before 1:30 p.m. Nov. 1 about the water issue at The Pavilions, which the university described as a condo-style apartment building that just opened for upperclassmen this fall.

Mischelle Diaz, senior director of communications at SEU, said that Thursday night at approximately 7:30 p.m., a chilled water line that is located in the North Wing of the complex burst, resulting in rapid flooding of individual apartments, hallways and common areas. Diaz said remediation crews had been on the scene all night and are still working at this time.

Some residents tweeted videos of the water flooding the hallways.

Officials said the West Wing on The Pavilions was completely evacuated around 9:30 p.m. According to Diaz, approximately 134 students who live in the South Wing were allowed back in their apartments around midnight. Some of the remaining students were directed to temporary housing in the East Hall, according to the SEU Twitter. Officials said affected students who haven't checked in to the East Hall should call 512-342-4100 x3. Other students went to stay with friends and family.

Diaz said the water damage is on multiple floors of the complex, and SEU will be assessing the damage and cleanup through the day.

"There's been some general frustration of wishing you left things on higher ground," said Samuel Griffith, a student at St. Edwards University.

Although he was not affected, several of his friends lost their belongings to the flooding.

"Campus safety has done a good job in communicating with us," he said.

Griffith said the school is supplying students with free food.

SEU said students who need meal service over the next 24 hours should go to any Bon Appetit location on campus. Officials said students will receive free food with their SEU ID. Diaz said SEU is mobilizing an information and resource center in the center of campus so that there will be one central place where students can get information. SEU is also working on providing students with moving and laundry assistance.

"The university is prioritizing all of our resources to help students today with this really unfortunate and difficult situation," Diaz said.