Chief Shane Sexton joins the district after serving as chief of police for Concordia University. 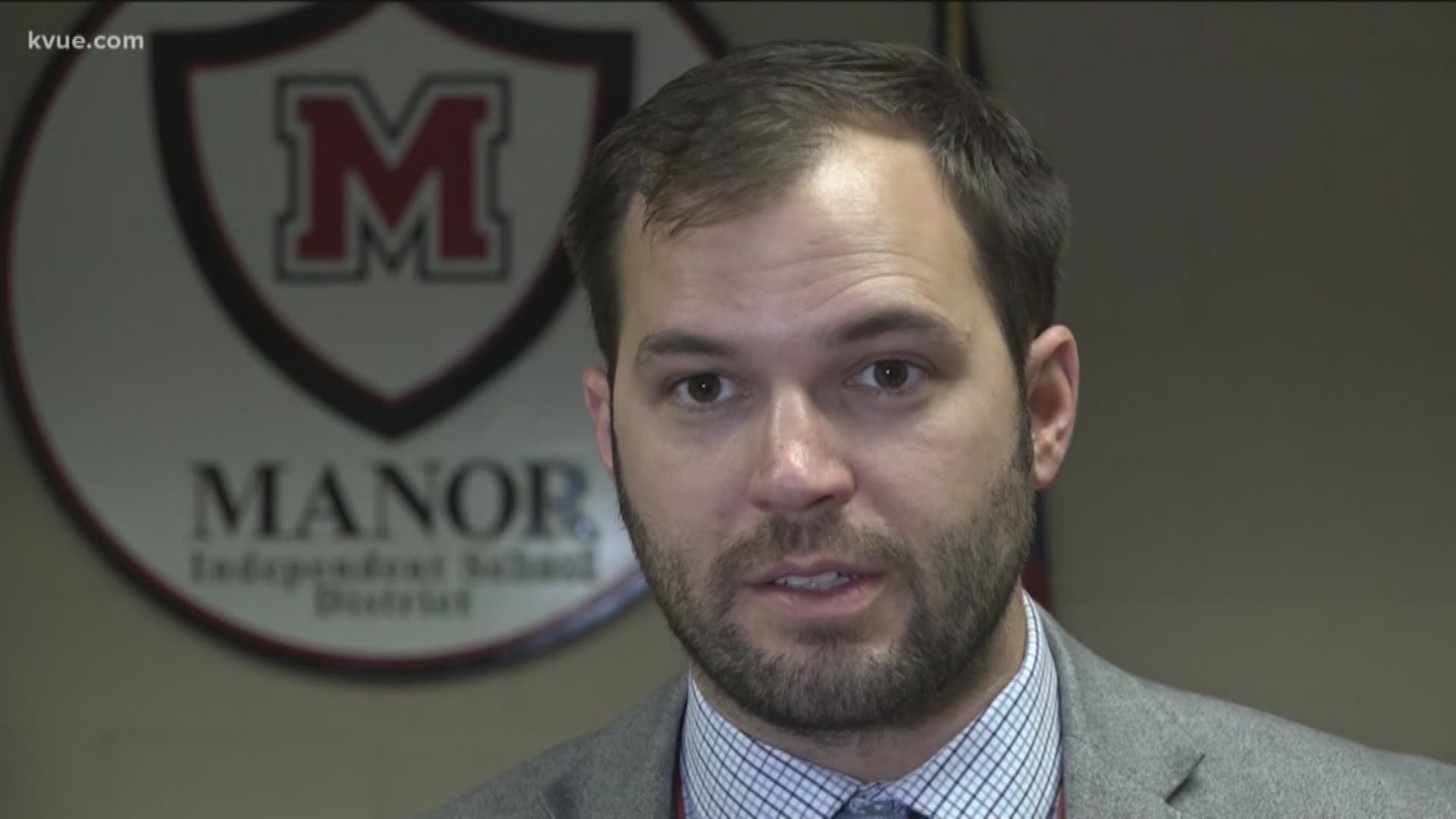 The school's board announced Shane Sexton would be the department's chief and was he was sworn in by MISD Superintendent Dr. Royce Avery, the district said on June 16.

Sexton attended the police academy in Austin and eventually worked for the Mansfield ISD Police Department. Most recently, he served as the chief of police for Concordia University.

Manor ISD said he pursued a career in law enforcement after being inspired by an Arlington police officer as a child.

“I learned a lot about the kind of person I wanted to be. I am confident he kept me alive or, at least, out of confinement,” said Sexton. “He remains in law enforcement today, and we continue to keep in contact.”

Sexton said his goal for the department is to become a valued part of the community.

"I want our students to realize that we are here to help and that we are more than a source of potentially negative consequences,” he said. “This department needs to be part of the educational environment and a source of safety on each of the campuses.”

He plans to kick off a number of programs within the district, like the Gang Resistance Education and Training (GREAT) program and the Law Enforcement Explorer program

"Officers at a school district police department are invested in the success of the students. This means understanding that arrests aren’t always a valid option,” said Sexton. “This means working with campus administration to solve problems and taking the time to do more for students. By doing this, we can make a true difference in a young person’s life.”

The Manor ISD Board of Trustees unanimously voted to approve the creation of the Manor ISD Police Department during its regularly scheduled Board meeting on Oct. 28, 2019.

MISD was previously under a contract with the Travis County Sheriff's Office (TCSO) that is expired in June 2020.

"Being a lifelong community member and seeing the growth in Manor, this is the right time," said Velasco. "We do appreciate our partnership with TCSO and look forward to our new relationship with the Manor ISD police."

Manor ISD police are expected to provide additional officers to support every campus with an increased presence. MISD said it has begun the process of creating additional security to serve its nearly 10,000 students.

The new department will allow for all 17 MISD campuses to have additional flexibility in deploying officers in the event of a crisis.

The district said it has money saved up for the program's launch and the $280 million bond being voted on in the election has funds allocated to the police department's start-up.

MISD Assistant Superintendent of Operations Dan Vera said they have appreciated their partnership with TCSO.

"We are excited to get started with this new chapter of safety in Manor ISD," said Vera.