According to Hays CISD, Kathryn Willey was placed on administrative leave on Thursday, Feb. 20, pending the outcome of the investigation into the allegations. 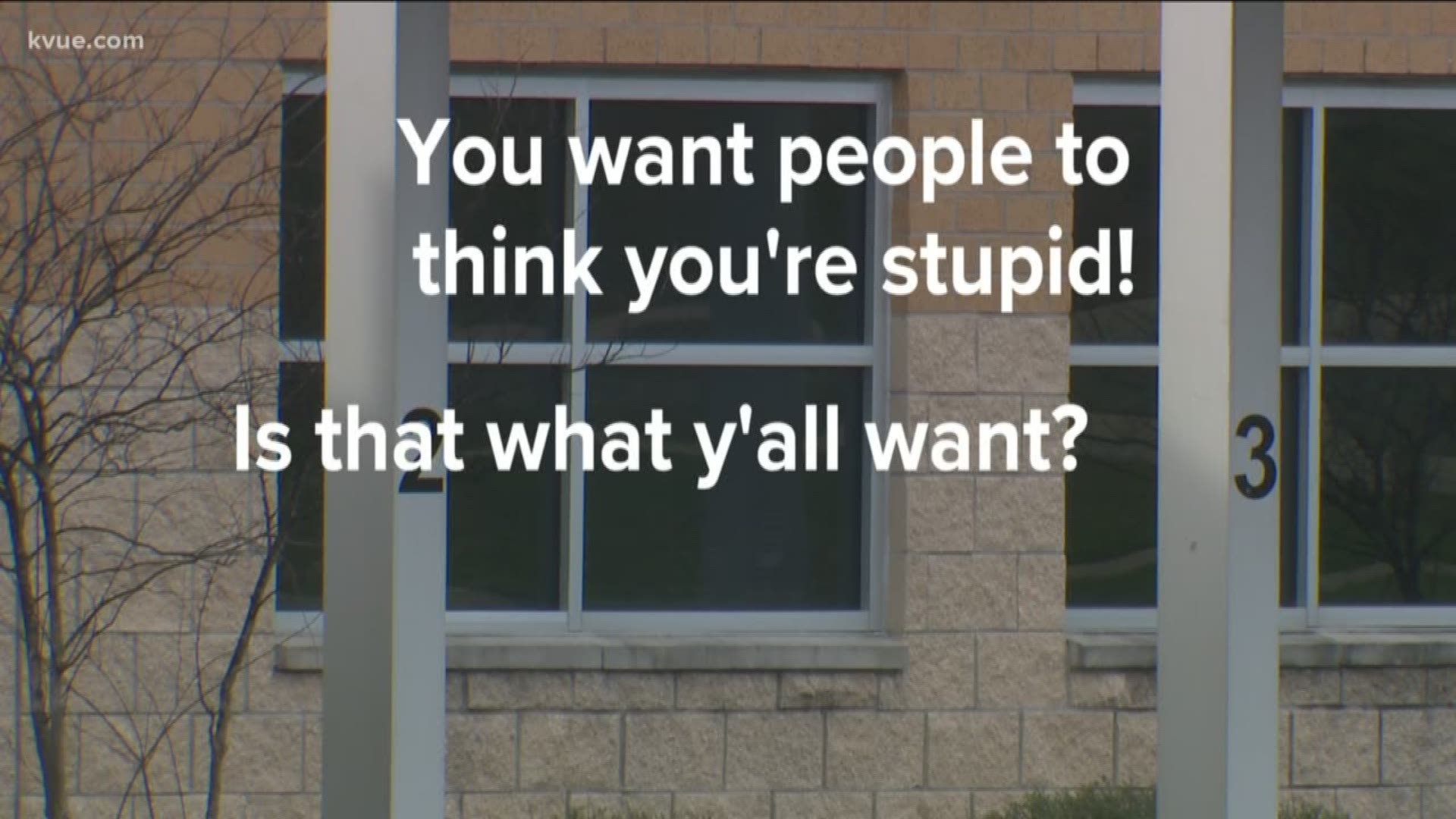 HAYS COUNTY, Texas — A Hays CISD fourth-grade teacher has been suspended amid allegations and the release of audio recordings detailing what the district described as "demeaning language and a belligerent tone" used toward students in class.

According to Hays CISD, Kathryn Willey was placed on administrative leave on Thursday, Feb. 20, pending the outcome of the investigation into the allegations.

Hays CISD said the incident was reported to the principal by a student, who provided audio recordings of Willey's alleged comments.

A parent named Gracie shared the recordings on social media.

Another recording shows the teacher getting angrier because the students are struggling with math. "So, y'all want to look stupid on your STAAR test, basically," she says on the recording. "You want people to think you're stupid? Is that what y'all want?"

Gracie claimed her son has had problems with Willey since the beginning of the school year.

"At first, I didn't think it was a big deal. I thought he was just going to fourth grade and the teachers were going to be stricter," Gracie said.

In an incident in November 2019, Gracie claimed Willey called her son a "bump on a log" – but the teacher defended herself.

"[Willey said] she was reading [a] story, so he might have ... heard that from the story and got confused that she was talking to him," Gracie said.

She was shocked when she heard the audio recordings.

"I was just in shock that she would talk to kids like that," Gracie said. "That's who I trusted my kid to go with every day."

Gracie said Willey's behavior toward her son and other students affected his performance in class. He even cried about going back to school.

"He would bring lower grades than usual, and that's why, 'cause he wasn't learning. He was getting yelled at, he was getting bullied," Gracie said.

Although the district placed Willey on administrative leave last Thursday while it investigates the recordings, Gracie wants her gone from the school.

"I really don't think she should be teaching at all. If she can't handle kids in general then she shouldn't be working in a field with kids," she said.

Letter sent to parents of students in classroom

On Feb. 20, the district sent a letter to the parents of students in Willey's class, which read:

In the interest of keeping parents informed, I would like you to know that it was reported yesterday that the classroom teacher was using demeaning language and tone with the students. I want parents to be aware that I have launched an investigation. School and district leaders are aware of the report and will provide guidance on any next steps necessary. In the meantime, please know that school safety is our priority. It is important to us that all children are treated with respect every day. I am proud that a student in the classroom was brave enough to come forward. I spoke to all the children in the classroom today. I explained that reporting when they are not feeling comfortable is very important. I further said to them when one adult is not hearing what you are saying keeping telling until someone listens. Talk with your children and reiterate this message. I will keep you updated on the progress.

Please do not hesitate to call me, or come by the school.

Follow-up letter sent to parents of students in classroom

In a follow-up letter sent on Feb. 24, the principal announced there would be a different teacher for the fourth-grade class for the remainder of the school year, regardless of the outcome of Willey's investigation.

I’m following up with you regarding the email I sent last week to keep you informed about the status of the investigation into your child’s teacher. The investigation into her use of demeaning language and tone with students continues. However, we have decided that for the remainder of the school year, Lora Friedli will serve as your child's teacher. She is a certified and highly qualified teacher and we are confident that your children are in good hands. All of us at Camino Real will give our full support to her as she provides a stable learning environment for your children. In response to inquiries from reporters, the district will be issuing a statement to the media today about Mrs. Willey. I will share that with you and our entire campus in my next email. Thank you for your support in helping your children through this transition period. If you have any questions or concerns, please do not hesitate to call me, or come by the school.

Also on Feb. 24, the principal sent a letter to the parents all Camino Real Elementary students. The letter read:

Last Thursday, we placed one of our fourth grade teachers on administrative leave. I emailed the parents of the students in her class the same day. Today, I want to share the information with our entire campus. A student reported to us last week that a classroom teacher was using demeaning language and tone with the students in her class. We immediately launched an investigation into the matter, and as a precaution, we placed the teacher on administrative leave. Every child at Camino Real deserves to be treated with respect every day with no exception. In response to media inquiries about the teacher, the district will be issuing a statement. I have attached it so that you have a copy as well. If you have any questions or concerns, please do not hesitate to call me, or come by the school.

Willey has been a teacher at Camino Real Elementary since August 2013, according to Hays CISD.

Hays CISD strives to provide students with safe and nurturing environments where they are encouraged to learn and grow. All students deserve to be treated with dignity and respect with no exception.

The investigation into the allegations against Willey are ongoing, according to the district.

KVUE's Pattrik Perez reached out to Willey in person, on the phone and over email to get her side of the story, but never heard back.