Both campuses will be opening in August 2021 with grades kindergarten through second and sixth grade and will add a new grade every year, officials said. 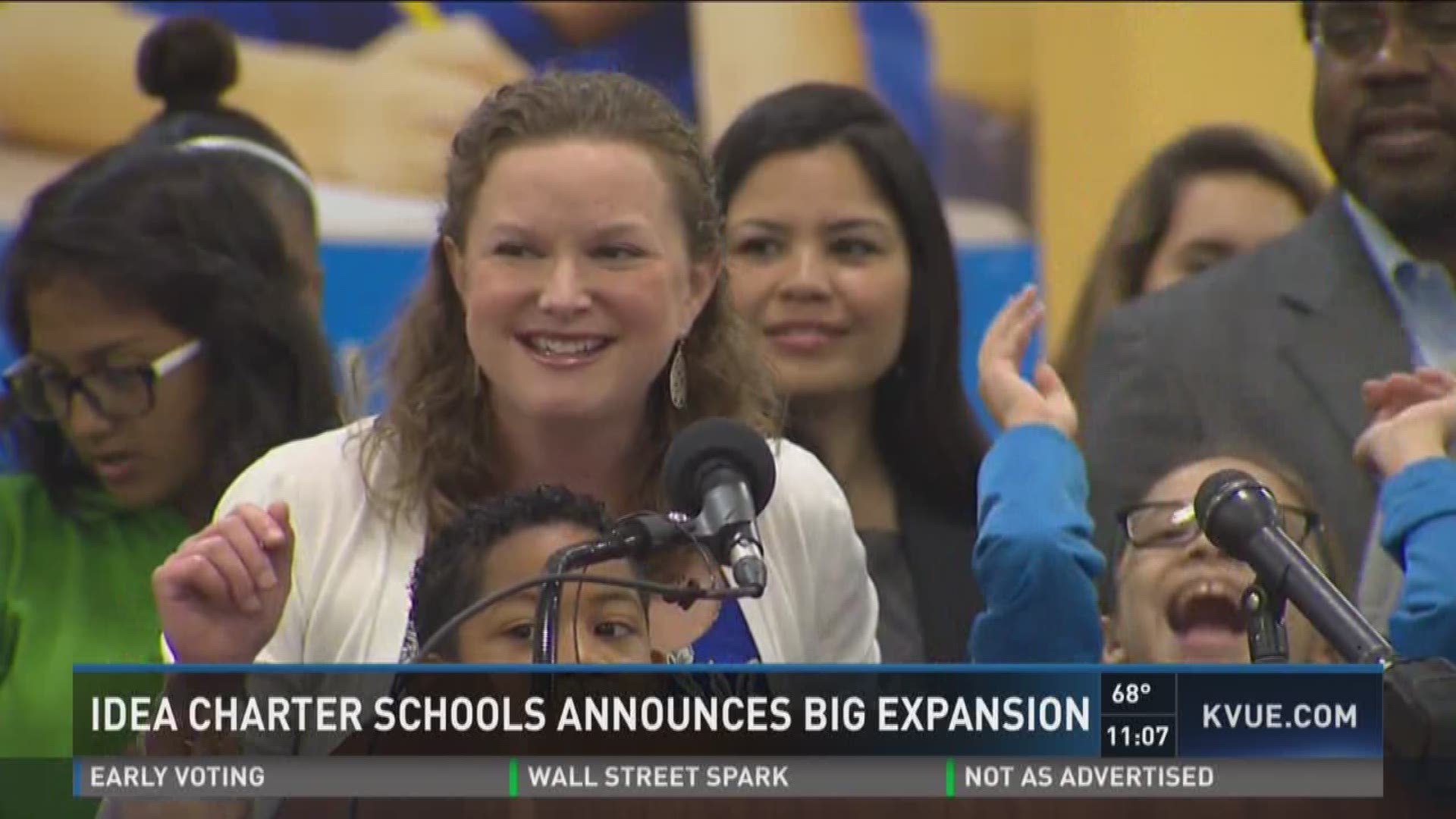 “We are excited about the continued expansion of IDEA schools in Austin with the addition of IDEA Del Valley and IDEA Georgetown,” said Tricia Noyola, the executive director of IDEA Austin. “We look forward to serving and supporting students, families, and community members in the Austin area. Our top priority is providing a quality education to students that will prepare them for college and life.”

IDEA Public School officials said that in August of 2020, IDEA Austin will serve 7,800 students at 16 schools, with the addition of IDEA Round Rock Tech. The school system also said it is poised to serve 16,000 schools by 2022.

Since 2000, IDEA Public Schools said it has grown from a small school with 150 students to the fastest-growing network of tuition-free, Pre-kindergarten through 12th grade public charter schools in the United States.

IDEA Public Schools said that for the 14th consecutive year, 100% of its seniors have been accepted to college and for the past 13 years nearly 100% of our graduating seniors have enrolled into college.

In 2016, IDEA Public Schools in Austin announced a multi-million dollar expansion, involving the addition of 20 new charter schools on Monday.

Plano toddler diagnosed with Kawasaki, similar to rare condition showing up in kids during coronavirus pandemic