HopeAustin started ago in hopes of ending childhood hunger. It started by serving 75 kids. Four years later, it's delivering meals for 1,200 kids. 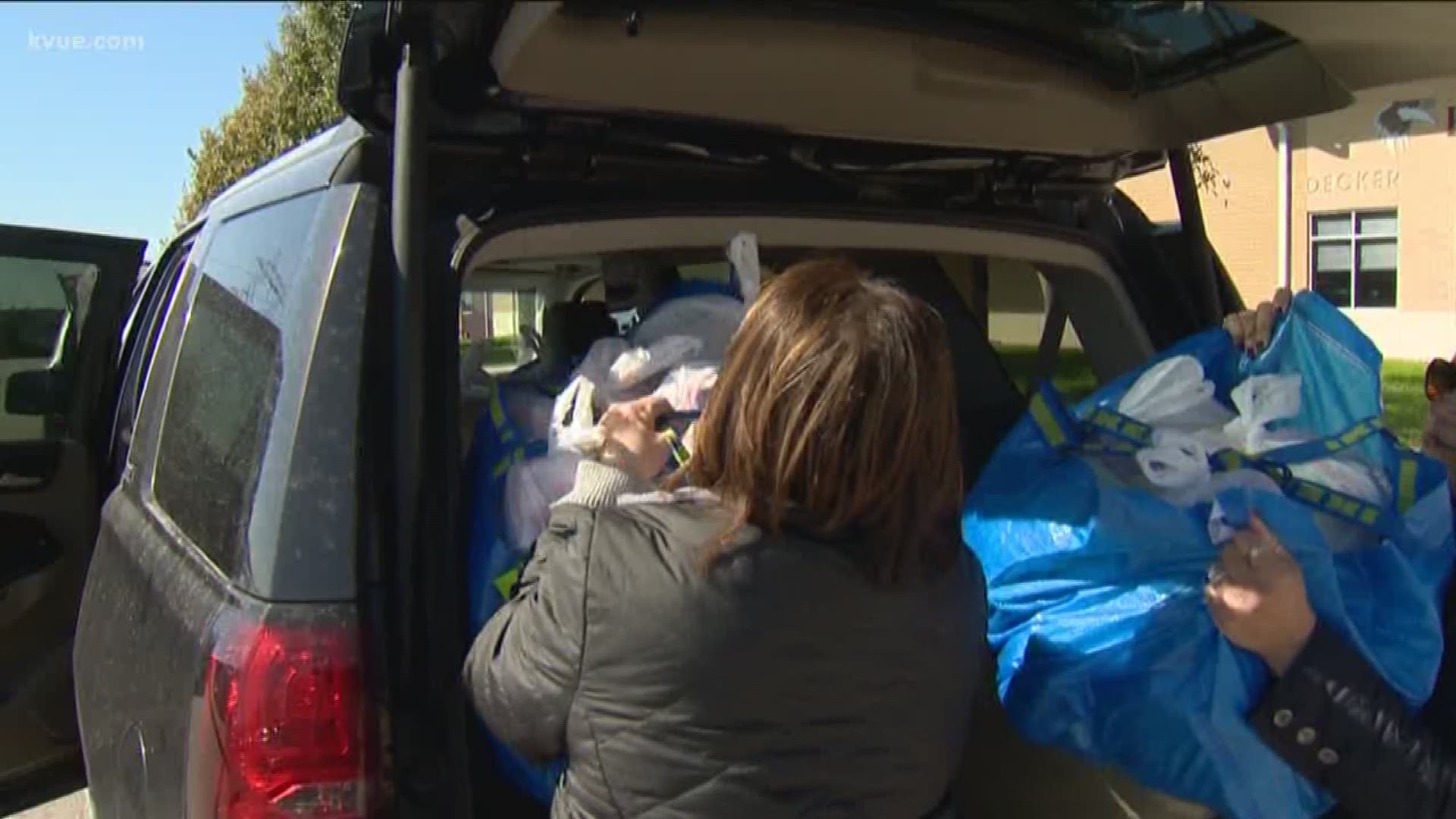 AUSTIN, Texas — HopeAustin is a nonprofit that works to end childhood hunger.

It currently provides meals for the weekend to students in five different Central Texas school districts.

"There's always the need in the historically impoverished areas of our communities, however, there is hunger in areas where you would not believe there is hunger," said Monica von Waaden, one of HopeAustin's co-founders. "Areas such as Terra Vista, Steiner Ranch, River Place, Canyon Creek. We've served in these places, we serve in these places."

The four-year-old nonprofit has grown a lot since it first started. In its first year, HopeAustin served 75 kids. Currently, the co-founders report it serves 1,200 kids.

Each week, delivery drivers will drop off the meals that have been sorted and organized.

HopeAustin volunteers prepare bags for each student. Inside are six meals, two snacks and a protein drink.

Man in custody after bomb threat at North Austin bank