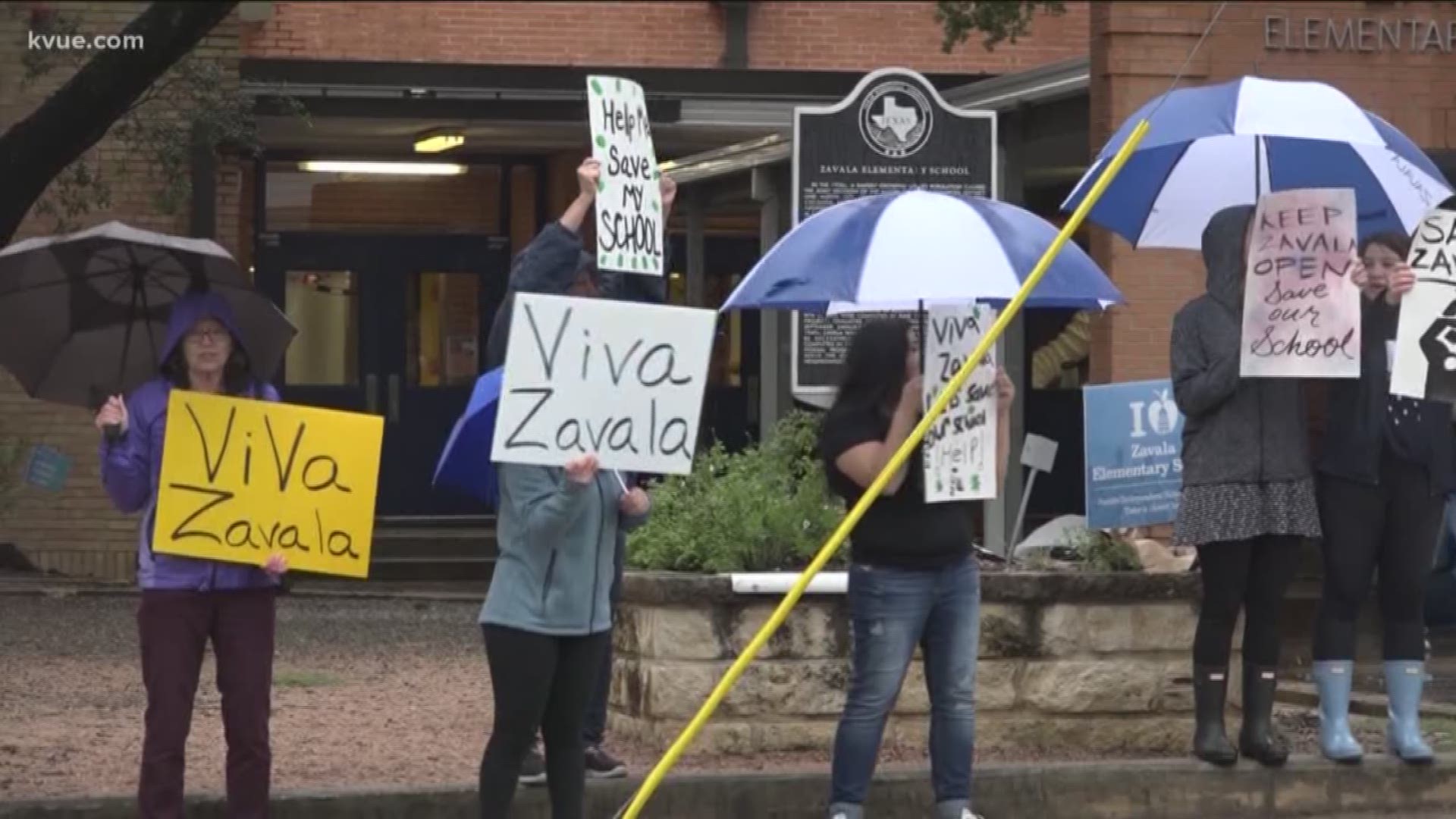 AUSTIN — Despite the rain, people came out to protest potential school closures Monday afternoon. This comes after the Austin Independent School District board voted to modernize an East Austin school. However, many in the group planning to protest say the modernization plan will harm students' education.

This issue is revolving around the future of schools in East Austin. The Austin ISD board approved a $25 million plan in September to modernize Sanchez Elementary on San Marcos Street. However, community leaders say the plan means Metz Elementary and Zavala Elementary are at risk for closure, and the campuses could be consolidated into one school.

In September, dozens turned out at a school board meeting, where they talked about what was called the "East Austin Schools' Manifesto." They wanted the district to take action to deal with things like the academic achievement for minority students, pay for teachers, and redrawing school attendance boundaries. They even proposed splitting Austin ISD into two districts so that schools in East Austin could be better represented.

Community leaders said a big problem with the modernization plan was a lack of communication about what exactly "modernization" even means for the schools in question. When the board voted on the plan, Austin ISD leaders said it was looking into options to avoid closing schools. These leaders brought up the idea that it could take action to improve enrollment at the schools by marketing their specialty programs or even renting out spaces in schools for city or community events.

Monday, community members and parents of students at Zavala Elementary came to protest the potential consolidation of schools, along with other issues like communication with Austin ISD and historical significance.

"Yes, they're going to have a big beautiful modernized school, but sometimes I think bigger is not always better," said Brenda Garza, PTA President at Zavala Elementary.

She said it was great seeing people come together to protest for what they believe in.

"We love this school, we have great teachers, I love the smallness, the community. And I love that the smaller you get, the more attention from the teachers, and I see that in the test scores and my kids," said Garza.

People who used to attend the school showed up as well.

AISD says they're going to continue to invest in the schools and expect another decision point in December of 2020 to evaluate the progress and take the next steps for what to do with the campuses.