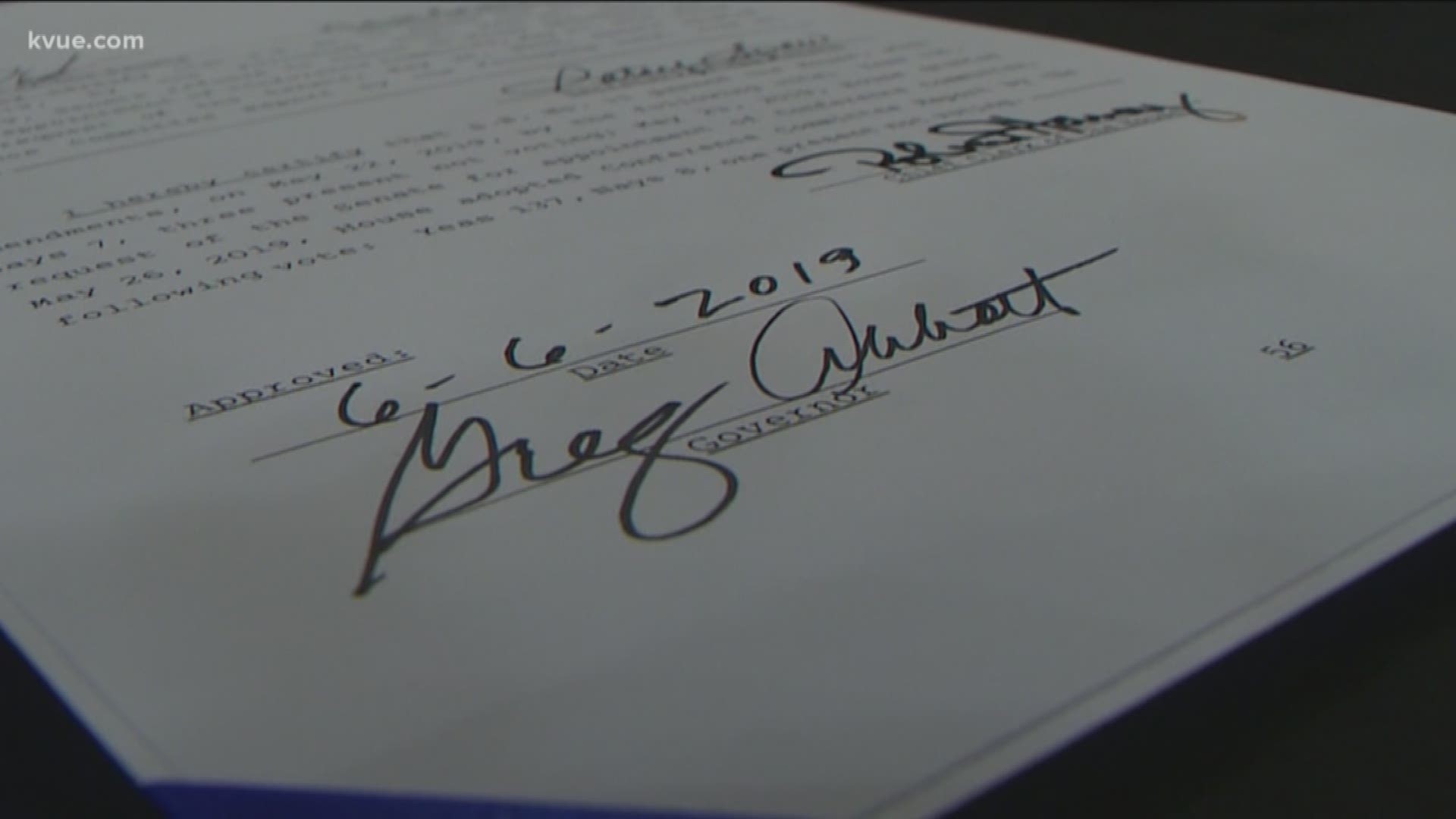 Gov. Abbott hosted a bill signing ceremony Thursday morning alongside members of the Texas legislature at the Texas Capitol.

The bills are in response to the mass shooting that happened at Santa Fe High School on May 18, 2018. A student opened fire on classmates, killing 10 people.

The very next week, Gov. Abbott called experts in law enforcement and mental health, school leaders, students and parents to the Capitol to talk about school safety. A year and two weeks after those roundtables, in the same room where they happened, action was taken.

"What they went through has not happened in vain," said State Representative Greg Bonnen, M.D. (R-Friendswood), who represents Santa Fe. "And that in their memory, we are taking tangible, concrete steps, to see that no one has to go through, as best we can prevent it, what they went through."

Senate Bill 11, authored by State Senator Larry Taylor, requires each school district in Texas to form a school safety and security team. All teachers, including substitutes, must receive safety training and have access to a device to contact first responders. It establishes statewide building standards for schools across the state that prioritize safety and requires districts to notify parents when a threat is received. The bill also establishes the Texas Child Mental Health Consortium, a telemedicine mental health care system.

"This consortium will use health-related institutions of higher education to provide mental health services to children all across the State of Texas," Gov. Abbott said.

House Bill 18 increases mental health training for educators and school professionals so they can aid in early identification and intervention. It will also improve access to mental and behavioral health services through school-based mental health centers. Students can be treated but only after parental consent is given. It also will help with the hiring of mental health professionals.

House Bill 1387 removes the cap on the number of school marshals allowed at each campus, allowing district leaders to decide the appropriate number. Marshals are trained school employees that can carry guns on campus.

"Laws that will do more than Texas has ever done to make our schools safer places," Gov. Abbott said.

Lawmakers not only created new standards with the bills but also set aside money to help implement them. The bills call for $110 million over the next biennium to go toward training and increasing services and another $100 million will be made immediately available to fund school hardening projects.