The school district said that Georgetown police believe the driver and the minor did not know each other before they began speaking online. 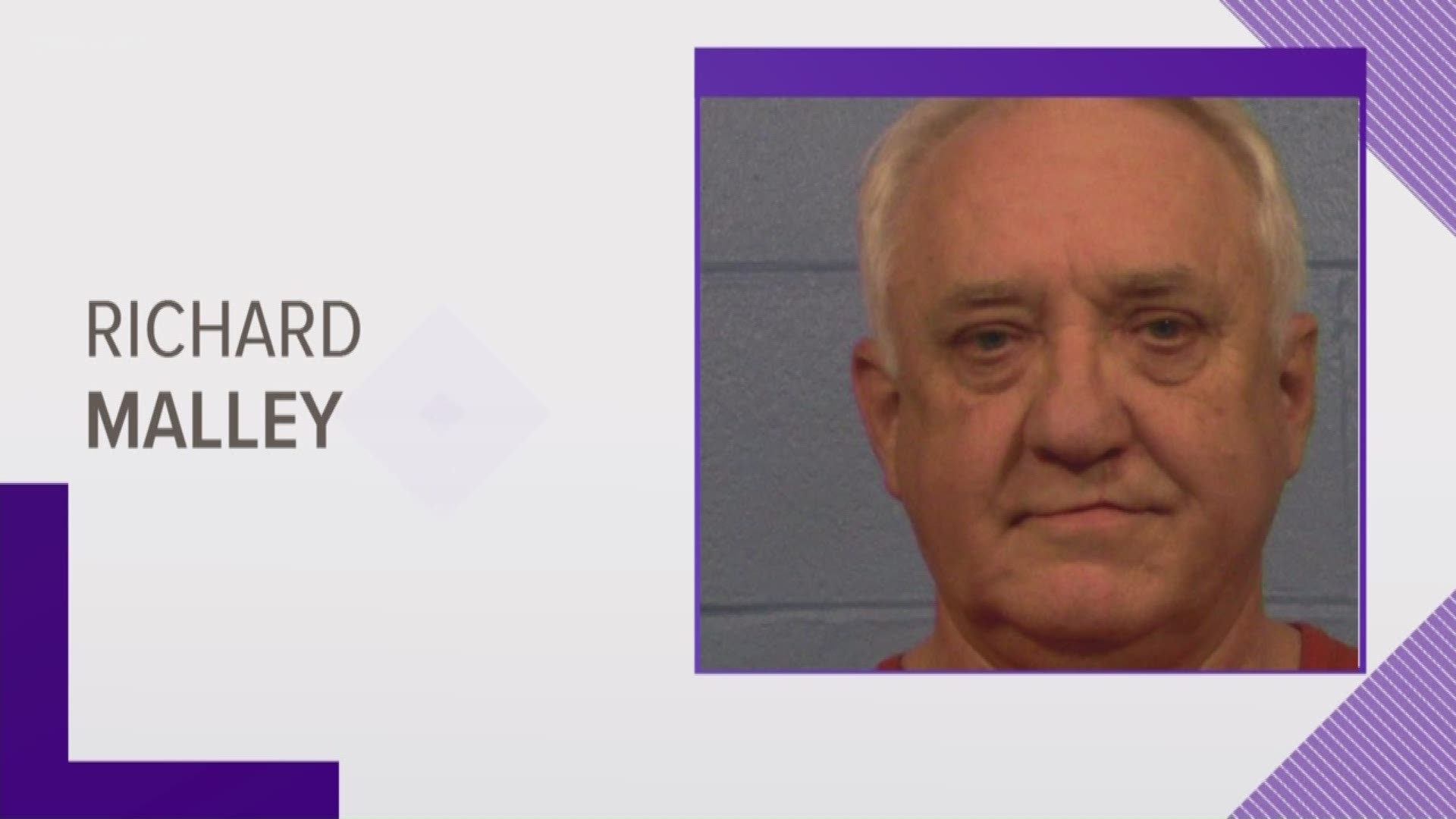 GEORGETOWN, Texas — A former bus driver with Georgetown's school district has been arrested for allegedly soliciting a minor online, according to Georgetown Independent School District.

In a letter sent to parents on the night of Nov. 18, the school district said that the Georgetown Police Department notified the district that the driver – identified as Richard Wayne Malley of Georgetown in an affidavit obtained by KVUE – was being investigated for online solicitation of a minor. The district said the driver was immediately placed on administrative leave and was arrested.

The school district said that Georgetown police believe the driver and the minor did not know each other before they began speaking online.

"Please know that the safety of your child is our top priority," the district said in the letter. "Georgetown ISD employees go through a thorough background check with DPS and the FBI. This individual had no reported history that would have prevented his employment with our district. We are deeply saddened by this news. The allegations against the individual are reprehensible."

The district said staffers are working to directly contact the parents of students who rode the driver's bus. Parents with questions may contact the district at 512-943-1890.

According to the probable cause affidavit for Malley, the victim's mother looked through her 14-year-old son's phone and found that he had received sexually explicit messages. Upon further investigation, she learned her son had an online account on a website designed for gay and bisexual men to find sexual partners. The son had received multiple messages from what the mother believed were adult men. One message from an unknown sender discussed the sender's desire to meet the boy in person, according to the document. When the mother questioned her son, she learned he had met the sender in person. She then filed a police report and turned the victim's cellphone over as evidence.

Police discovered by looking at the phone's messages and images that the victim and sender – who used a Voice Over Internet Protocol number, allowing him to message the victim's phone from a computer – had exchanged sexually explicit messages, including a photo of the victim's genitals. They also discussed meeting in person, police said. Police conducted a search for the sender's number and learned it returned to Malley. Police also learned that Malley was a Georgetown ISD bus driver who transported students with special needs.

During an interview with the victim, police said they learned that he had met with Malley on two occasions. During one of those occasions, the victim said Maley touched him over his clothes. Malley also allegedly asked him to send him a photo of his genitals.

Police searched the website where Malley allegedly made contact with the victim, looking up the screenname that the victim provided for him, and found that the profile picture associated with that screen name was of Malley.

VIDEO: Georgetown is having trouble keeping up with its growth