More changes are coming to Georgetown schools due to a bond project voters approved last year. 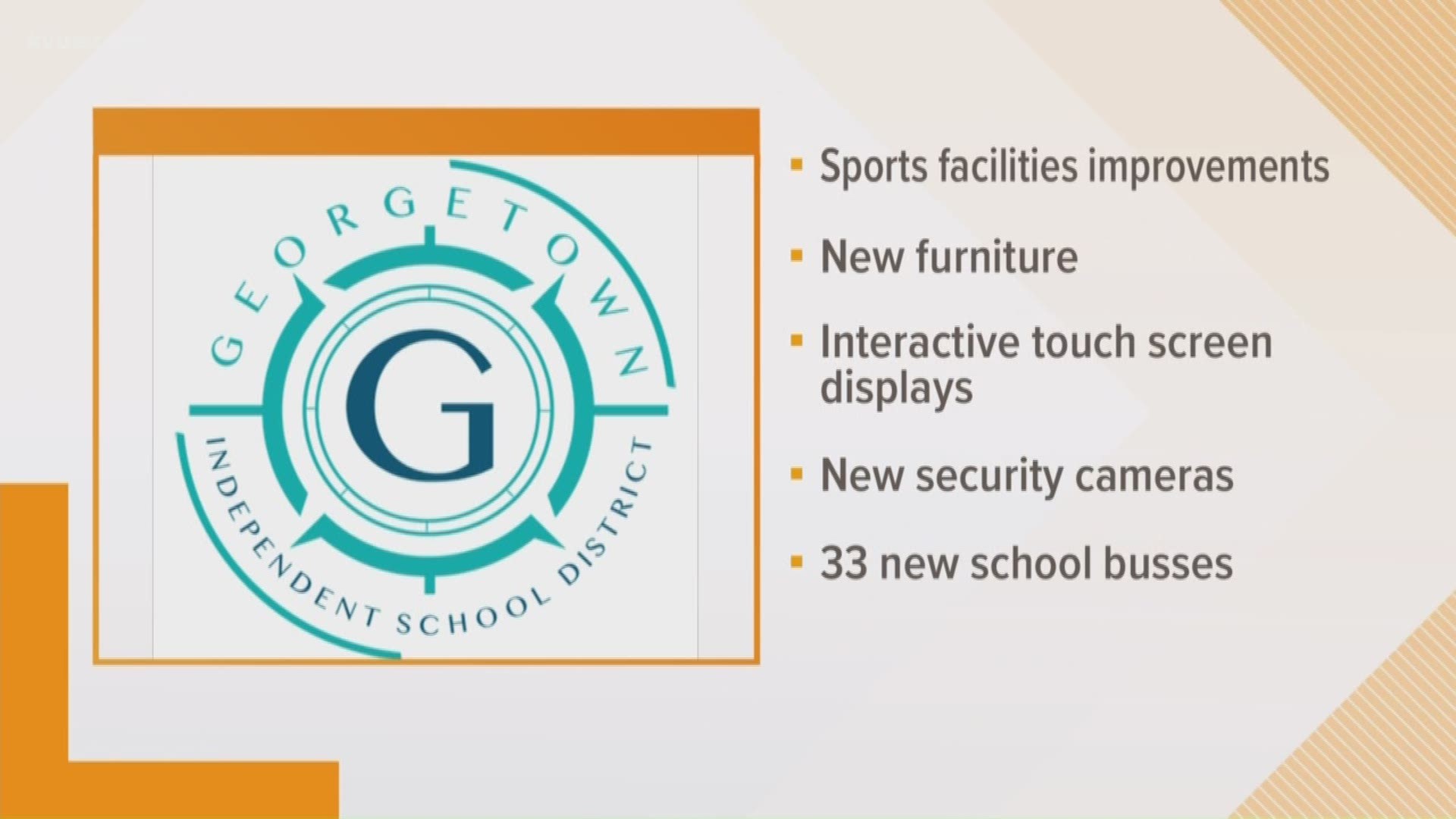 GEORGETOWN, Texas — Students with Georgetown Independent School District are about to see a lot of changes.

Voters approved a $150 million bond for the district in November 2018, and some upgrades have already been made as a result. In January, KVUE reported that crews finished installing new football and softball fields at East View High School in Georgetown.

On Sept. 16, the Georgetown ISD school board met to get updates on the bond project.

RELATED: A look at the bond propositions passed in Hutto, Georgetown and Pflugerville

Construction is underway for improvements to sports facilities at two of its high schools. New bleachers and a press box are coming to Georgetown High School's baseball field, and those are estimated to be finished later in the fall. A wrestling room addition is underway and expected to be completed in February 2020 at East View High.

New "flexible furniture" has been delivered to campuses throughout the district, and by the end of October, the school district expects all schools to have interactive touchscreen displays.

And by the end of the semester, 33 new buses will roll out in the district.

WATCH: Georgetown ranks as one of the nation's fastest-growing cities