On Tuesday, they gathered at Brooke Elementary School to rally against Austin ISD's plan to close 12 schools in the district. 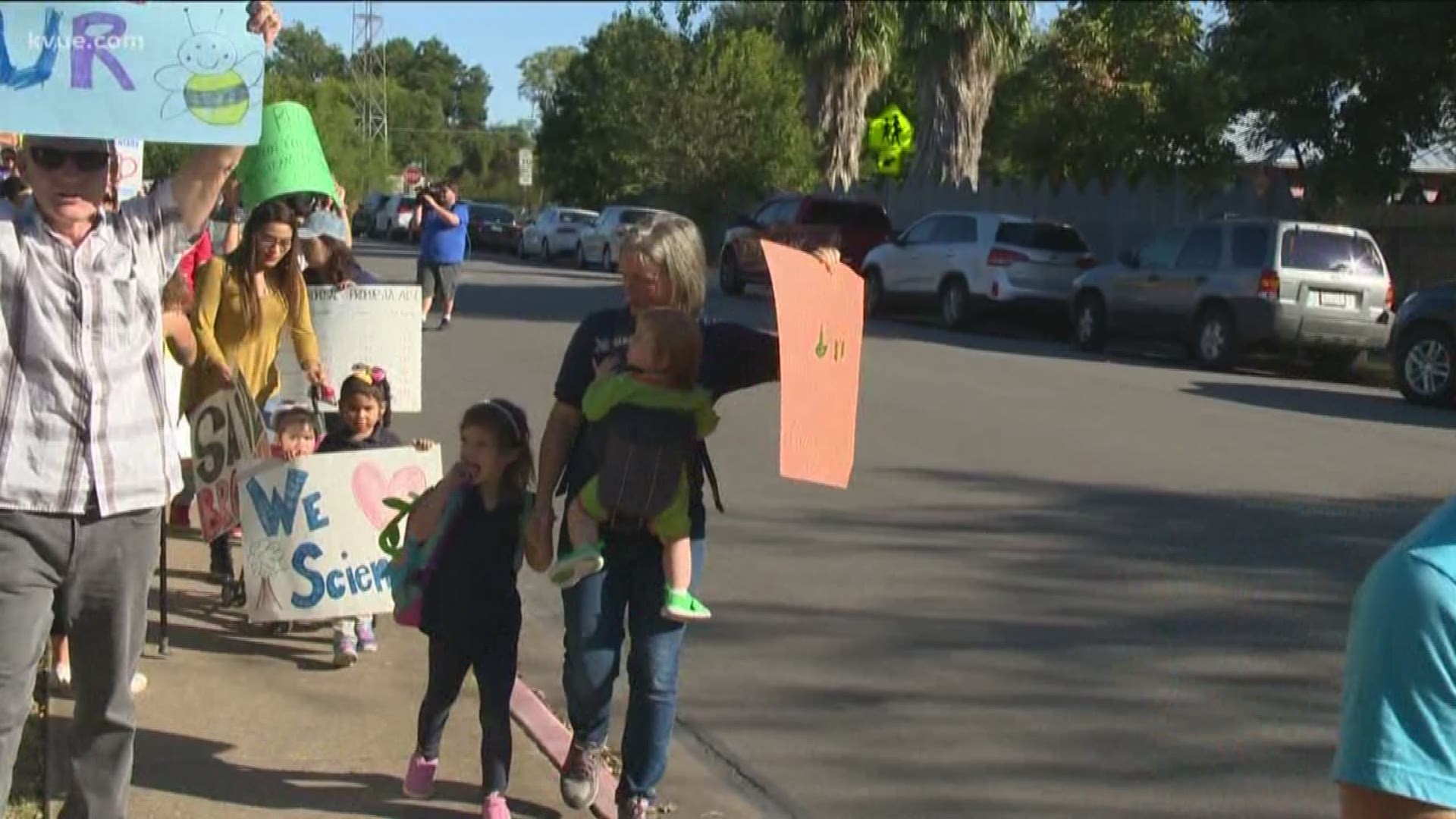 On Tuesday, they gathered at Brooke Elementary School to rally against Austin ISD's plan to close 12 schools in the district.

In September, AISD said that they plan on closing the following schools:

Some parents say the plan unfairly targets schools in East Austin that primarily serve students of color and from lower economic backgrounds.

Others say AISD hasn't involved them in this process at all.

AISD board members are set to vote on the plan on Nov. 18. But they've long said this plan isn't final, and they could make changes based on community feedback.

This gathering at Brooke Elementary wasn't the first instance of parents protesting the school closure plan. In early September, a Change.org petition was started to "Save Metz Elementary School."

The district has been holding community meetings regarding the School Changes plan since late September.