Most school districts suffered some damage last week. Several districts, like Round Rock and Leander, were hit hard. 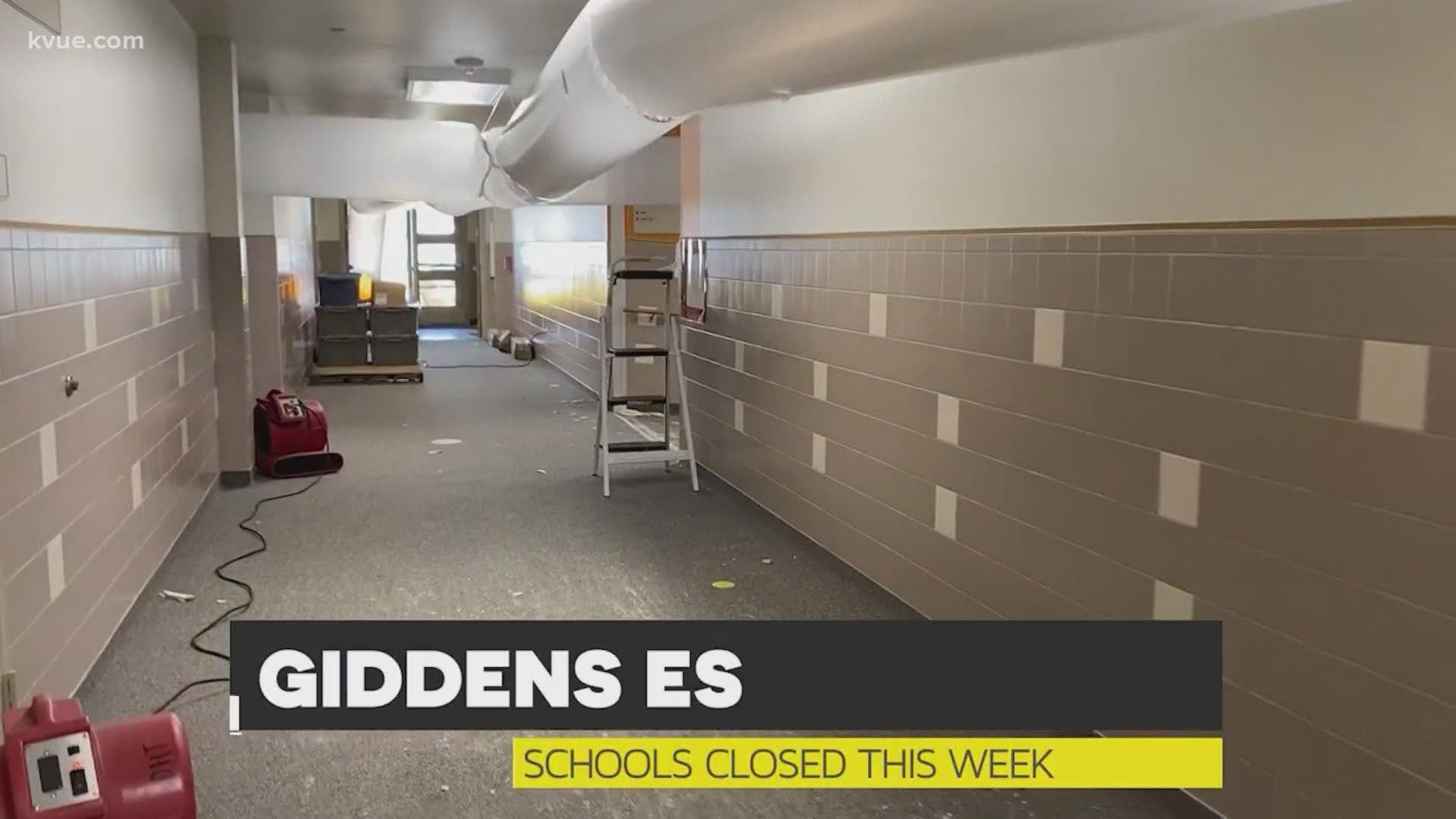 AUSTIN, Texas — Schools across Central Texas are still cleaning up from the winter storms.

Most school districts suffered some damage last week. Several districts, like Round Rock and Leander, were hit hard.

Eanes ISD went back to school on Tuesday and most other school districts head back to class on Wednesday.

Round Rock ISD reports 70% of its schools suffered some kind of damage.

Some school districts, like Marble Falls ISD, are already back to class and they credit the staff.

“Part of the reason we were able to have school on Monday and be able to do it well is because of the unbelievable commitment demonstrated by our janitors, our maintenance and our grounds crews who started working really as the ice and snow was coming down,” said Dr. Chris Allen, superintendent of Marble Falls ISD. “We had people walking buildings on Tuesday – which I'll remind you is that early morning that was coming out of those three-degree temperatures – walking buildings and inspecting them. And we were having buildings checked twice a day, every day, up until the start of school so that as things thawed out, if we had breaks, we could find them, isolate them and repair them quickly.”

Repairs are ongoing at many schools. Robertson Elementary and Deerpark Middle will be fully virtual until next Tuesday, March 2. England Elementary and Brushy Creek Elementary will be virtual Wednesday, Feb. 24 and open for on-campus learning this Thursday, Feb. 25.

Three Hays CISD campuses won't be able to return to in-person learning the rest of the week – Hemphill, Fuentes and Tom Green Elementary Schools. They are still doing recovery work on the campuses, drying out the interiors of the walls that were damaged from broken/frozen pipes.

5 ERCOT board members who live out of state to resign following devastating storms, power outages