The two students were transported to the Juvenile Justice Center in Williamson County, police said. 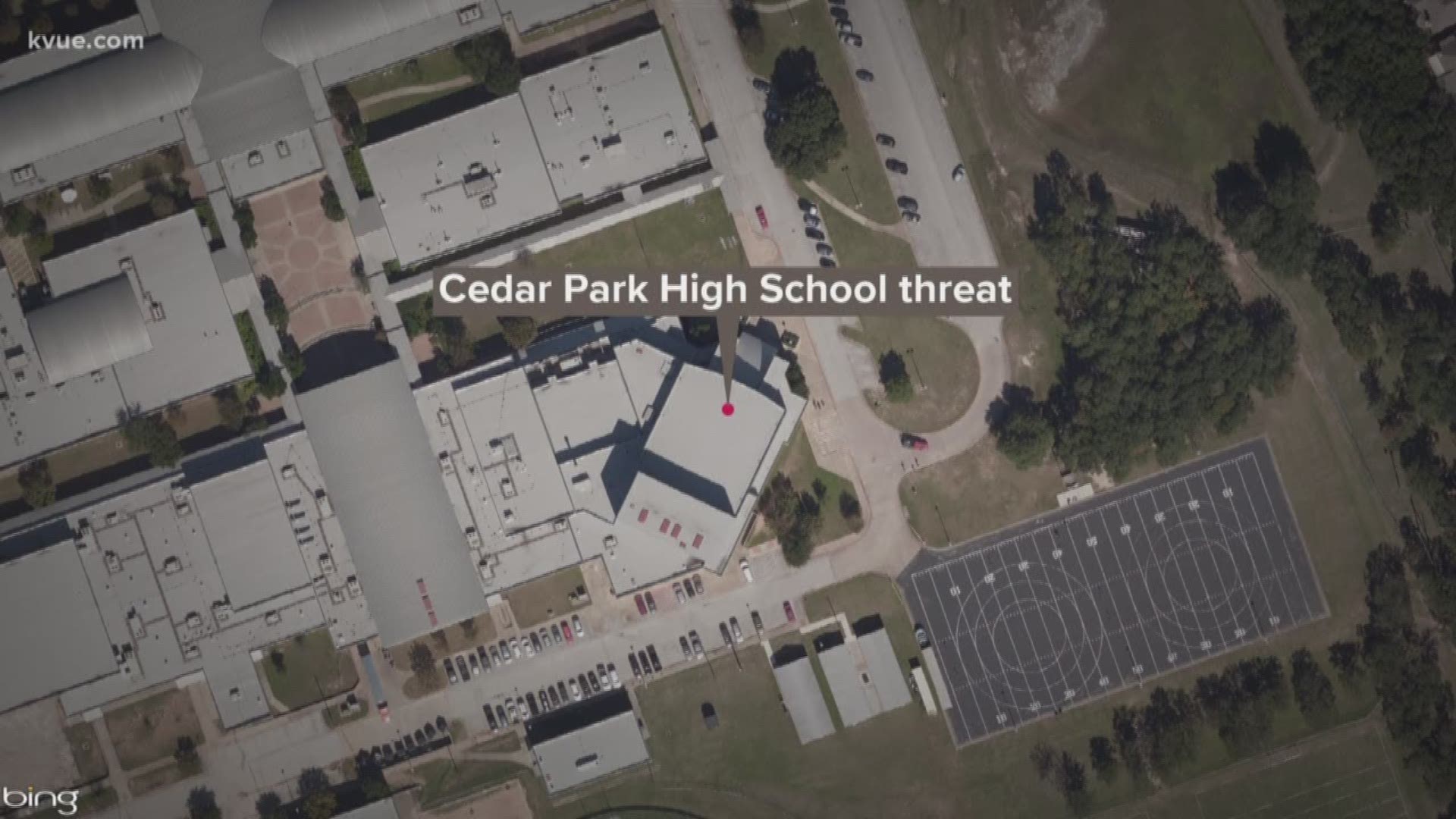 CEDAR PARK, Texas — Two Cedar Park students have been arrested after they were accused of making terroristic threats towards Cedar Park High School, according to police.

The Cedar Park Police Department said that on Wednesday at 9 p.m., officers received a call from a parent who said her child showed her a video posted on social media of two boys threatening to cause harm to those at school.

Police were able to identify the two students seen in the video and arrested them early Thursday morning for terroristic threat.

The two students were transported to the Juvenile Justice Center in Williamson County, police said.

"While we do not believe there is any active threat to students and staff, this remains an ongoing investigation and to ensure safety, we will have extra patrols monitoring the Cedar Park High School campus," CPPD said.

Police want to remind parents and students that if they see something, say something.

"Violent threats are no joking matter and are taken seriously by our officers and agency partners," police said.