The AISD board is expected to vote on closing Pease Elementary and three other schools in a meeting Monday night. 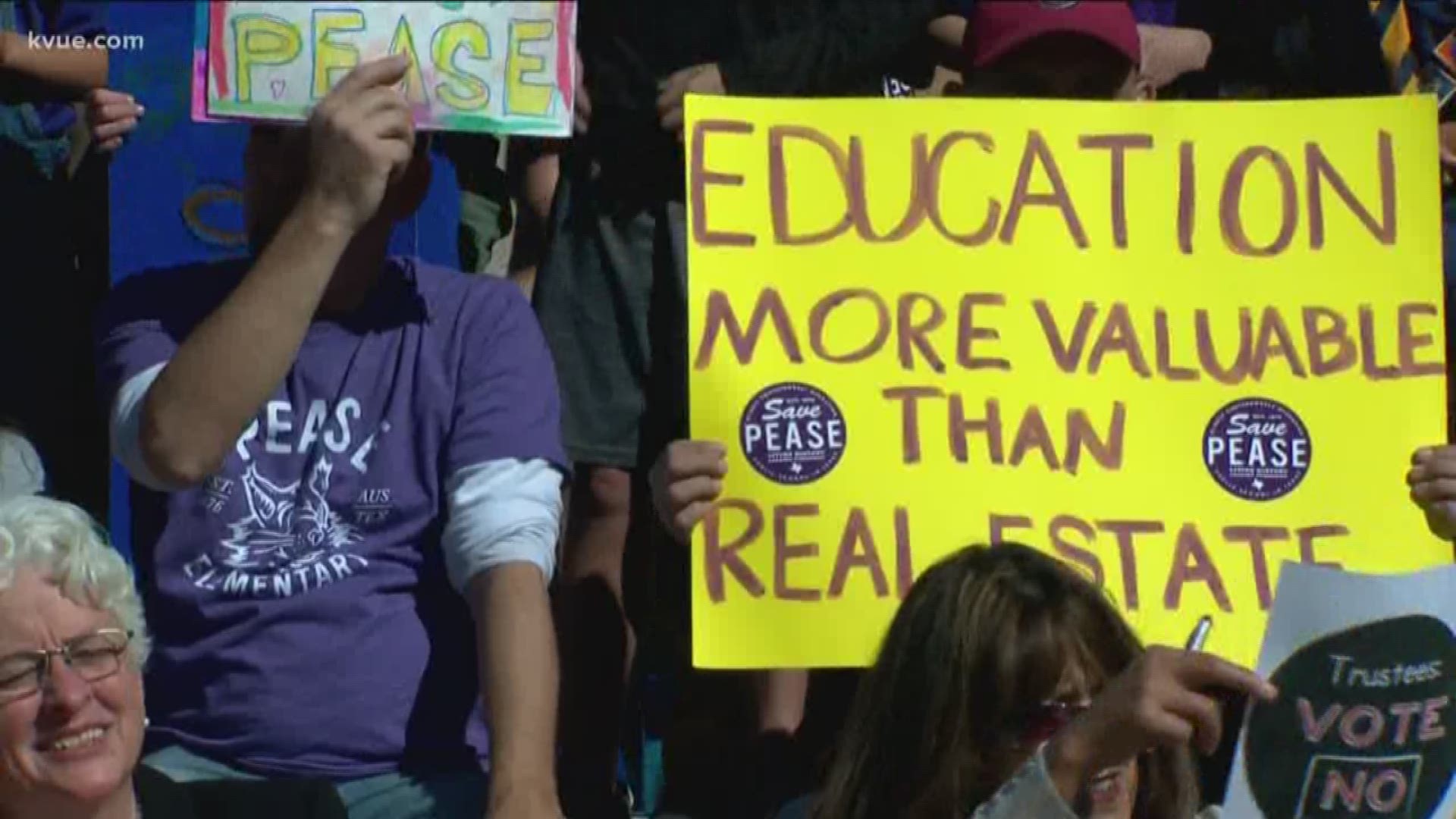 AUSTIN, Texas — Dozens of students are participated in a walkout at Pease Elementary School Monday morning.

The students walked out of class and marched to Austin City Hall, where a state representative held a press conference to stop the Austin ISD school closures.

Four schools are expected to close in the AISD, including Pease Elementary. The district originally planned on closing 12 schools, but it received pushback from the community.

"We don't want Pease to close we don't want any other AISD schools closing," said Diana Pittman, the mother of one student whose second student would attend next year.

The other schools listed in the updated closure plan include Sims Elementary, Metz Elementary and Brooke Elementary.

Once at City Hall, the protestors were joined by elected officials.

"I'm standing today, if you look around you, with a broad cross-section of our community," said Jeff Travilion, a Travis County commissioner. "How do we work together to build plans to make sure we acknowledge all of those things that we have experienced that have brought us here today?"

"The community needs to be with us as elected officials when we make decisions that affect the entire community," said Austin Councilmember Leslie Pool. "When we rush forward with our decisions, we stop listening, we stop serving the very people who put us here. We need to slow down and listen."

Education Austin, AISD teachers and employees have all come out against the closure plan.

“When I first read the version two of the changes scenarios, my first impression was that it was extremely rushed and there’s still a lot of uncertainty, and the district is still trying to ram it through for a vote on Nov. 18," said Stephanie Leach, a Ridgetop Elementary parent.

The AISD board is scheduled to vote on the updated school closure plan during a meeting Monday night. The meeting will begin at 6 p.m., an hour earlier than normal because so many people signed up to comment.

Discussions on the closures will not begin until the end of the meeting.