According to health officials, Stage 5 social distancing recommendations will stay at six feet, while other stages will be updated to the CDC's three-feet guidance. 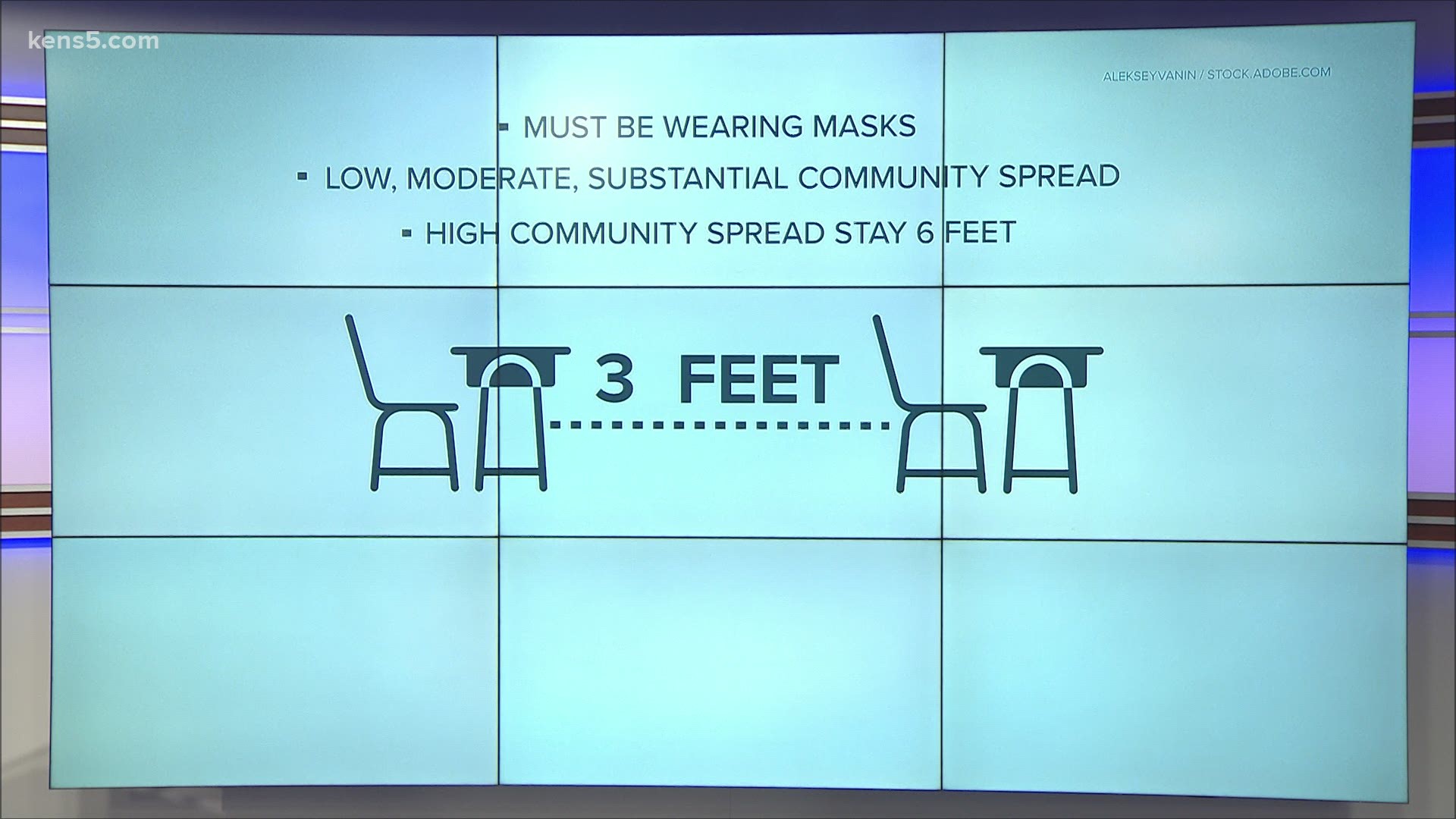 Austin Public Health (APH) is expected to drop its social distancing recommendations from six feet to three feet, following in line with updated CDC guidance. APH Health Authority Dr. Mark Escott said this update would be provided to schools "in the next week or so."

In Tuesday's joint meeting between APH, City and County leaders, Escott said the distancing recommendation of six feet would remain in Stage 5 COVID-19 risk-based guidelines, but added the recommendations for other Stages would be updated to three feet.

Austin is currently in Stage 3 COVID-19 risk-based guidelines under the recommendation of APH.

"Some folks have asked, 'Well, does that mean three feet of distancing is OK in every setting,' and the answer is no," Escott said. "The study that was done, was done in a school situation. And schools are a very different setting. We think about classrooms ... we've got desks facing in the same direction. We've got protocols in place. That's a much different situation than being face-to-face where individuals are more likely to be exposed rather than all facing in the same direction."

In the Austin area, the positivity rates among school-aged children were as follows:

The new CDC guidance was announced in light of a recent study in Massachusetts that looked at infections of students and staff members in schools that used the three-foot standard and those that used the six-foot one. It found no significant difference in infection rates.

One was a study in Utah that found low coronavirus transmission rates among students who did a good job wearing masks and whose desks were only three feet apart. The other study, done in Missouri, pointed to a similar conclusion, Massetti said.

The updated APH guidance also comes on the same day the Texas Department of State Health Services (DSHS) announced it would expand COVID-19 vaccine eligibility to all Texans, starting March 29.

'What are we going to do?' | Downtown Bertram, businesses devastated by storm damage