Teachers are working hard to keep kids learning from home. One teacher decided to take her students on a Great American History Road Trip. 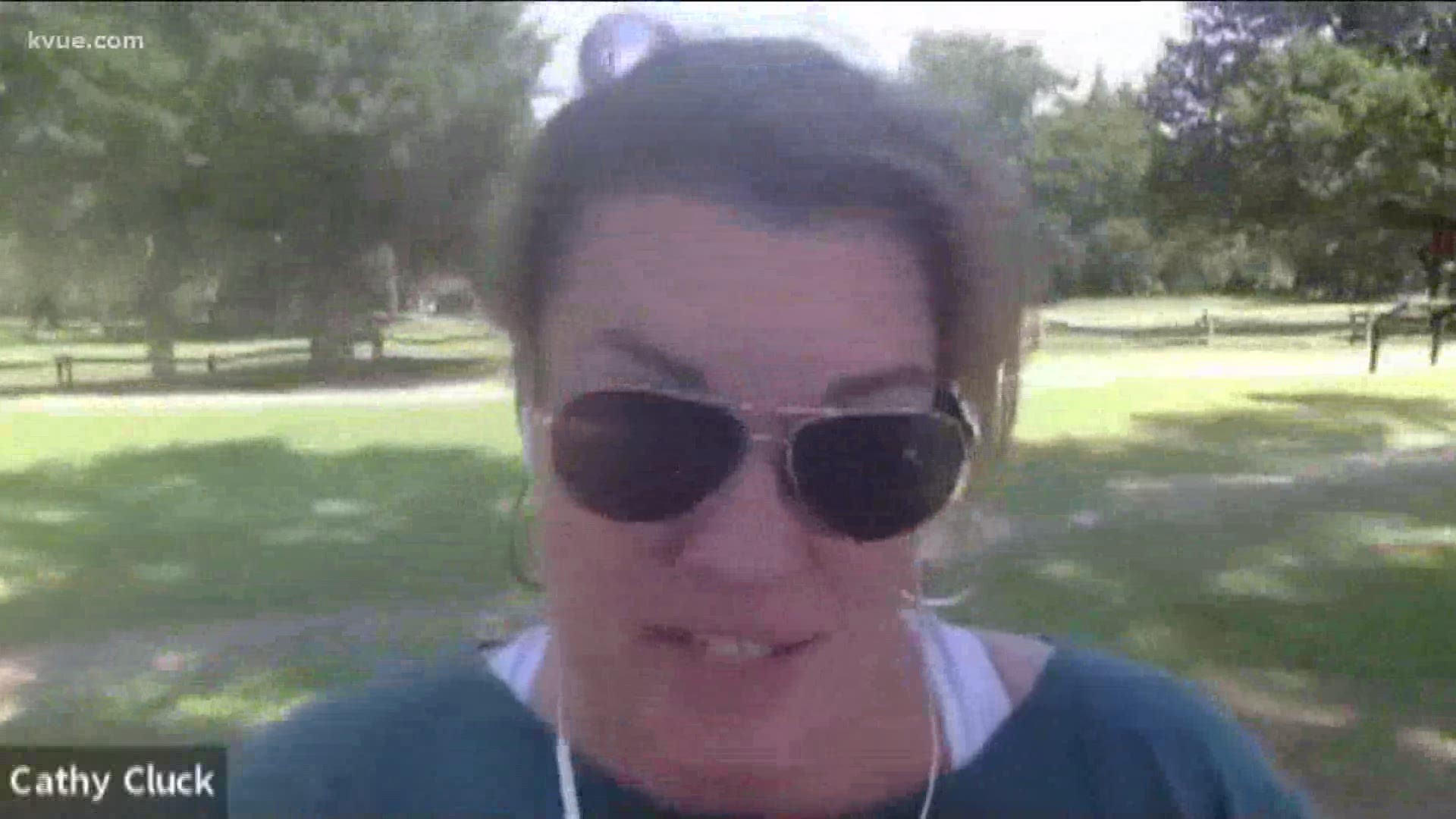 AUSTIN, Texas — Editor's note: KVUE is recirculating this article in light of World Teacher's Day, a day dedicated to honoring teachers, on Oct. 5. KVUE encourages teachers to sign up at TeachersCan.org to win “wish lists” for classrooms.

There's something about a road trip that opens your eyes in ways you never imagined.

“We're in Yorktown on our way to Washington, D.C., our nation's capital,” said Cathy Cluck, a history teacher at Westlake High School.

She is starting the year like everyone else, teaching virtually. But with the blessing of her principal, she took her lessons on the road, driving 1,500 miles from Austin all the way to Virginia.

“Get a laptop, grab a hotspot, just go,” she said.

In Jamestown, she showed students where the first slaves were brought into America.

"There's the James River. This is the first English settlement that lasted in America," she said.

She's had her share of challenges – a nail in her tire, spotty internet and at the end of a lesson in our nation's capital, blaring music from a crew setting up for an event on the Washington Mall.

“Any questions?” she asked. "I don't know that I could hear you even if you have one, so type a question in the chat."

At a time when teachers are working really hard to engage students through a screen, Cluck has found a way to cut through the chaos and connect with her students.

“While we're here, let me give you a quick tour,” she said to her students in one lesson.

She’s taking them places many have never seen.

"It's just fun. She makes it fun," said 11th-grader Julie Franco. "It's the class I look forward to because there is more going on. It's more exciting than here are the notes, here is the test – you know, that kind of thing."

“Here’s the Lincoln Memorial, the Washington Monument,” said Cluck, smiling as she nearly hit a bicyclist. “I almost walked into a guy riding a bike. And there's the Washington monument. How cool is that?”

“I was in the middle of a lecture on early colonial America and I'm sitting at the Lincoln Memorial and these four black Suburbans drove by. All of a sudden I stopped in mid-sentence and said, 'You know, all these black Suburbans just drove by. That's like the FBI director or something.' They just started laughing. I'm like, 'I don't know. In my mind, that's what it is.'”

History isn't usually the class students get excited about, so Cluck hopes it's about more than that.

“Obviously I want them learning, but I also want them to know that that there is a whole big world to explore and people to me outside of their little circle, so hopefully some of that is coming across in the teaching,” she said.

In a world where we've all had to adapt to change, getting students to open their eyes may just be the greatest lesson of all.

"I think I'm going to let you all go, find another location. Bye, I'll see you all tomorrow," she said leaving Washington, D.C.

A lot of people have asked if Cluck’s school district paid for her trip. Eanes ISD did not. She did this all on her own with approval from her principal and superintendent.

She plans to be back in Austin in time for in-person classes to begin Sept. 8. Cluck has been sharing portions of her lessons online. You can check them out for yourself here.