On Nov. 18, the Austin ISD Board of Trustees voted to close Pease, Sims, Metz and Brooke elementary schools by the beginning of next school year. 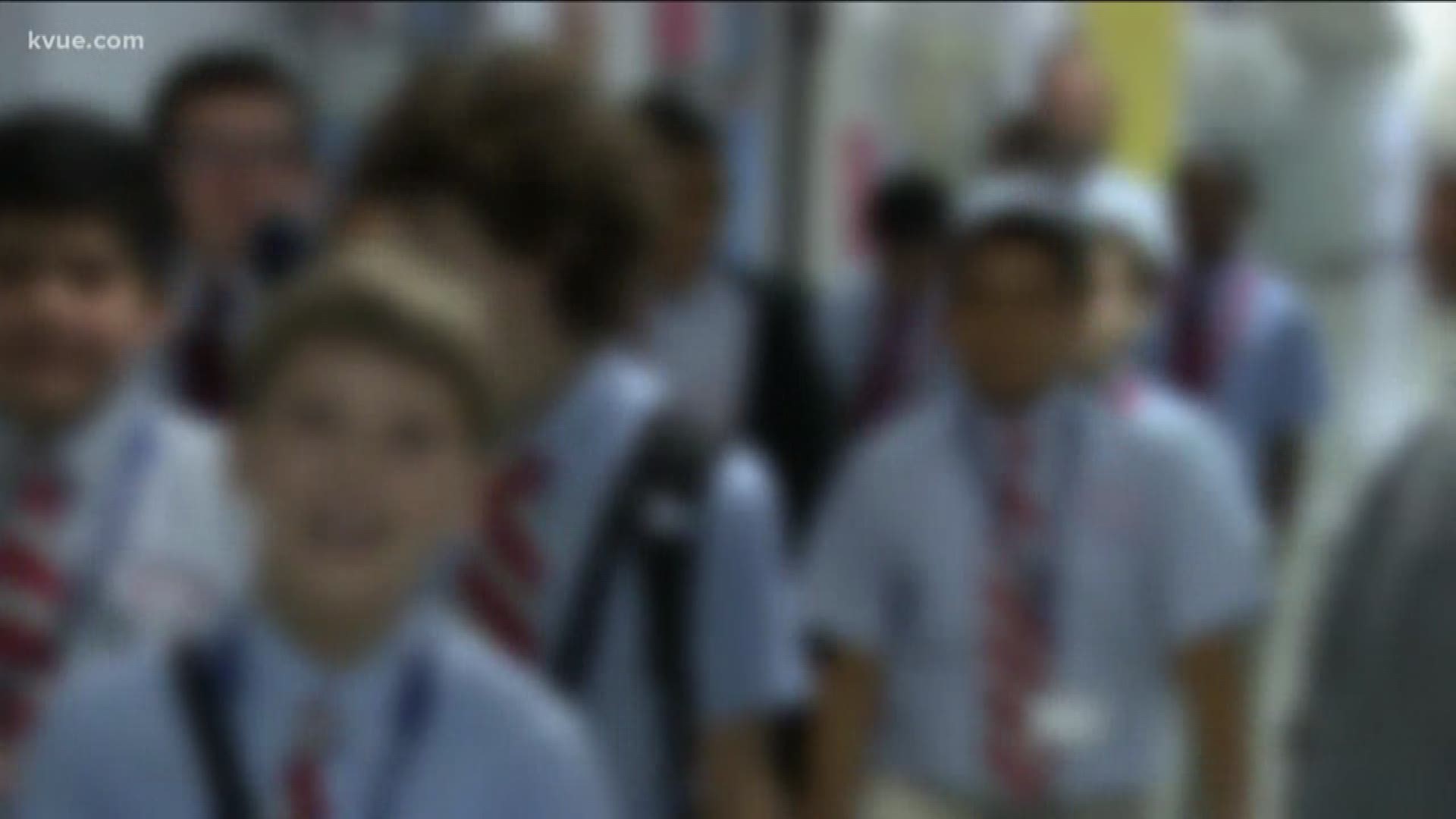 AUSTIN, Texas — A week after Austin ISD voted to close four schools, the City's Human Rights Commission wants the district to issue a public apology over the closures.

On Nov. 18, the Austin ISD Board of Trustees voted to close Pease, Sims, Metz, and Brooke elementary schools by the beginning of next school year.

Sims, Metz and Brooke are located in East Austin. More than 90% of their students are considered economically disadvantaged.

At its meeting Monday night, the Human Rights Commission voted in favor of the recommendation to ask the city council for support in requesting a letter of apology from AISD.

Commissioners said they felt a letter is appropriate after at least 80 people spoke against closures at last week's AISD board meeting.

Many called the district's plan racist because it mostly affects black and Latino families.

"I think that's about the least thing the district could do at this point," Commissioner Jared Breckenridge said. "Those communities, they deserve at least for the district to acknowledge that they have, once again, done something like this again to that community."

"If you're closing a school, that affects the infrastructure of a whole family and the district should be accountable to the people that are supporting it," Commissioner Courtney Santana added.

As part of the recommendation the commission will submit to the city council for consideration, it also wants AISD to come up with a plan to protect communities of color affected by the closures as its trustees consider what to do next with the vacant buildings. That process will likely include community input.

"It's just odd to me that 80 people spoke in opposition – their voices weren't heard. And now, you're going to hear their voices when they told you not to do this thing?" Commissioner Jamarr Brown said.

According to our partners at the Austin American-Statesman, the district said closing schools will save money on maintaining and operating old school buildings. The money saved would go toward things like improving academic programs and teacher pay.

Monday's recommendation by the Human Rights Commission will now head to the city council for review.