The agency would not, however, identify the high school. 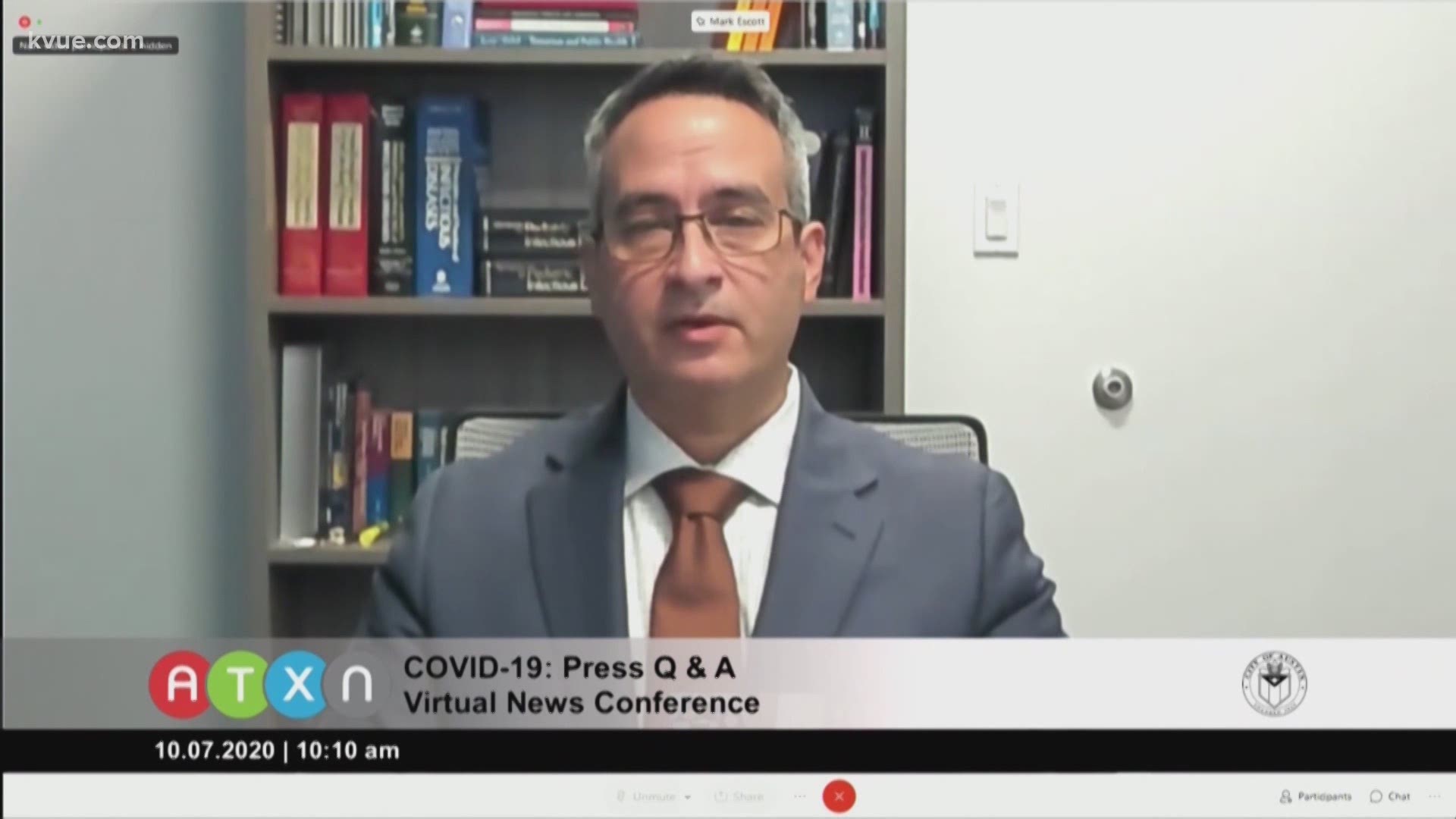 AUSTIN, Texas — Multiple high school students have tested positive for COVID-19 after a weekend party, according to Austin's top doctor.

"The preliminary data from that investigation indicates that six individuals from that party have tested as COVID-19 positive and another 58 are quarantined as close contacts," Dr. Escott said.

During the briefing, Dr. Escott also warned APH is seeing additional clusters associated with students outside of the class environment.

"We are seeing the same pattern that we've seen in the past in that they seem to be happening in extracurricular activities, such as football and volleyball, as well as in parties," he said.

During a press conference Wednesday, Escott said criminal charges could be possible.

“Certainly, if we find evidence that a law was broken by hosting that gathering, then we will refer those for criminal charges,” he said.

APH is calling on parents to guide their children against large gatherings like this, saying that although the COVID-19 risk for youth is low, they can still spread it to family members.

“Again, advice to parents is to be reasonable. Understand that this disease has not gone away and that there are risks," said Dr. Escott. "The risks for young people are small, but they’re larger than zero. And, certainly, if an individual suffers a serious illness or death, then I do think more serious charges should be referred."

On Monday, Round Rock ISD told parents, students and staff that a staff member at Stony Point High School tested positive for COVID-19, and the entire football team has to be quarantined for two weeks.

As a result, the school had to postpone two of its upcoming football games against Vandegrift High School and Cedar Ridge High School.

On Tuesday, Pflugerville ISD shared that the Weiss High School football team will also have to postpone two games because of a COVID-19 case and exposure among its coaching staff. Its football program is on hold for two weeks.

"We still want to avoid the risk of spreading disease among a group that is close to one another, particularly for an extended period of time and without masking. So, we will encourage our high school and college students to be safe," Dr. Escoott said. "I will encourage the parents of our school children to remind their children that avoiding those activities right now is important not only for their health and their family's health but for their community's health."