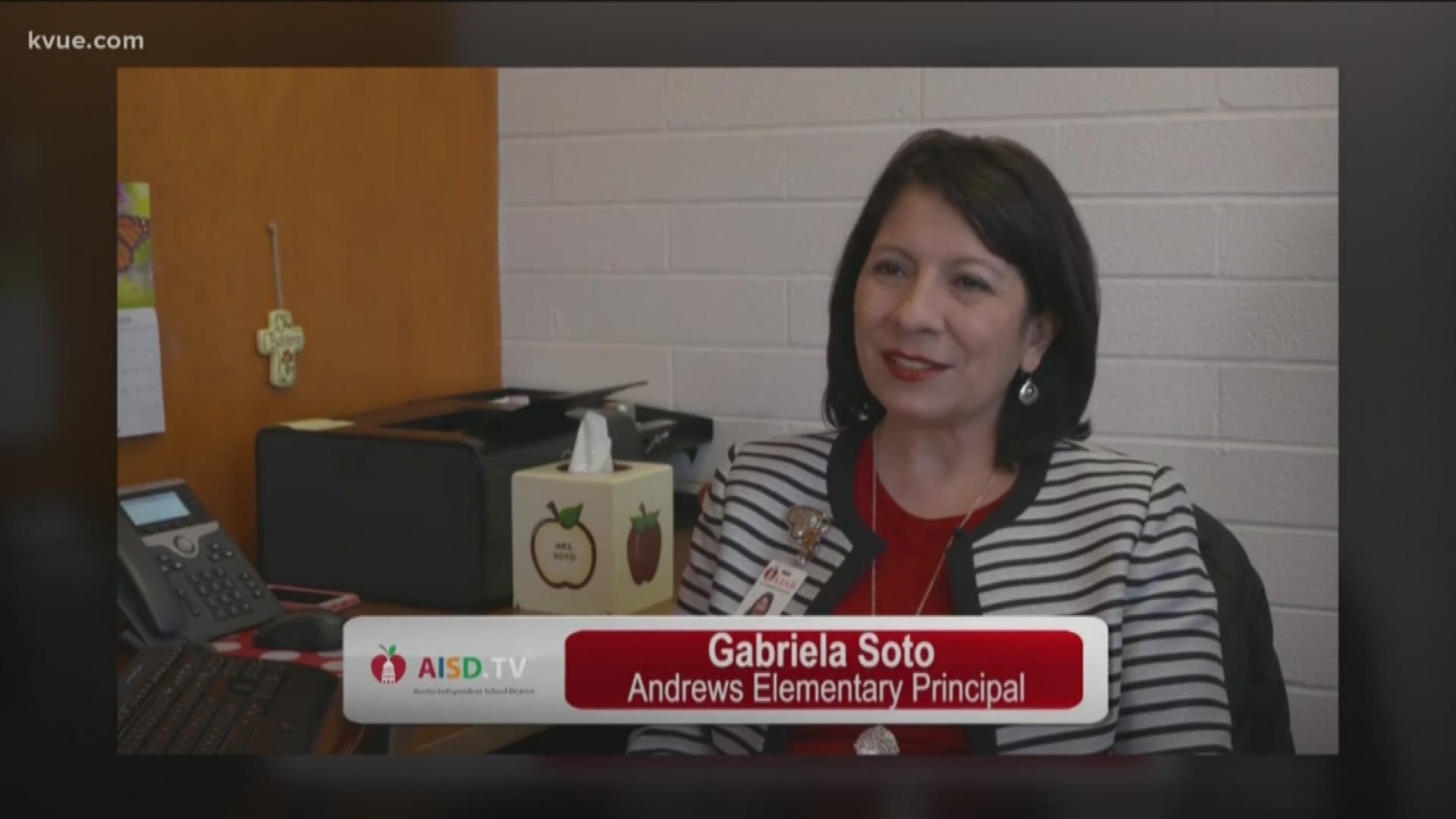 AUSTIN, Texas — An Austin principal has been removed from her school after allegations claimed she discriminated against immigrant parents.

"I wish to inform you that your current principal, Gabriela Soto, will not be returning. Please be assured that we will continue to review and address the concerns that have been brought forward regarding Andrews Elementary," Betty Jenkins, district executive director, said in the letter.

A member of the East Austin School Manifesto Coalition told KVUE that "children, parents and staff suffered daily from an onslaught of anti-immigrant bias, racial slurs, bullying, threats, intimidation and retaliation for over a year."

The letter goes on to say that Ms. Diana Vallejo will continue to serve as the school's substitute principal.

"We will work to create the safest possible environment for Andrews students, families, and employees, providing them with the foundation needed to learn, thrive, seek assistance and information, and reach each child’s potential in an education-focused environment, free of insecurity and fear, regardless of immigration status," the letter said.

On Thursday afternoon, parents met with community members to discuss the issues regarding Soto.

Soto was placed on approved leave since March 25 and was expected to return to the school on April 28, according to Austin ISD. The district is now reportedly looking to see where she will be transferred.

"Just shuffling her around to another position will reflect that the district will not adhere to the policy in welcoming immigrants," Harrington said.

Substitute principal Diana Vallejo will stay on in that role, and the district says it hopes to work with Vallejo to create an environment free of insecurity and fear, regardless of immigration status.

Soto had been the principal of the school since January of 2018.