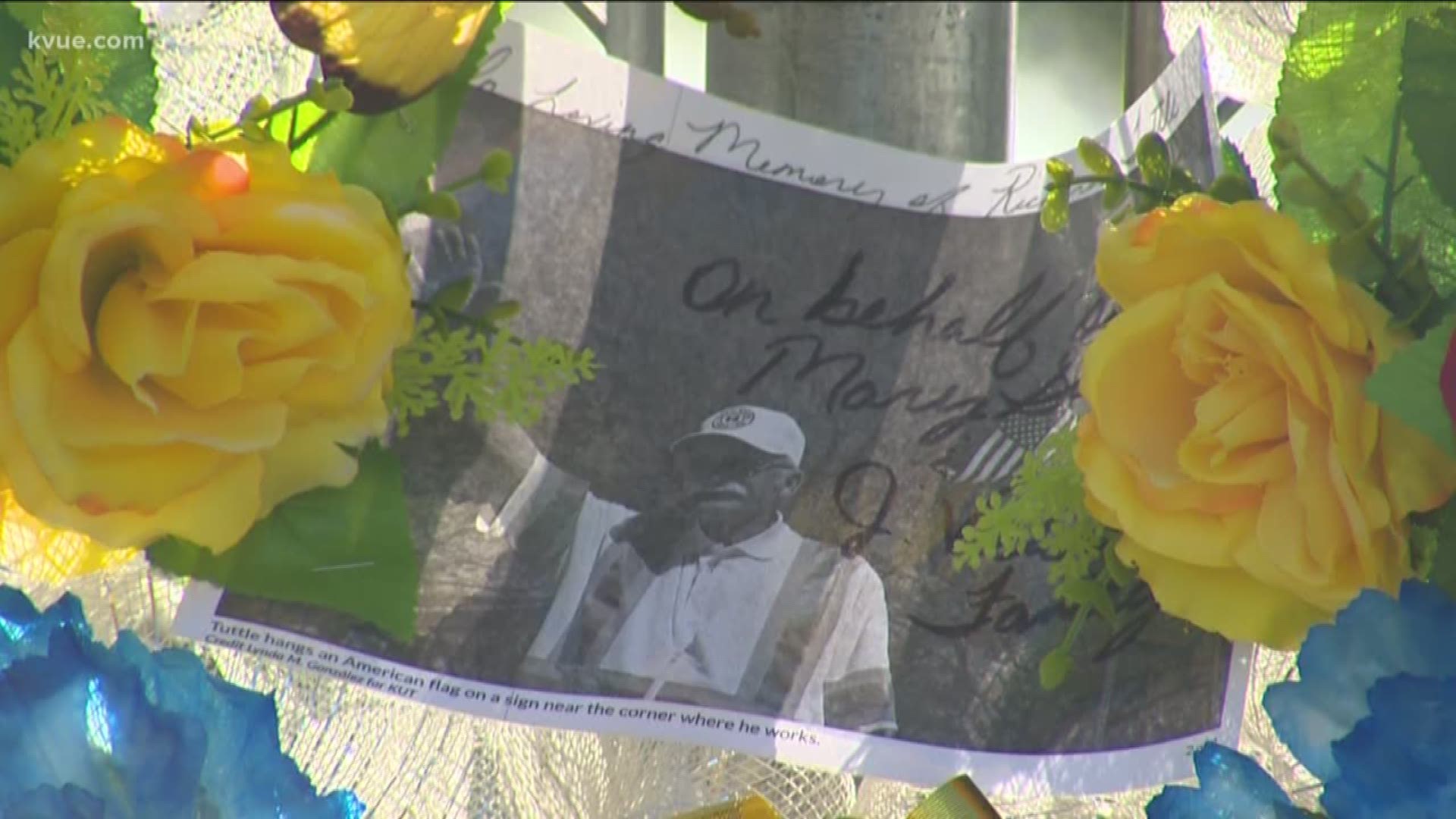 They remembered 78-year-old Richard Tuttle, who served the corner of Pleasant Valley Road and Palo Blanco Lane just outside Mendez Middle School. He worked as a crossing guard for 15 years.

The balloon release took place at his street corner, where a growing tribute is marked by candles, flowers and American flags.

Tuttle died from a heart attack on Nov. 1.

Those who showed up to remember him said being a crossing guard wasn't just a job for Tuttle.

He impacted so many lives, like neighbor Sammy Salas. Salas recalled to KVUE that he once fixed Tuttle's air conditioning unit for him. In exchange, he said Tuttle cooked him a brisket.

He remembered seeing the 78-year-old every single day.

"Actually it would bring a smile to us when he'd come by here and he'd wave at you and yell at you, tell you, 'Be careful,' 'Have a good day at work,' 'Don't work too hard,'" Salas said.

Salas said he wants to be just like Tuttle when he grows up.

"A lot of people wished they could have done what he did for 15 years. I hope someday I get to come out here and sit, be a cross(ing) guard," Salas said. "Because it was very nice, he was a very nice guy. He waved at everybody, said, 'hi' to everybody, talked to all the kids. He talked to all the parents. He was very kind."

Tuttle's great-nephew, Chris Nunez, said it was nice to see the community show up for the crossing guard.

"It's kind of moving to see the community really loved my uncle. He did this for over 15 years and this gentleman, right here, went to school here and he knew him. He's in high school now, but he knew him when he came here. Just to see other people besides my family loved him, came to release balloons and celebrate his life because they remembered him," Nunez said.