The Grisham Grizzlies and Hernandez Bulldogs are teaming up to help people in Tanzania. 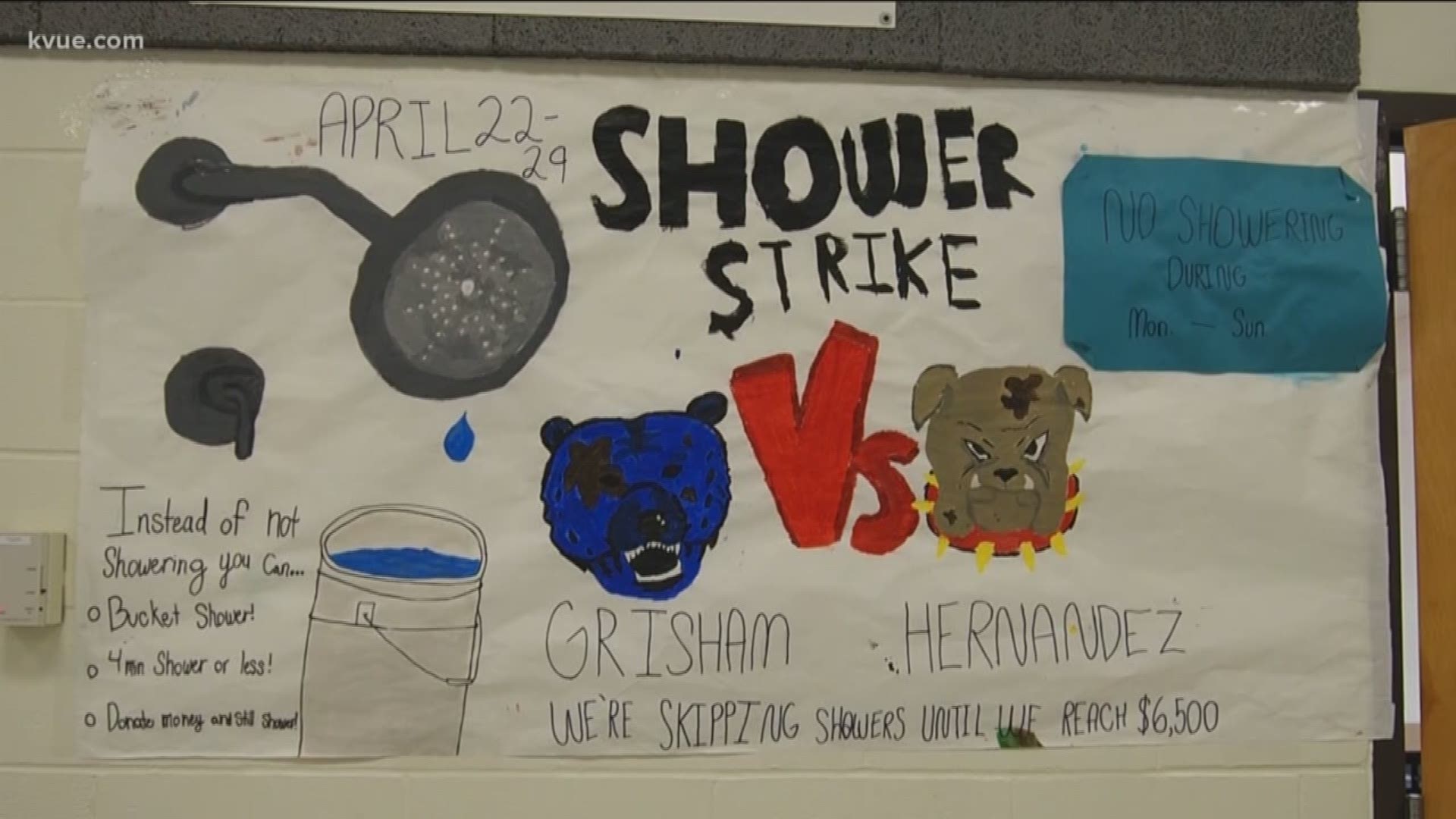 AUSTIN, Texas — What do you get when you add middle schoolers and not showering for a week?

IB Coordinators for Grisham Middle School and Hernandez Middle School, Dana Browning and Emilee Hinegardner, have been assisting with teaching students about the United Nations' Sustainment Development Goals. This week, they're working on goal number six: Access to clean water.

Grisham and Hernandez students have been learning about communities in East Africa that have trouble accessing clean water. They've also been learning about Well Aware, an Austin nonprofit that provides innovative and sustainable solutions to water scarcity and contamination in Africa.

Well Aware has been conducting the "Shower Strike" for over a decade.

RELATED: Mingle with comedians at the Moontower Comedy Festival

The students got to choose between three options for the Shower Strike: no shower at all; a bucket bath; or a four-minute and 22-second shower, which uses about five gallons of water.

The schools' fundraising goal was $6,500, but they reached and surpassed that goal by raising over $13,000 for Well Aware.

Although it’s been a friendly competition between the schools, everyone involved is excited to be helping out kids across the globe.

Student Krish Arora summed it up by saying, “People my age – just because they were born on the other side of the world, doesn’t mean they shouldn’t have as good of a life as we do.”

If you want to help the schools reach and surpass their goals, click here.