Organizers said they are pushing for the Texas Education Agency and Austin ISD leaders to find a new strategy so there aren't staff shortages. 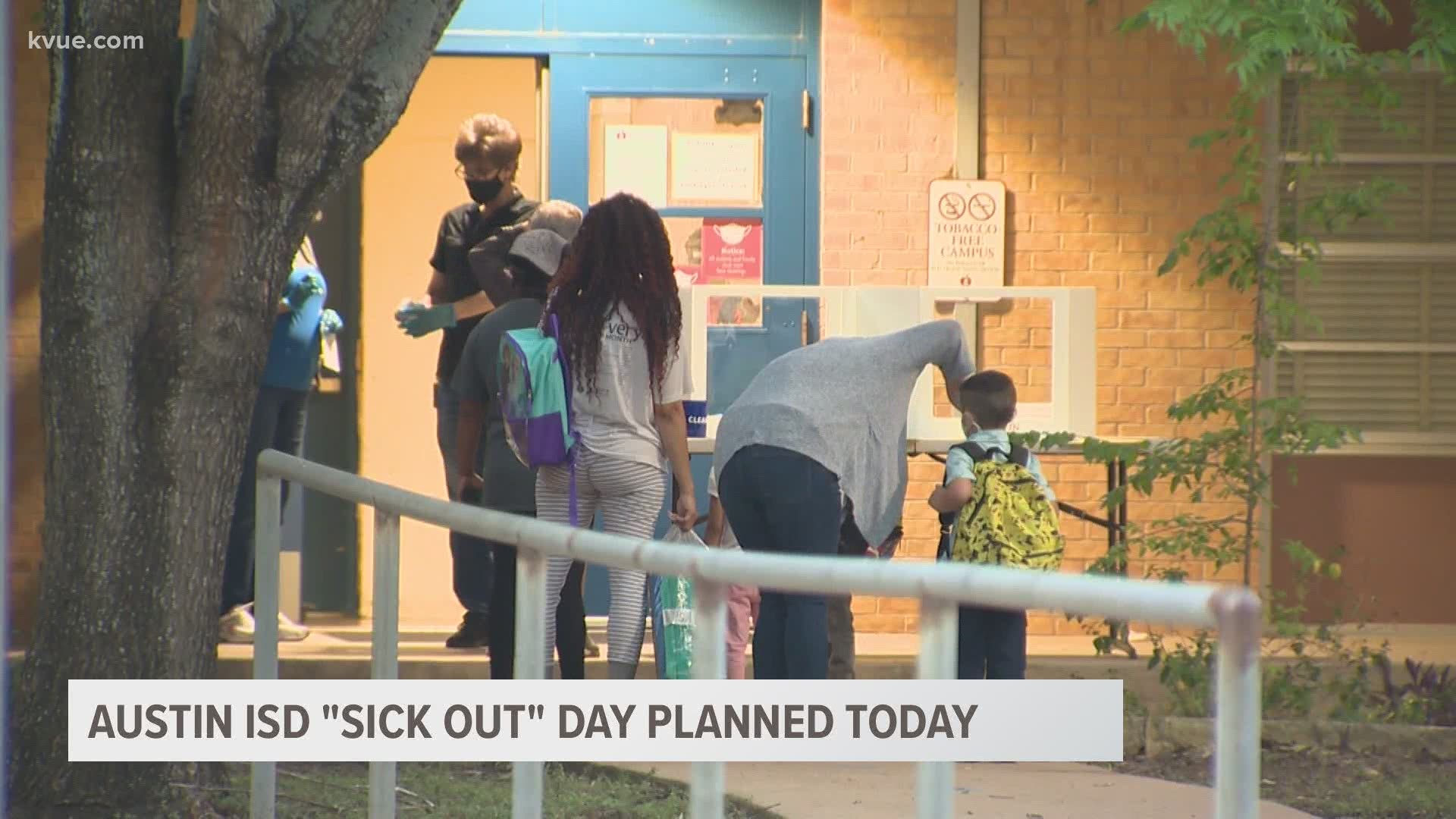 AUSTIN, Texas — Some Austin Independent School District (AISD) students have planned a "sick out" day for Wednesday to support teachers and staff and to protest reopening policies at schools.

Organizers of the "sick out" day said more teachers are resigning every day because of the conditions amid the reopenings. They are pushing for the Texas Education Agency (TEA) and AISD leaders to find a new strategy so there aren't staff shortages.

This is not the first group to protest against AISD's reopening plan.

On Sept. 26, protesters rallied at Austin ISD headquarters, asking district leaders to push back its reopening date, which did not happen.

AISD schools reopened at 25% building capacity on Oct. 5 and are expected to reopen at 50% capacity on Monday, Oct. 19.

At the beginning of October, hundreds of Austin ISD teachers vowed not to return to campuses because they are concerned over the threat of COVID-19 on campus and said they will only continue teaching in a virtual setting.

KVUE spoke with an Austin ISD teacher who said he has no plans on going back anytime soon because he said it's just not safe for his students.

"We have a lot of African American, a lot of Hispanic students. And just with the data that shows that that population of people, because of lower access to PPE, the spread of the virus is bigger ... Now, our students live in multigenerational households. So with students that can get it and be asymptomatic, they might pass it on to their grandparents or their internal schools or, you know, their older cousins who they're living with in one apartment," Nathan Baladez told KVUE.

An AISD spokesperson said out of the 5,500 active teachers, 104 were absent on the first day of reopening. The spokesperson also said there were 123 central administration staff on campuses to support the return of students.

Oklahoma, TCU losses open eyes to Texas' mediocre record over the past decade