On Nov. 18, the Austin ISD school board voted to approve the closing of Sims, Pease, Metz and Brooke elementary schools. 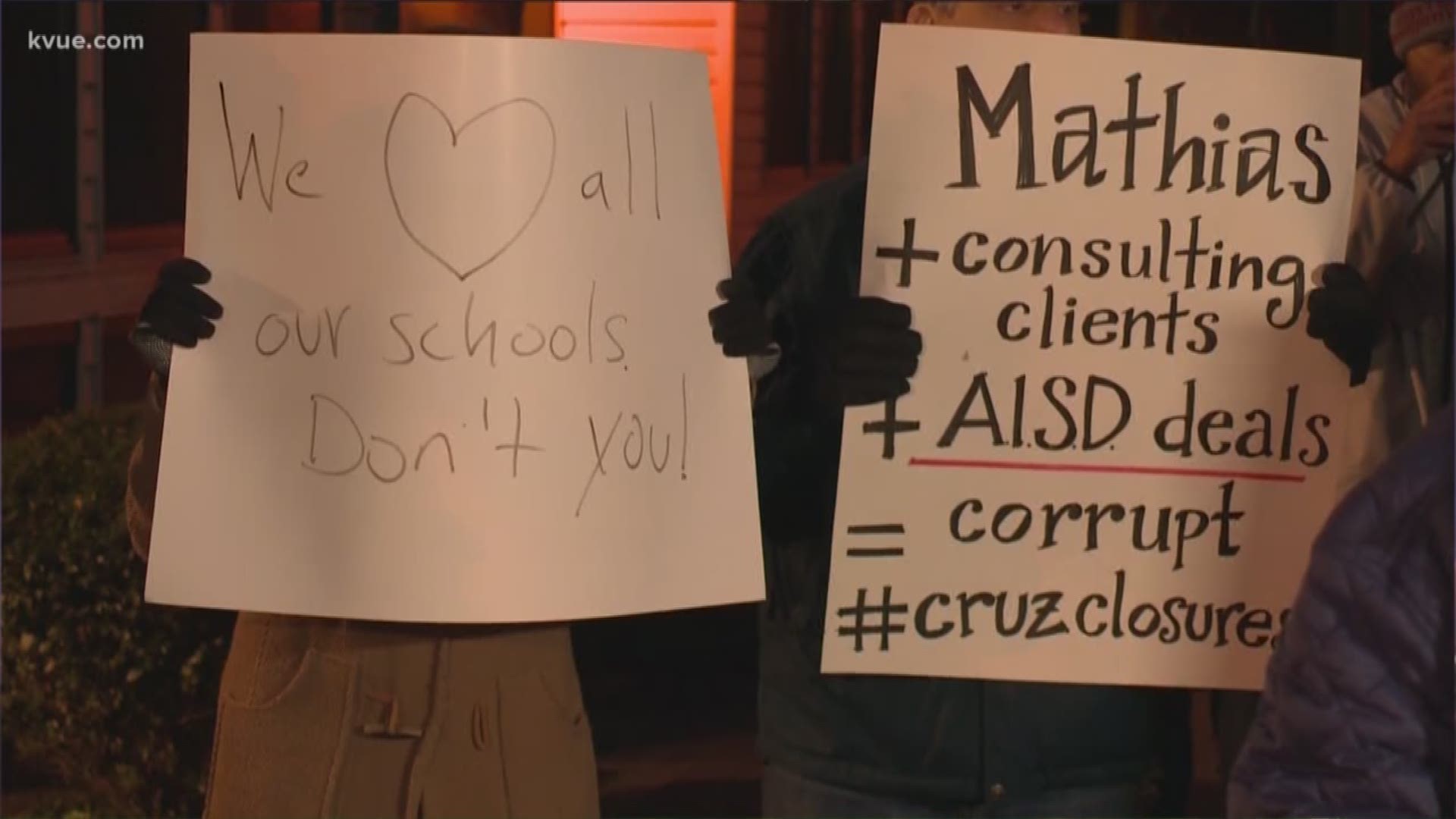 AUSTIN, Texas — At a press conference on Monday, the Save Austin Schools coalition and others called on Austin ISD trustees to reconsider their vote to close four elementary schools.

"That school closure is the one that grabbed my heart and woke me up from the very beginning," Moelita Lugo, a Pease parent, said. "The other thing about school closures is that it's clear again that the district has dug their heels in and spent too much political capital on a false narrative of either-or choices."

The parents at Monday's press conference believe the whole process was rushed.

A press release KVUE received from Save Austin Schools read, "The rushed and tainted process has resulted in more unanswered questions, severe damage of Austin’s reputation as a progressive city, and growing public distrust of Austin ISD’s ability to educate our most vulnerable Austinites."

AISD has said in the past that one of the goals of the school changes is to get students into modern spaces and in the best learning environments possible. In a statement sent to KVUE on Monday, a district spokesperson said:

"Austin ISD appreciates the passion and interest of our families in district decisions. We are committed to ongoing, two-way dialogue with our families and stakeholders."