The plan to close 12 schools is not final yet. The proposal won't go to vote until Nov. 18. 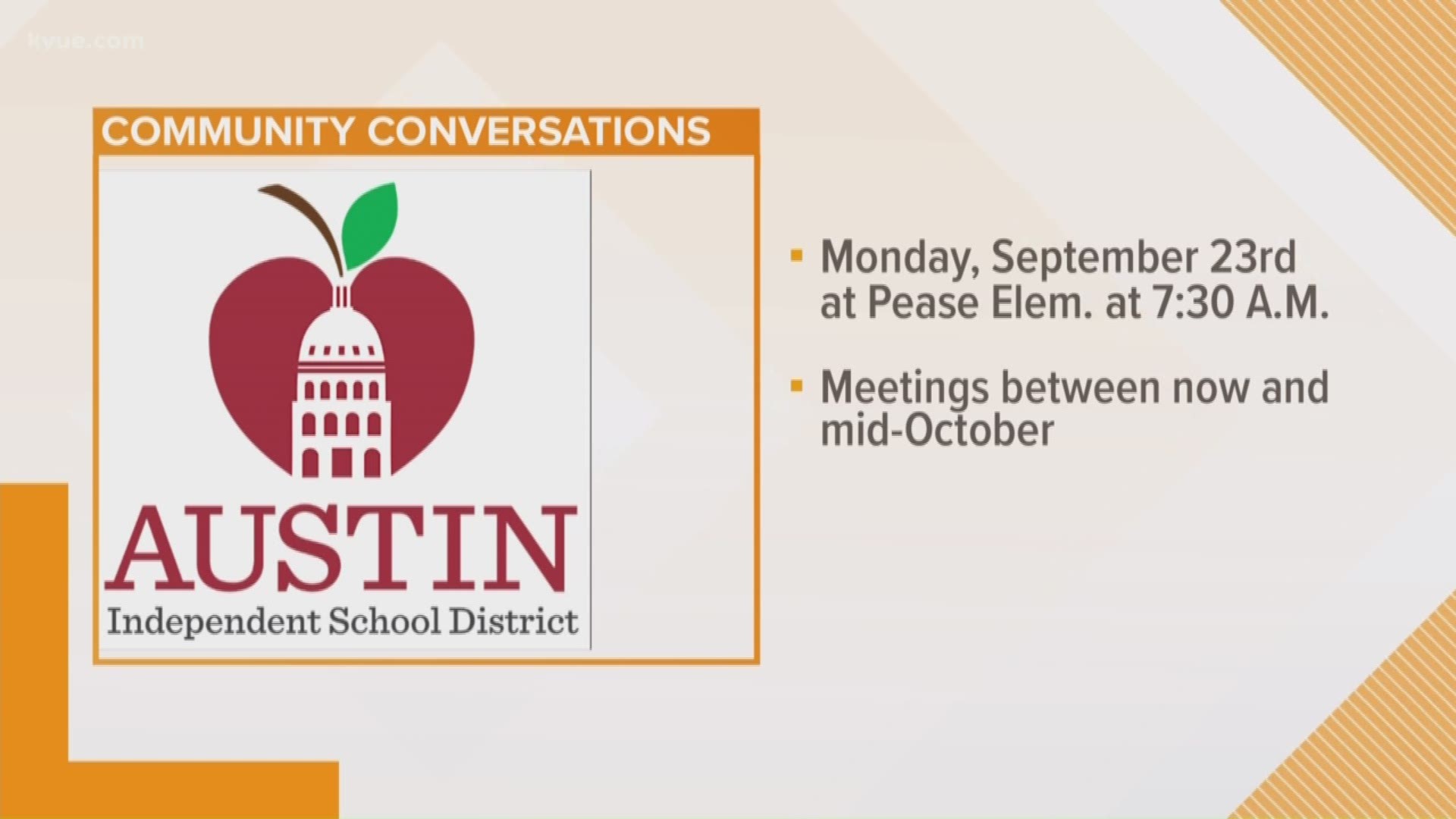 AUSTIN, Texas — The Austin Independent School District has announced a series of meetings to hear from parents and the community about their plan to close 12 schools. The district said the meetings will focus "on the scenario options affecting your campus."

AISD said earlier this month that they plan on closing the following schools:

The plan to close these schools is not final yet. The proposal won't go to vote until Nov. 18.

According to our partners at the Austin American-Statesman, the majority of enrollment at all but three of the schools is made up of low-income students.

AISD Chief of Business and Operations Nicole Conley said the suggested plan will save around $240 million through deferred maintenance, and in operations, the district will have around $10 million to reallocate toward advancing communications with their communities.

The first meeting will be held at 7:30 a.m. on Sept. 23 at Pease Elementary School, but there will be 19 meetings at the schools between now through mid-October.

You can find a full list of the meetings and their start times on the AISD website.