Earlier this school year, the Texas Education Agency established guidelines that each school district must follow to qualify for the state’s hold harmless funding. 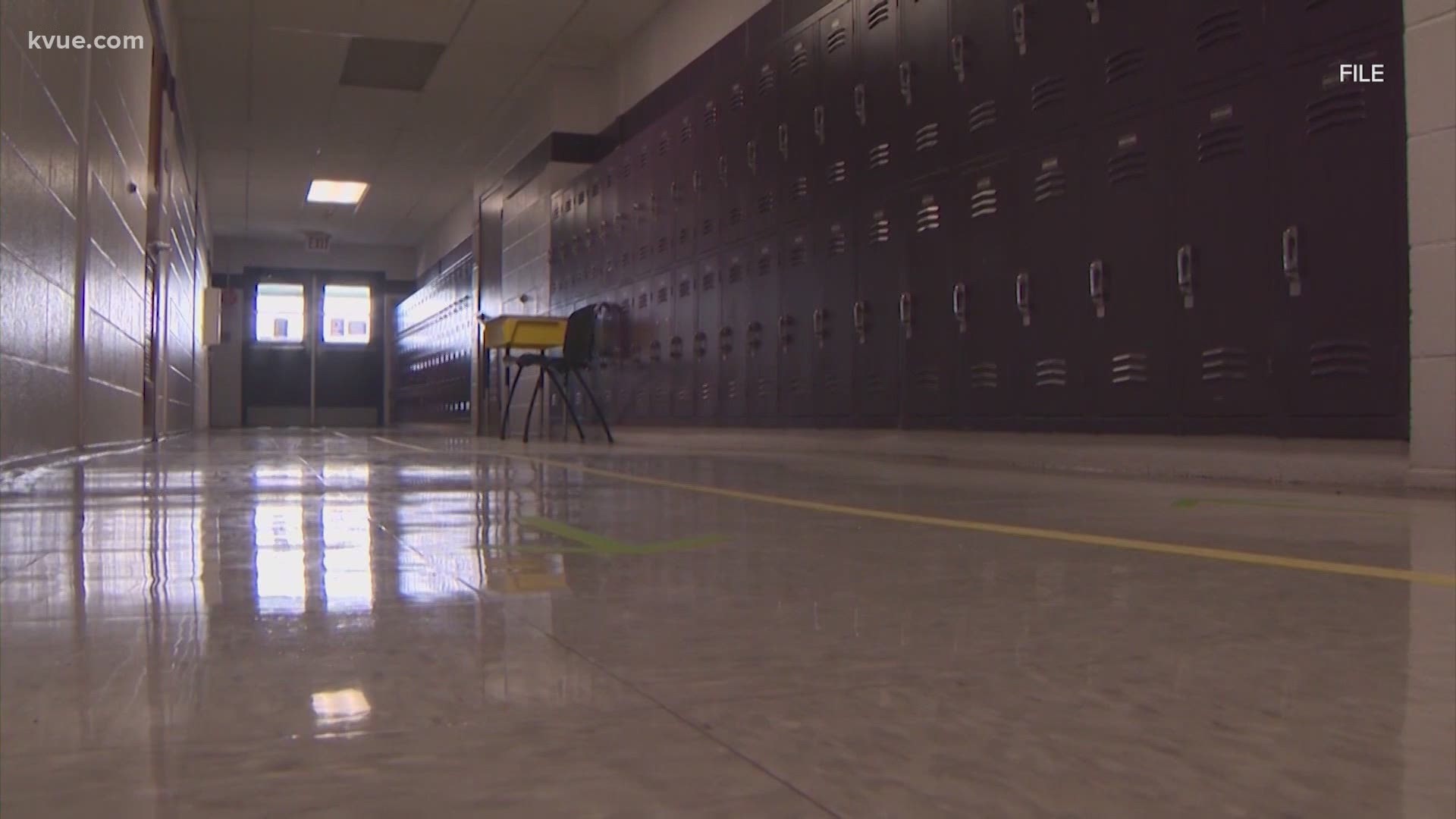 THE TEXAS TRIBUNE – With just seven weeks left in a school year that has been disrupted by the pandemic, Austin Independent School District Superintendent Stephanie Elizalde sent a strangely timed email to parents Tuesday with the subject “Welcoming Students Back to School.”

“It’s hard to believe we’ve only a few weeks left in the school year, and they are as important as the first week,” the superintendent wrote. “We’ve missed having your children in our schools.”

She highlighted teacher vaccinations and a lower COVID-19 positivity rate, while reminding parents that students have a better learning experience in person. At least one district principal sent a similar email, telling parents, “Time to come back to campus.”

The push to get students back in the classroom was confusing for parents and teachers who had spent the better part of the past school year being offered flexibility to do remote learning by the district.

What the administrators didn’t mention in their emails is that the district is at risk of losing about $5 million in state funding if Austin ISD fails to increase its in-person attendance to at least 44% of its total student enrollment during the final six weeks of the school year.

Currently, about 31% of Austin ISD students are taking classes in person.

Last fall, the Texas Education Agency promised districts that because of the pandemic, it would not cut state funding because of lost enrollment this year.

In Austin, for example, there are about 5,000 fewer total students enrolled in the district this year than last year.

But there were some requirements school districts would have to abide by. TEA said districts would only be eligible for the “hold harmless” agreement if they continued to offer in-person instruction as an option for students throughout this academic year. In November, Austin ISD went entirely online the week after Thanksgiving due to concerns about COVID-19 transmission after holiday travel, according to Jacob Reach, the chief of government relations and board services for Austin ISD.

Soon after, TEA notified the district that it had failed to comply with enrollment requirements by not offering any in-person instruction during that week.

But in March, TEA created an alternative plan for districts that may have failed to comply at some other point in the year. Now, if districts reach their in-person enrollment targets for the last six weeks of the year that TEA established in October, they can qualify for all hold harmless funding for the year, regardless of previous missteps. For Austin ISD, that target number is 44% of students learning face to face in school buildings.

But communication between TEA and local school districts has left some districts in the dark about these requirements and the possibility of losing funding.

A spokesperson for TEA did not immediately respond to a request for comment.

Ken Zarifis, the president of teachers union Education Austin, said that Austin ISD administrators should have made the situation more clear for students and parents by explaining how in-person enrollment can affect funding for schools.

The $5 million that Austin could lose from the state is not allocated for anything specific, but fills part of the district’s overall $1.6 billion budget, Reach said. If the district does miss out on those funds, the school district can cut overall expenditures or replace them with reserve funds in the bank.

“I think the No. 1 thing is that we believe our schools are safe, and we recognize that for many of our students, they could be best served on campus, and we are in a very safe place to do that,” Reach said. “Overall, our numbers are low in the community, so we feel it’s a good time to invite families back.”