Austin ISD said in a statement that they're committed to providing safe school environments for students. 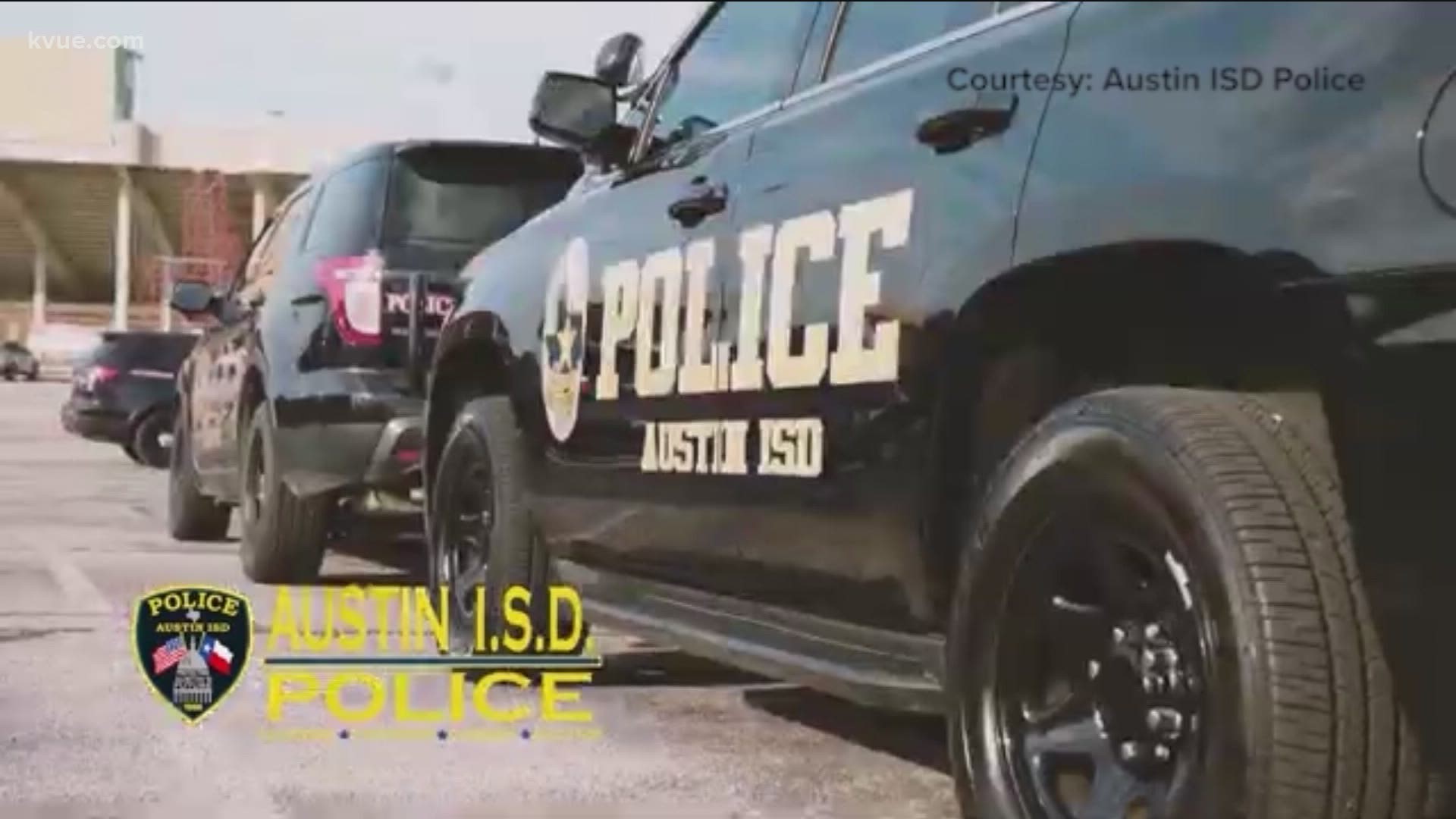 AUSTIN, Texas — Some people want Austin ISD to reconsider its police department – and four social justice organizations sent a letter to the district saying officers don't need to be on campuses at all.

"What better than to show and demonstrate Austin's progressive stand than to take a bull position and say that police don't need to be in schools and follow this domino effect that's occurring across the country," said Andrew Hairston, the director of Texas Appleseed and a co-signer of the letter.

Most police departments across the nation are currently under a microscope, including a couple in the Austin area. The conversations about defunding and restructuring departments are ongoing, but the groups who wrote the letter to AISD's superintendent don't only want the district to re-allocate police funding. They want AISD to get rid of its district police altogether.

The beginning of the letter reads, in part, "As members of the Safe & Supportive School Collaborative, the undersigned social justice organizations write to urge the Austin Independent School District ('AISD') to divest from school policing in the district. AISD faces a budget shortfall given the uncertainty of the district’s financial outlook amid the novel coronavirus pandemic and anticipates a $49.26 million deficit. AISD should prioritize divestment of the funds it spends on policing. Children’s Defense Fund Texas, Disability Rights Texas, The Earl Carl Institute at Texas Southern University and Texas Appleseed collaborate to advocate for policies that make schools safe and supportive of all learners, including black and brown students and those with disabilities."

"These national conversations we're having are really these manifestations of racist and oppressive systems that need to be really dug into at the root and pulled," Hairston said in an interview with KVUE.

"More money has been spent on those kinds of police forces, it is basically offsetting money that could be spent on more counselors and more support services, particularly in those lower-income schools," said Patrick Bresette, the Children's Defense Fund Texas executive director and another co-signer of the letter. "It is kids with disabilities and kids who are of color who tend to be the ones who seem to be targeted. When police are brought in to handle a fight at a school or to criminalize some behavior, those kids often end up in a court with some misdemeanor charge."

In the letter, the groups write that this is why they urge AISD to divest from school policing. "The district will not only protect students but also save resources," the letter reads.

Hairston and Bresette both said police don't treat black and brown students with disabilities equally. In the letter, there are listed examples of ways that they said AISD police have failed students.

An AISD's spokesperson said in a statement:

"This is an important issue that Austin ISD takes very seriously. We are committed at every level – and in every office – to providing a safe, welcoming school environment for our students.

Our officers are an integral part of the school communities they serve. They operate as both support for students and staff and as public safety officials, allowing teachers and administrators to maintain their focus on educating our students.

By employing officers dedicated solely to our schools, we have been able to collaborate and form partnerships with our students and our community. We recognize, however, that not all students have the same experiences with law enforcement and we will continue to evaluate and adjust our practices.

COVID-19 has already changed so much about the way we operate. The recent marches and protests related to municipal police departments have reminded us of another area we can examine and improve. We will review and discuss with our teams how we and our officers can best continue to serve AISD students."

"I know we need to have that conversation as a community," said Noelita Lugo, an AISD parent who thinks it's valid to ask the district to look at moving around funds.

Lugo hopes the school district can have an open dialogue about it.

"School policing is an area where we can, again, have a conversation about what makes the most sense. Where do we need funds for our district to serve our students in a way that is safe and engaging," Lugo said.

Another AISD parent KVUE spoke with said despite a large number of school shootings in America, he does not support having uniformed police officers at schools.

Read the full letter to AISD below: