In-person ceremonies will be held May 28 through June 3 at one of three Austin ISD outdoor stadiums. 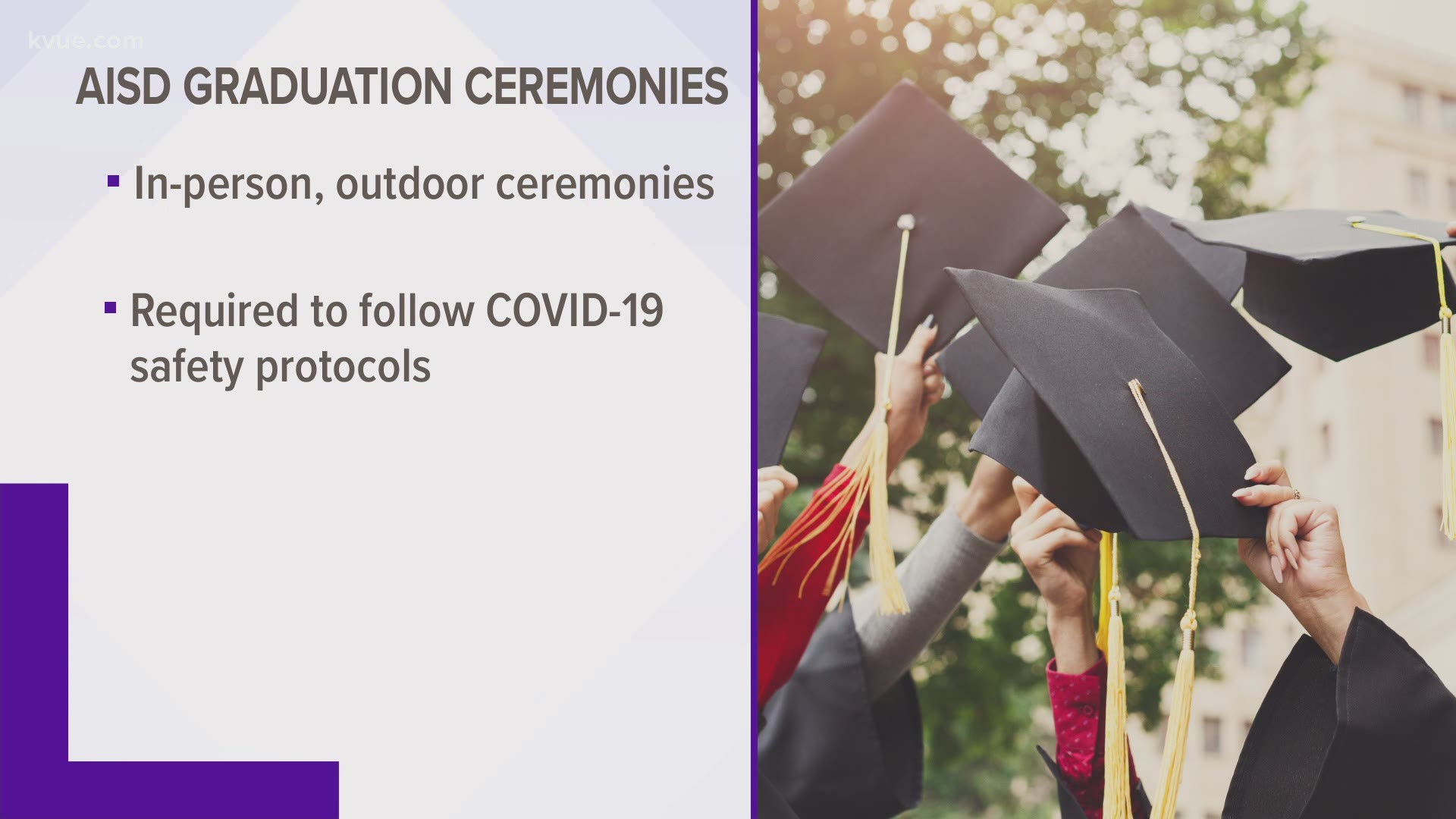 AUSTIN, Texas — The Austin Independent School District will hold in-person graduation ceremonies for the Class of 2021. The ceremonies will be held outside and will be socially distanced.

Austin ISD said in-person high school graduation ceremonies will be held May 28 through June 3 at one of three outdoor stadiums: Toney Burger Athletic Center, House Park Athletic Facility or Nelson Field. Rosedale School will be the exception, as it will hold a ceremony on campus on May 28.

Students, staff and attendees will follow safety protocols at the ceremonies, including masking, distancing and temperature checks. Staff members will be on-site providing direction.

All graduates are allowed eight guests from the same household to attend the ceremonies, which will consist of a combination of live and pre-recorded content. Graduates will walk in the traditional processional and be seated on the field six feet apart.

The ceremonies will also be livestreamed on AISD TV, cable channel 22 and Facebook Live. The district said it is planning for these ceremonies based on current public health guidance and will modify its plans should local or state ordinances change.

View the full schedule of ceremonies with locations.