Austin Justice Coalition hosted a small forum Sunday night to discuss what to do after the AISD school closures were confirmed in November. 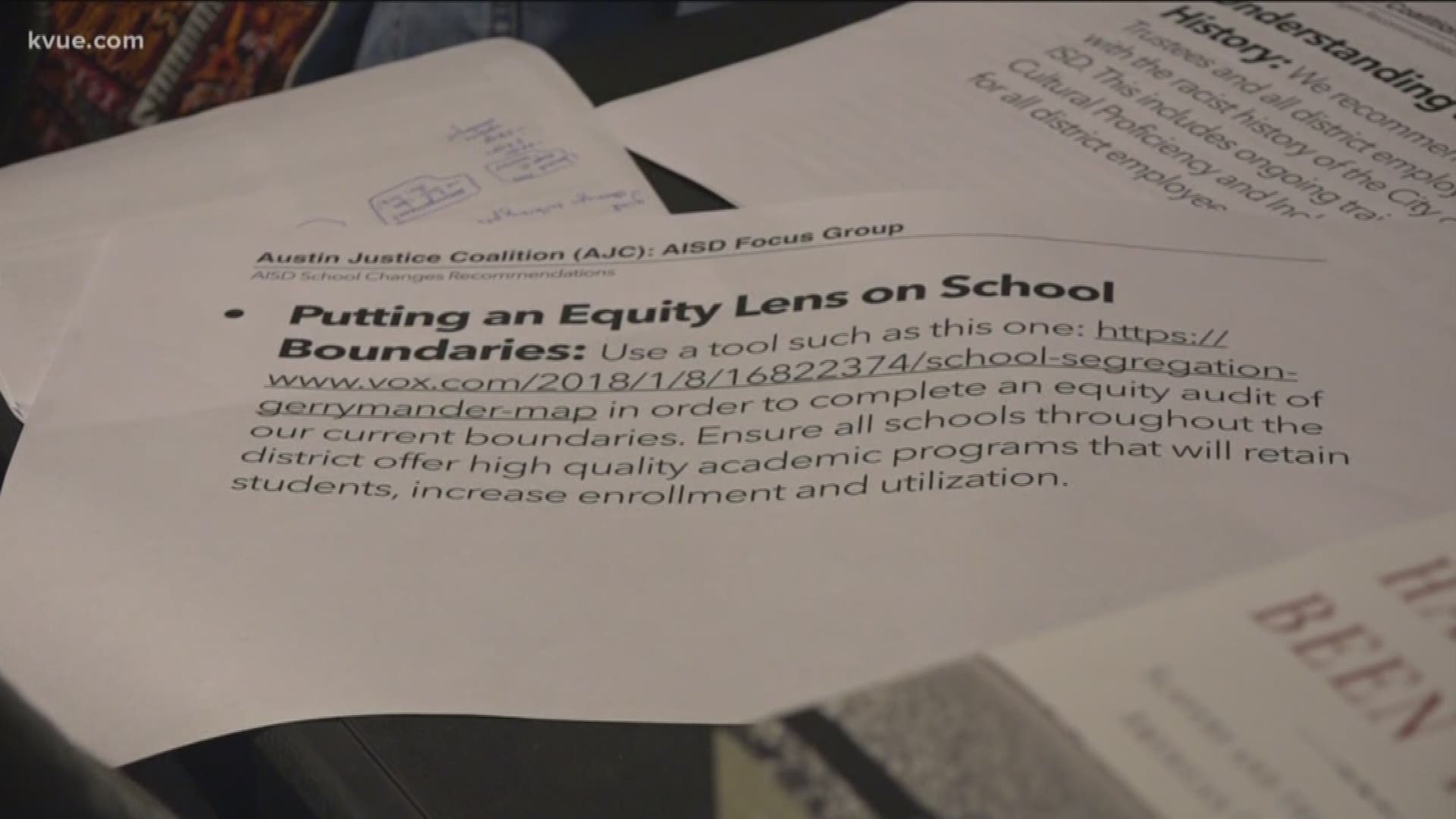 The vote by AISD Board of Trustees will close four schools in the district. People in the meeting called the changes 'racist' and inequitable to students. The attendees defined equity as making sure all students of all backgrounds meet the same standard of education throughout the entire district.

“AISD and Austin have a racist history; those things need to be acknowledged, and then we need to move forward," Amber Watts, the Program Director of Higher Learning at Austin Justice Coalition, said. "[We want] to make equity not just a focus right now on school changes and school closures, but a focus for AISD period.”

The ultimate goal of AJC and their discussions is making sure students have better educational outcomes.

Even though the vote happened in November, AJC wants to keep the discussion going. Watts, while leading the meeting, wants to make sure equity for students stays at the center of the discussions.

“Some of these issues are already dying off and it’s not as big in the community or people talking about it and we want to keep this at the forefront," Watts said. “It’s important equity is guiding AISD in all of their decisions. Not just some and like someone said: it’s not an edit that’s happening after the fact, it’s the lead.”

After Sunday's discussion, AJC plans to bring the refined talking points and discussion topics to future AISD Board meetings.

Video: Octopus had bald eagle in death grip until fishermen stepped in