The district's finance office reported charter school enrollment has more than doubled in Texas over the past seven years. 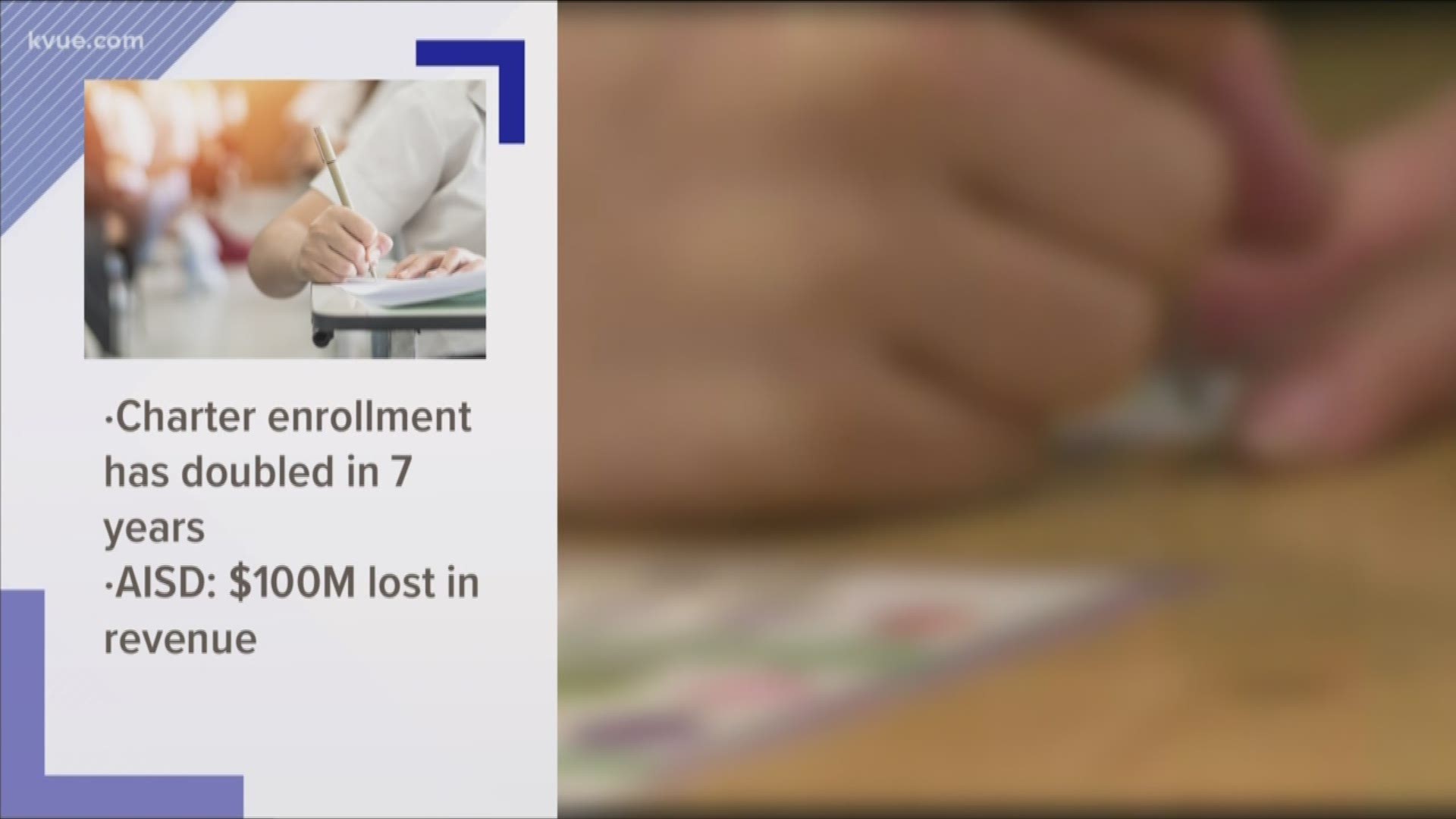 AUSTIN, Texas — Charter schools are taking a toll on Austin ISD's wallet, according to a new budget analysis the school board discussed Monday night.

The district's finance office reported charter school enrollment has more than doubled in Texas over the past seven years – and that's cost AISD about $100 million in revenue.

AISD expects 8,800 students to transfer to charter schools by the 2026-2027 school year. That would mean the district would lose another $58 million in revenue per year in that time.

RELATED: Austin ISD school closure discussions expected to continue in January; what it means for 8 other schools

So, as the district drafts its upcoming budget, the chief financial officer said if charter schools continue to grow, that could create problems for districts like AISD.

"It is something that could potentially put enormous pressure on the district's budget. If one of the largest charter school operators realizes everything that was in their bond operating statement, they could be the largest school district in the State of Texas, right? Seventh in the nation," Nicole Conley said.

District leaders said despite these struggles, they expect to break even on the budget for the 2021 fiscal year.

WATCH: What Austin ISD parents can expect when schools get 'modernized'