Round Rock students learning the dangers, harmful effects of vaping

'We know how harmful they can be, unfortunately, they do not.' 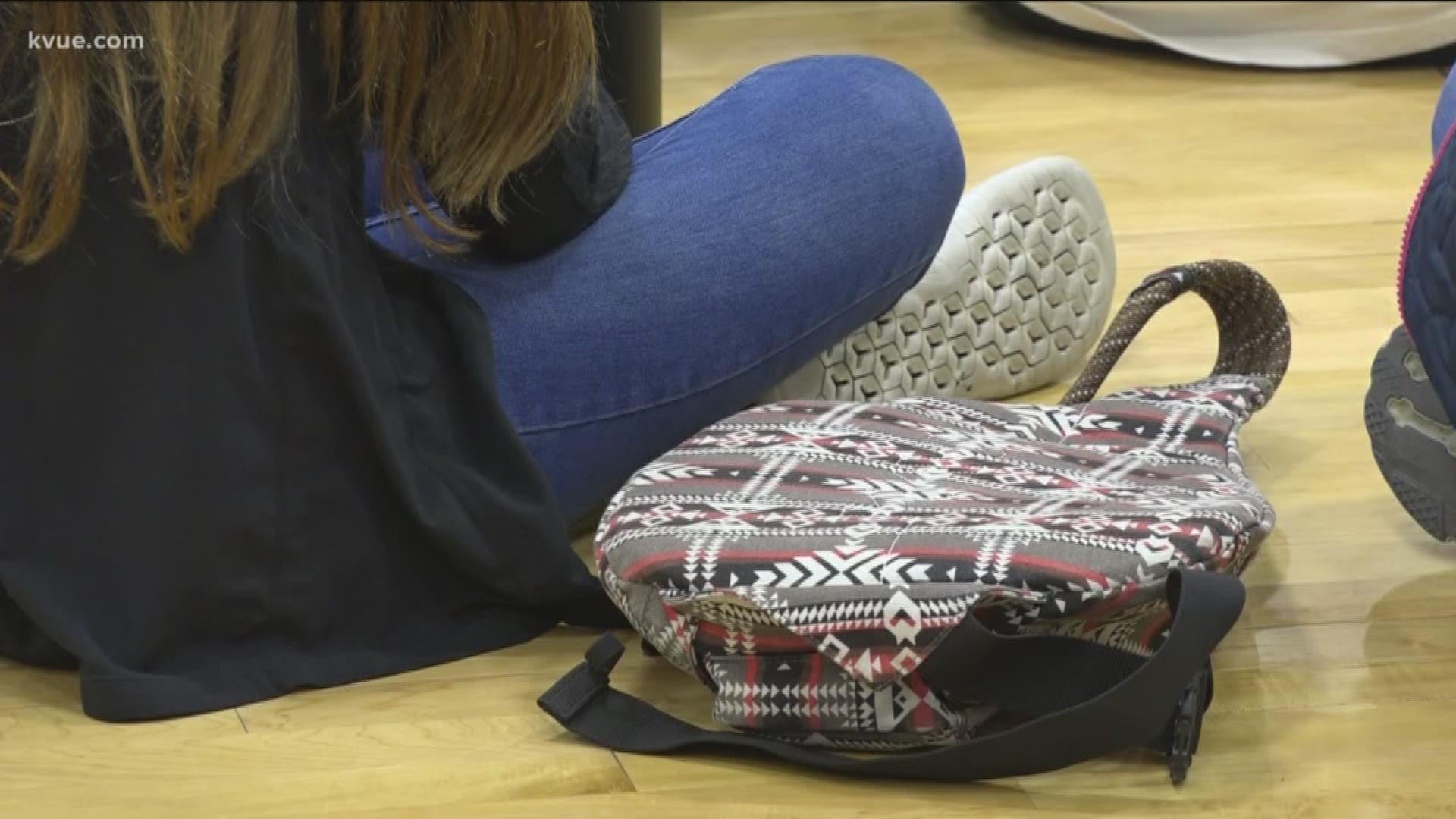 ROUND ROCK, Texas — As the use of e-cigarettes and vaping continues to trend among today's youth, one local school district is leading the charge in early prevention.

On Tuesday, middle schoolers across Round Rock ISD campuses will sit on the CATCH My Breath session during their P.E. and Dance classes. The session is aimed at educating sixth graders about the harmful effects of products like E-cigarettes and vape pens.

The CATCH program (Coordinated Approach To Child Health) has been part of the district for several years, but the "CATCH My Breath" coverage program was introduced only a few years ago.

"The first year that we did the pilot at C.D. Fulkes the surveys that the kids did and the interviews, it was just astounding," said Nix. "They really honestly thought it was just flavored water and cool smoke that came out and those kids were like 'wow, no way I'm gonna go home and tell my brothers and sisters about the dangers,'" said Nix. "It's just one more opportunity to try and educate our students about how to live a healthy lifestyle."

Youth smoking decline stalls, and vaping may be to blame

At Canyon Vista Middle School, Coach Sarah Nielsen is teaching her students how to say no, especially after learning so many middle schoolers were either already using the products or knew how they worked.

"It's amazing how sixth graders are being exposed to e-cigarettes and how many are using them," Nielson said. "I thought personally that they weren't using them this young and turns out that they are. In fact, we've had a couple on campus incidents with Round Rock ISD where sixth graders, seventh graders and eighth graders were caught trying, using E-cigs."

According to the Centers for Disease Control, nicotine in adolescence harms a part of the brain that controls attention, learning, mood and impulse control. The brain continues to develop until about age 25.