Before students in Central Texas head back to class, educators in Round Rock are going through a unique training -- how to respond to an active shooter. 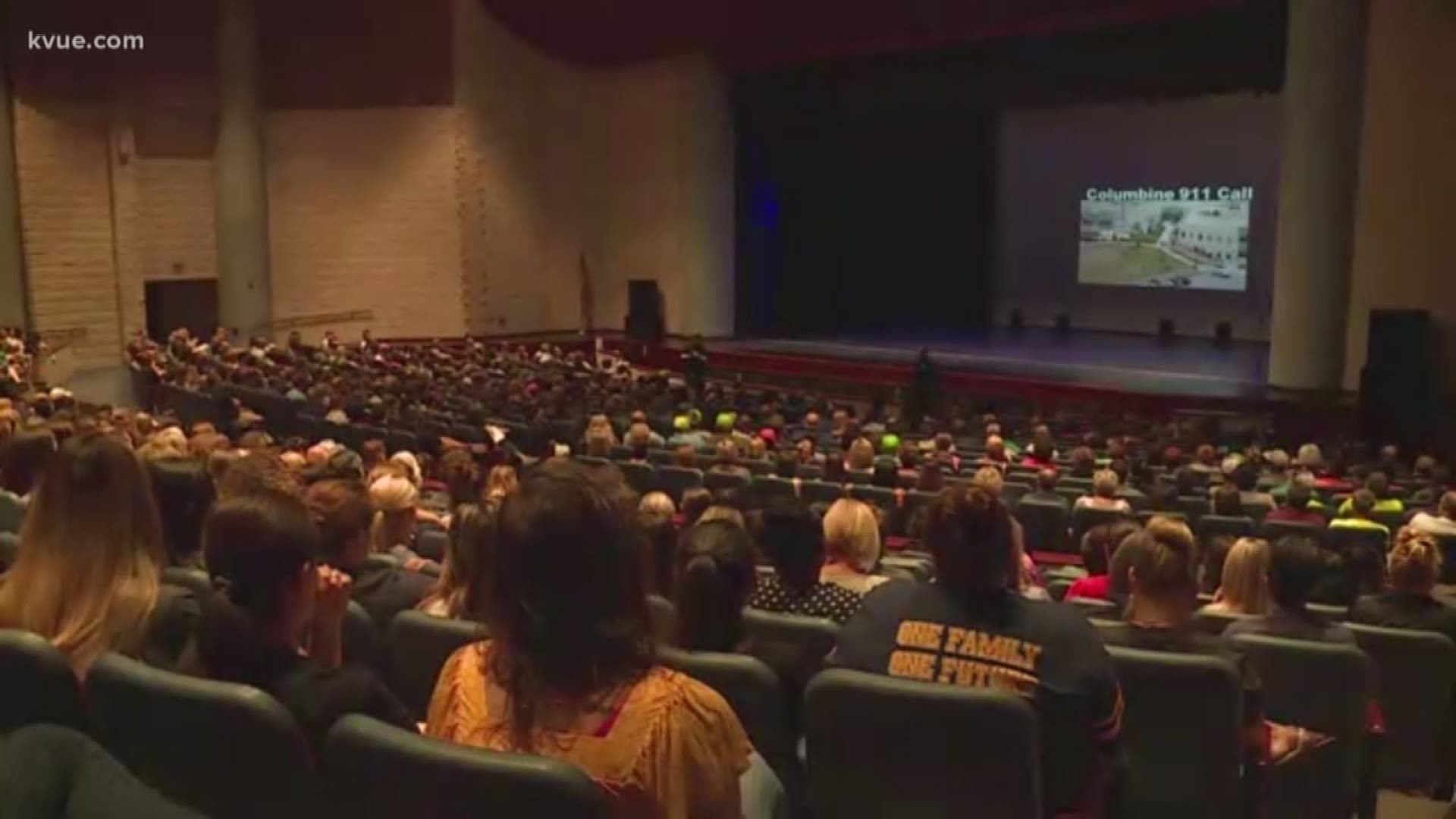 ROUND ROCK, Texas — Before students in Central Texas head back to class, educators in Round Rock are going through a unique training -- how to respond to an active shooter.

"We are trying to be more proactive,” said Mario Delarosa, the Director of Safety and security at Round Rock ISD. "We're trying to give our teachers all the tools necessary, and it is just the right thing to do as the district."

According to DeLaRosa, almost all teachers, staff, and administrators are going through the training.

"It is important because as we see things can happen just anywhere, up the road like it happened in Santa Fe," said DeLaRosa.

The district is offering a Civilian Response to Active Shooter Events, or CRASE training, through the Williamson County Sheriff's Office and Round Rock Police.

Perch said they talked about keeping calm, finding exits, and fighting back.

"Even though we don't want to think about it as much, it's the reality of the world right now and it's something we need to do,” said Perch. "Basically, you have to go through the plan because if you don't, you might freeze."

"We really want them to think outside the box, and really just be cognizant in certain situations. We are trying to give them the tools to be able to react appropriately,” said DeLaRosa.

Middle school principal Nachelle Scott weighed in on the training as well.

"As a principal, safety is always my first priority with students, and so I feel even more equipped to be able to support my teachers and to do what's best for our students,” said Scott. "We never want (school shootings) to be a part of our campuses, or a part of what happens in society, but unfortunately that's just kind of what we have to deal with. And I think the training, it prepared us as a whole, not just looking at these are the actions you can take, but how you can respond physically.”

"The more we train, the better it is because people or teachers will revert back to whatever training they had. So we are trying to go beyond that and we will. And the expectation is for our teachers and staff to embrace because those are the times we live in,” said DeLaRosa.

"They did a really great job of putting it in our terms and helping us to wrap our brain around it because, like I said, it's not something you want to think about we want a safe environment. We want our kids to walk in, sit down, learn, be happy, healthy, and safe. And today's world, sadly enough, we have to think about what's going to happen, if hopefully never, somebody comes to our door," said Perch.

DeLaRosa said this is just a baseline training and they plan to offer more campus specific trainings throughout the year. He also said they're also tightening security at the front entrance of most schools by installing video intercoms that will require all visitors to buzz the office before entering. DeLaRosa noted that they’re also focusing on the mental health of students, anonymous reporting, and social media monitoring.