With all of the changes due to the pandemic, some district officials are concerned about failing grades. 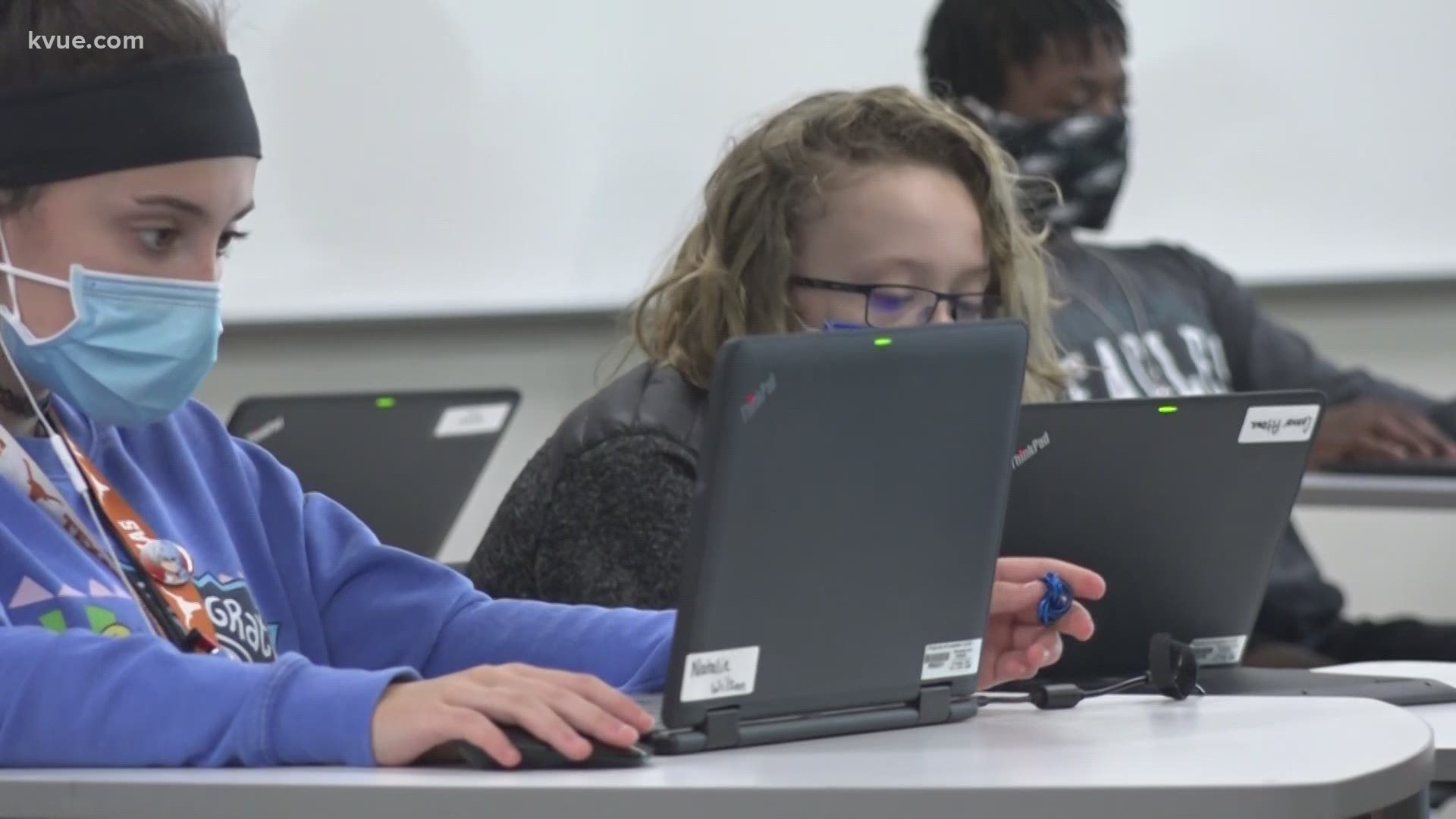 AUSTIN, Texas — Hays CISD officials have seen a 30% increase in the rate of students failing one or more classes from its 3-week progress report last year compared to this year. The superintendent mentioned the problem a couple of weeks ago, encouraging students to turn in their work.

"The grading window for the 6-week grading period closed Friday, but teachers have until midnight tonight to get grades entered into the system, so we won’t know if our outreach moved the needle until after tomorrow," said the school district.

The school district said the grading issues could also be on the staff's end. In a letter to the community, Hays CISD Superintendent Eric Wright said district leaders have work to do on their end, such as fixing systems and grading guidelines.

"I know our students, parents, and teachers are working hard – harder than ever. My announcement about our failure rate isn’t about placing any blame, nor is it punitive in any way. Instead, my hope that by identifying the problem, we can fix it," said Wright in the letter.

In an effort to start fixing the issue, advisory and homeroom periods will be used to provide students with more trainings and information on how to work the virtual classrooms, time management and student advocacy.

"As always, I continue to wish everyone grace and understanding. We’ll keep working hard on our end and, together, we will continue to be strong," said Wright.

Over at Leander ISD, it doesn't have the data available showing if more students are failing, but it said if students are struggling, they're encouraged to go back to the classroom.

"Our schools have many supports in place for our students," said Dr. Matthew Bentz, Leander ISD chief academic officer. "Do we have students struggling in the virtual environment? Sure, we absolutely do, but there aren't as many as you would think with that preparation upfront. As our teachers and students are getting used to the technology tools and getting used to being truly engaged online, we face challenges."