George P. Bush visits Round Rock students for a day of Texas history 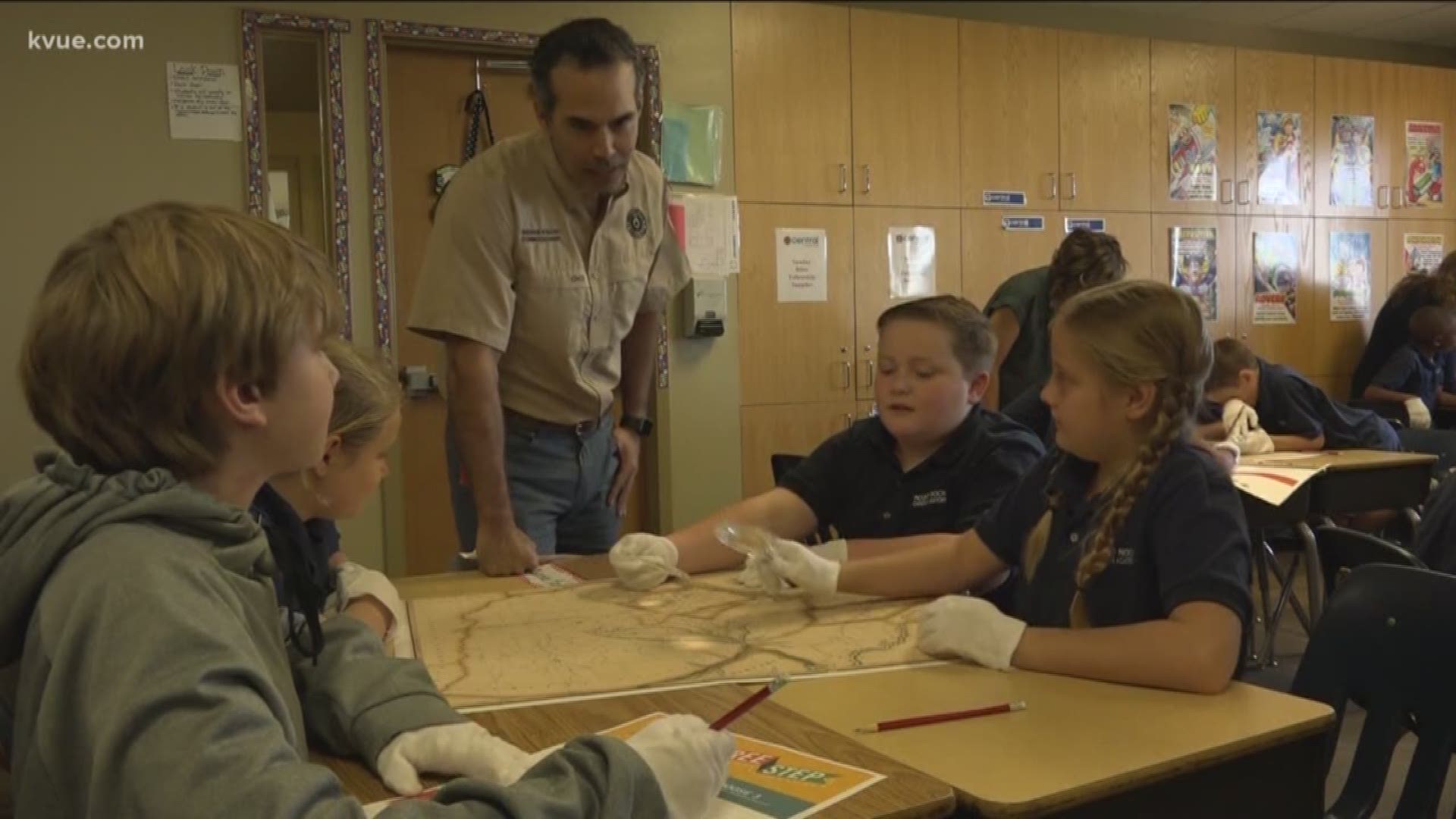 Bush, a former teacher, brought replica maps from 1830, gloves and magnifying glasses for the students to pretend to be cartographers.

"There are so many elements of history that maps can share," Bush said. "Pretty crazy that you can teach an entire Texas state history with one map."

Students also got the opportunity to hold a cannonball that fell on the ground during the Battle of the Alamo.

The visit was all part of Bush's "Year of Education" initiative. Round Rock Christian Academy is just one of 50 schools the commissioner plans to visit. Bush said the initiative was brought on by what he calls a historic investment in public education by the state legislature.

"At the end of this, we want to come up with ideas on how to better serve our children," Bush said.

The kids seemed to have a lot of fun learning from the commissioner.

"This has been the best experience of the fourth-grade year yet," fourth-grader Israel Funderbergh said.