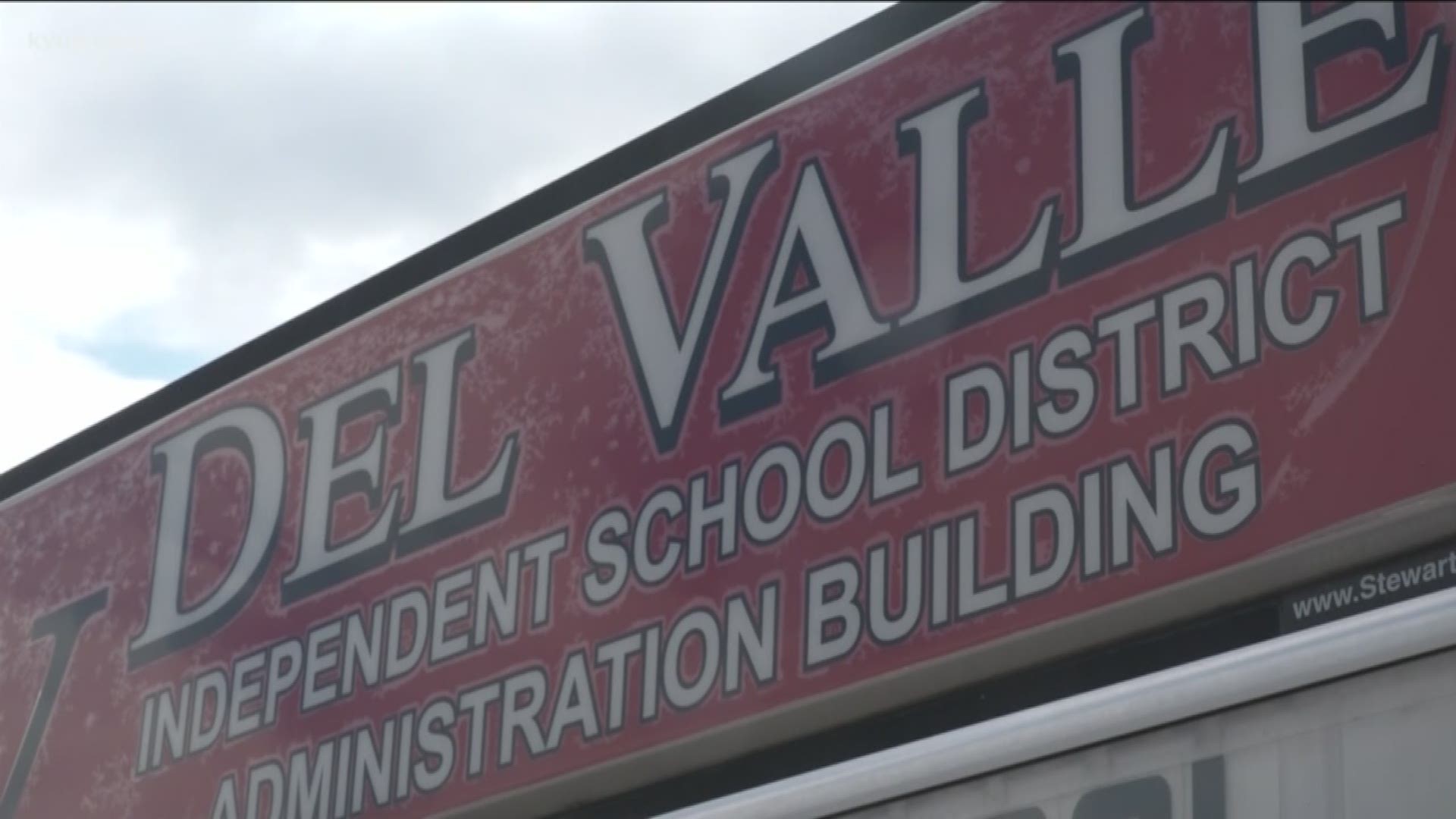 AUSTIN, Texas — Thanks to voters who approved a $284 million bond proposal in Tuesday's election, folks with Del Valle ISD are gearing up for a huge investment in their schools.

"Our community really respected the fact that we went out there and tried to be most responsive to their needs," said Del Valle ISD's superintendent, Dr. Annette Tielle-Villerot. “One of the things I’m most excited proud of is, it focuses on three campuses that needed to be rebuilt, but what’s ideal is that we’re very responsive to parents who stepped up out there and said we really want to build on the same site.”

The bond will help replace buses, upgrade technology, safety, and the list goes on.

The first thing they're going to do, now that the bond is passed, is start a Bond Oversight Committee and they'll most likely start with getting better technology.

"As you look around in our district, you see beautiful facilities. You see buildings that meet the needs of our students. You see upgrading technology. We want to be a 21st-century learning community," said Dr. Tielle-Villerot.

She said it's all for the kids, and even for future kids like Claire O'Neal's. Hers don't go to Del Valle schools yet, but will when they get older.

"I think everyone can say, 'If I'm going to spend tax money, I want it so kids can have the best education experience possible," said O'Neal.

She said school bonds, like the one passed on Tuesday for Del Valle ISD, can only mean good things for students, parents and faculty.

"I'm just really glad it passed. I think we're really fortunate there were other school bonds in Central Texas that did not pass. I don't think you can take it for granted and you have to be proactive, and if this is something you care about you need to show up and vote for it," said O'Neal.

School bonds in other Central Texas communities failed to pass. Voters said no to a $92.4 million bond in Lockhart. Their superintendent, Mark Estrada, said in a statement about the failed bond:

This evening, the unofficial results from the bond election indicate 45% for the bond and 55% against it. The bond did not pass.

The results are not official until final canvassing takes place at a special called Board meeting November 11, 2019.

I want to thank the members of the Long Range Facilities Planning Committee for their work to deeply examine the district’s growth, facilities capacity, and financial standing to determine what they felt were the next best steps for Lockhart ISD in the recommendations for the bond package.

I also want to thank all community members who participated in this very important discussion and ensured their voices were heard by voting in this election. Our school district serves this community, and we are grateful for the engagement and thoughtful discussions around issues that impact us all, especially our students.

While the election is over, the needs of the school district remain, and the discussion and planning continues to discover how we will now make the best decisions to meet the needs of our students.

Del Valle ISD teachers and other staff getting a raise

On behalf of the Board of Trustees and the administration, I would like to thank the Burnet CISD community members who invested themselves in the development of the bond proposition. We understood from the beginning that this bond election would be challenging because of the large number of voters that do not have a direct connection to Burnet CISD. Nevertheless, with the input from the Board of Trustees and the Community Advisory Committee, we knew that this was an opportunity to address needed renovations and future growth while voters realized a 7.5 cent tax rate decrease. As a result, we believed the voters deserved a choice. After conducting dozens of informational meetings with the community, developing an informational website and providing information to voters, we still do not believe that we were able to effectively reach all of the voters.

A lot of people on both sides of this issue have worked very hard. We appreciate their interest in our schools. Tonight, the reality is that the needs identified through the facility assessment still exist, while the ability to pay for those needed renovations through the operating budget does not.

When 85% of the operating budget is accounted for through salaries, utilities, and transportation alone (not including campus or departmental budgets), that leaves the District little in discretionary funds to address major renovations or maintenance issues. For example, one roof replacement can cost over $1 million.

As some of the supporters of the bond have noted, the community will either pay for the needed renovations and classroom expansions now or later. With the impact of inflation, the cost later will be greater than the cost today. Hopefully, with additional information, the community will come together in support of a bond to improve our facilities for the benefit of our students and to address future growth. We are committed to studying the results of the election, listening to our stakeholders, and bringing forward a revised bond proposition in the future.