A group of 40 teachers will meet with the superintendent every week to discuss issues on campuses. 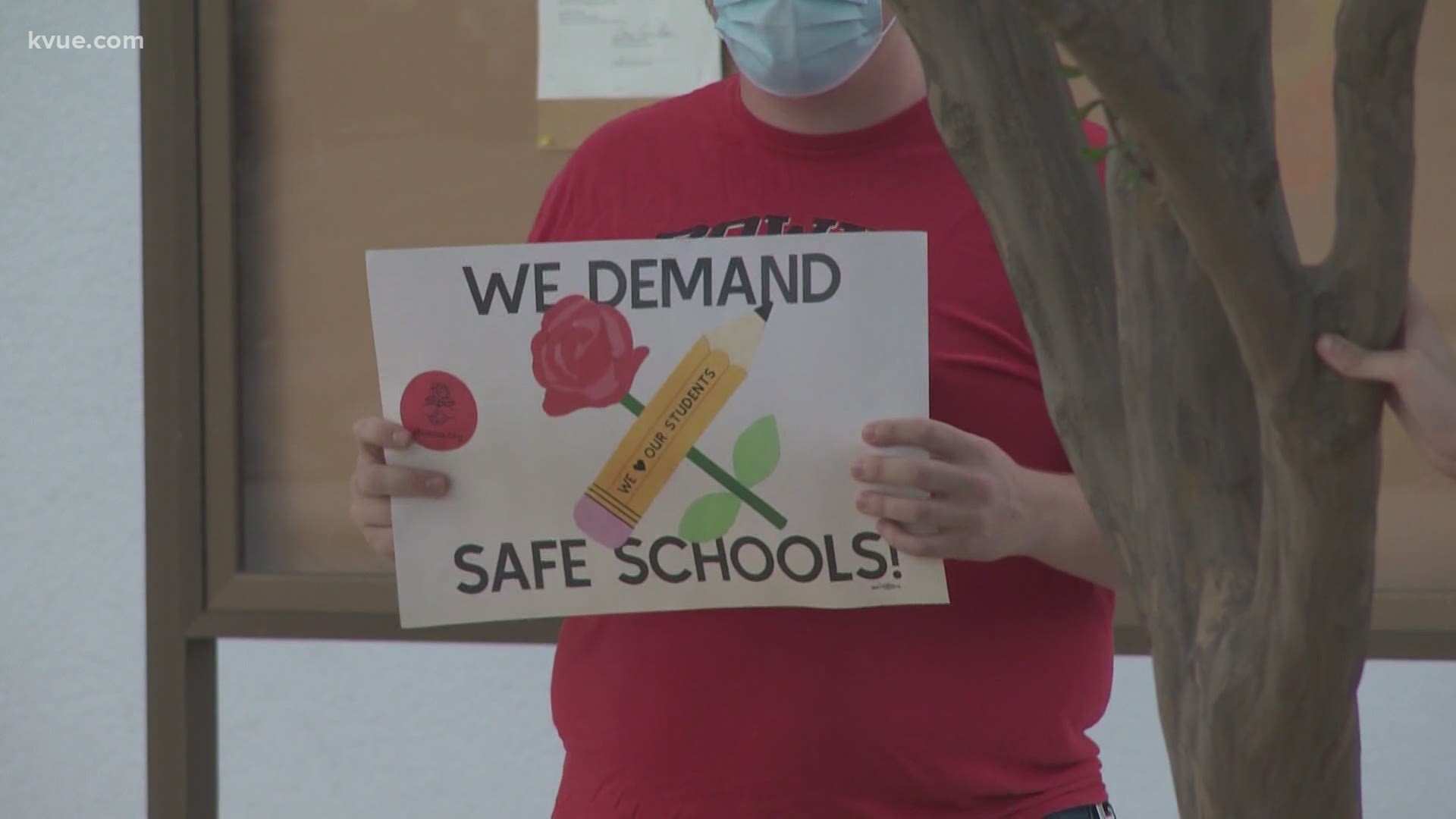 AUSTIN, Texas — Austin ISD teachers are given a voice with the school district with Superintendent Dr. Stephanie Elizalde's new teacher group. The new committee will meet with Elizalde every week and a couple of teachers in the committee said this can benefit hundreds of AISD employees.

"Our committee members have had a chance to have honest conversations with Dr. Elizalde and report kind of what people on our campus and in our communities are feeling," said Jazmyn Lynch, a Pillow Elementary third-grade teacher.

"It's been mainly her really listening to what we had to say and I think that that's really important because so many teachers right now do not feel like their voices are being heard," said Tara Bordeaux, the Navarro High School director of cinematic arts and media.

Lynch and Bordeaux said this is important because teachers are on the ground and they know what's going on firsthand in schools.

"It's a whole cross-section of educators from across the districts and everybody had the same concerns," said Lynch.

Those concerns were mostly about the risks of being inside the buildings during the pandemic, testing students, grading students and expectations.

"All of those things are big concerns, like are we still going to be held to the same standards this year that we are in previous years?" said Bordeaux.

"That's part of our job, assessing our kids and seeing where everybody is and collecting data. And that's been really difficult through this pandemic," said Lynch.

Lynch and Bordeaux both agree that they hope to see some sort of action come out of this group.

"At the heart of it is the kids and we have to make sure that we are doing the best that we can to start solving these problems so that these kids have the best chance of getting through this year with as much normalcy as possible," said Bordeaux.

Before this group, AISD said teachers directed their issues to the Austin ISD Re-Entry Task Force and they never had direct communication with Elizalde.

President Trump goes after Fauci, tries to buck up his campaign team

No tsunami threat to Washington coast after 7.5 Alaska earthquake