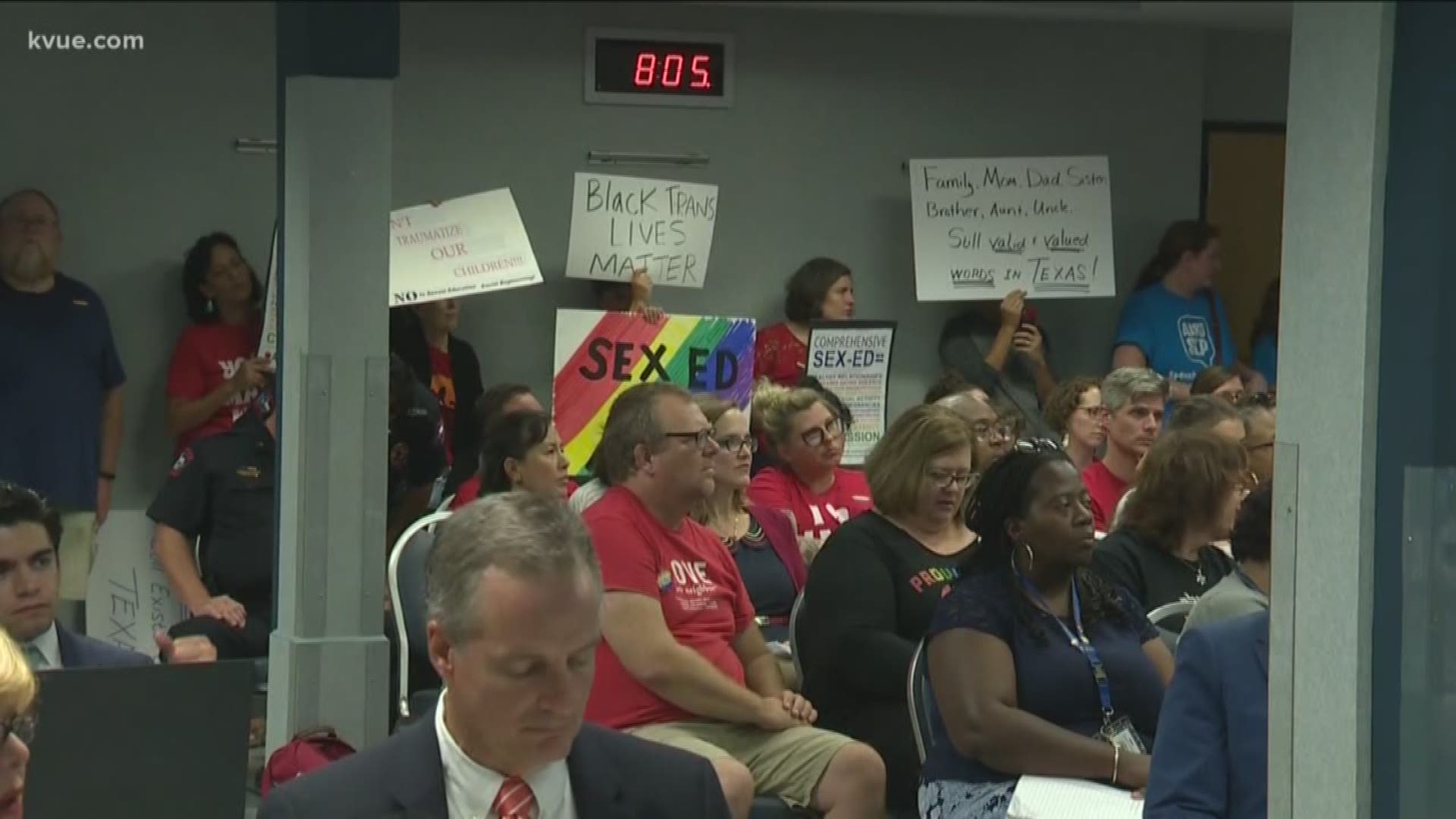 AUSTIN, Texas — It started with the strumming of a guitar. More than a dozen people stood outside of Austin ISD's board meeting on Monday evening, singing songs and discussing why they don't want the possible changes coming to the district's sex ed curriculum.

The group behind the protest was Concerned Parents of Texas.

"It’s time for us to stand up to the board, tell them to go back to the drawing board and give parents another opportunity to give their input in what their children should be taught," said Mary Elizabeth Castle, with Texas Values.

Castle was one of the speakers at the protest.

"The problem is with parents not being informed," she said.

Castle wasn't alone in her stance against the curriculum. During general public comment, four other parents spoke about their concerns about the changes.

"Please end this now and go the right way," said John Dorris, one of the 11 people who got a chance to speak.

Other parents said the potential new curriculum would "sexualize" children.

On the other side, five parents voiced their approval of the changes during the public comment.

"They already have what they want in AISD. They want the ability to opt-out, and they want to be able to teach it at home. That’s currently offered. We want an opt-in," said Belynda Montgomery, with Informed Parents of Austin. "We want comprehensive sex-ed as an opt-in to our students to be able to offer that to them if they do not have any other education options."

Montgomery said she has a 14-year-old and a 12-year-old in the AISD school system. She asked for a more comprehensive sex education program in the schools.

"Why would we educate so thoroughly about everything else in the world and not thoroughly educate about our bodies? It makes no sense at all," Montgomery said.

The board is expected to vote on the changes in November.