Parents can provide feedback about their thoughts on the new courses through the new survey. 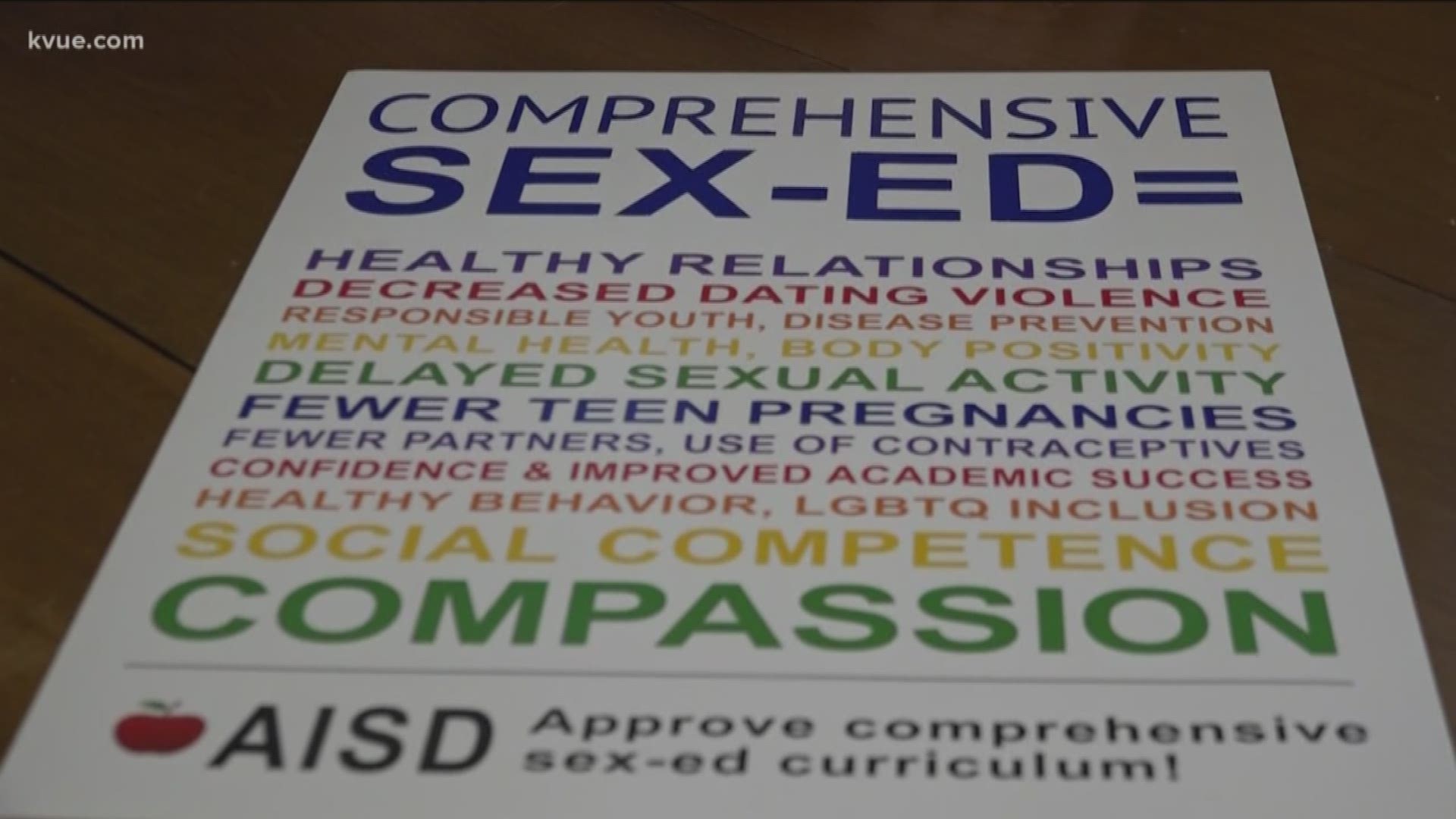 AUSTIN, Texas — The Austin Independent School District's approval to adopt the new National Sexual Education Standards sparked debate among parents about whether or not the new guidelines were appropriate for children.

On Wednesday, the district released a feedback survey for parents to provide input on the courses before students take them next May.

This survey solely focuses on the middle school curriculum.

"AISD needs to expand their sex ed curriculum and I'm happy they are working on a new draft of that," said Candace Pruett, the mother of a sixth-grader at Lamar Middle School.

Topics students would learn about under the new curriculum include gender identity and expression, healthy relationships, sexual intercourse and safety, pregnancy and sexually transmitted diseases.

"There's so much going on in our children's lives," Pruett said. "They need to have this knowledge to keep themselves safe in the future – things change constantly – there's so much technology and social media, there's lot of ways to get misinformation, and if they're not having trusted sources to tell them what it means to be a sexual human being and what it means to grow and change and develop, then they are going to walk away with lots of stuff that isn't right."

Concerned Parents of Texas is a group that opposes sex content in classrooms.

"The bigger picture is to normalize these behaviors and to teach them to children so that they can feel OK with engaging in these behaviors but they are not – no child should be engaged in any kind of sexual activity," said Caryl Ayala, the director of the group.

In an AISD board meeting on Aug. 26, some parents expressed their support for the new curriculum and believed it gave all students a safe space to learn about their sexuality.

"Kids of all ages deserve to know their feelings are normal and healthy no matter who they feel them about," said Susanne Kerns, a parent of two AISD students.

However, other concerned parties believed it exposed children to mature topics at too young of an age.

"Why is Austin ISD attempting to expose our children to programs that introduce confusion and causes them to question their own identity?" asked Gary Moore, who expressed his concerns at that meeting.

The survey is available to parents from Sept. 18 through Sept. 25. The district said they will then take into consideration that feedback before rolling out the final curriculum.

Students will take these courses in May 2020.