AISD said it's something the district predicted, but it believes that percentage will decrease as the school year moves forward. 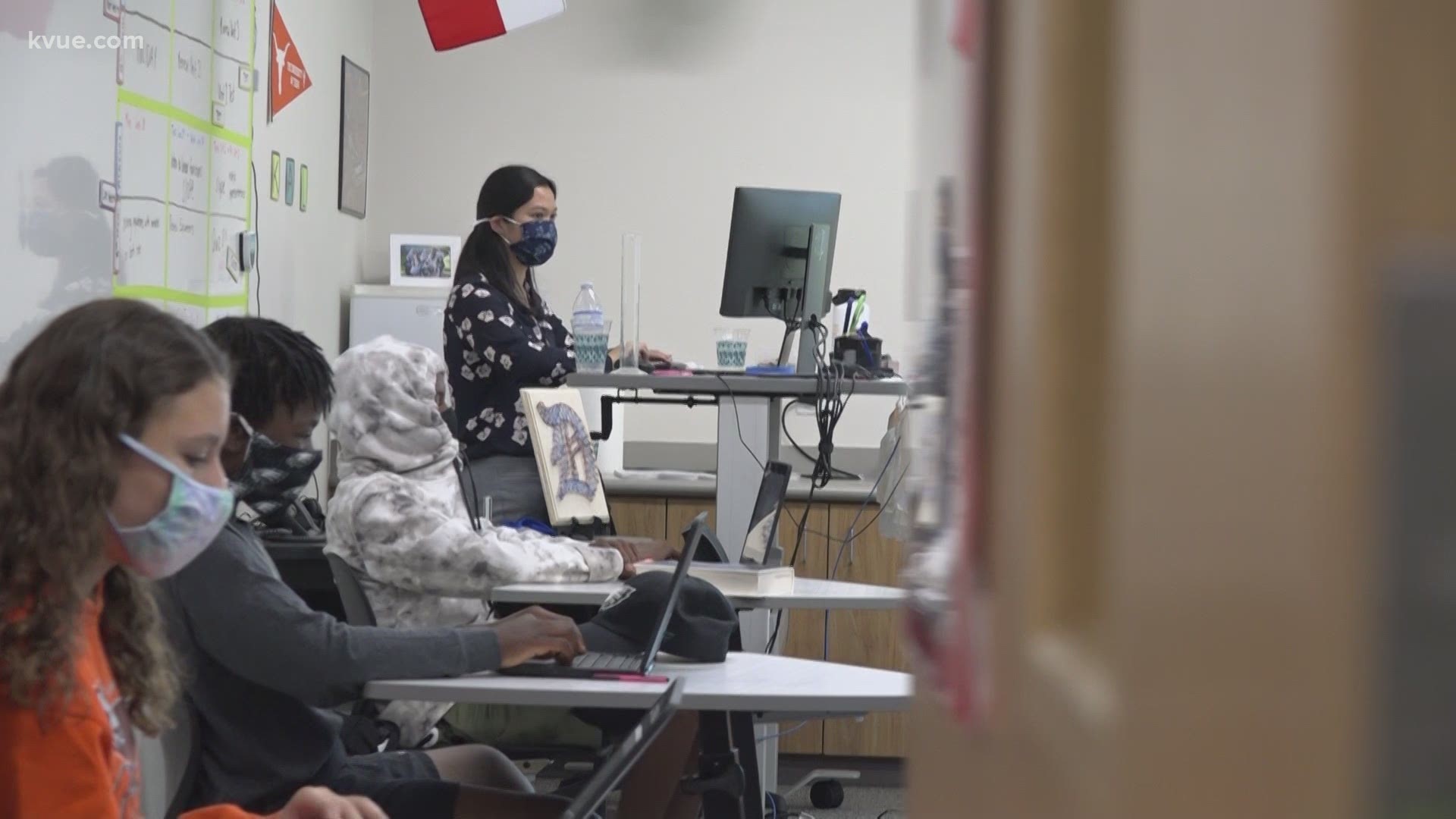 AUSTIN, Texas — Editor's note: The above video states that Austin ISD has seen a 50% increase in students failing because that was the number the district originally reported.

Austin ISD released new data to KVUE showing the school district has seen a 70% increase of students failing throughout all campuses. Chief of Schools Dr. Anthony Mays said AISD has noticed students struggling in a virtual environment or a hybrid environment.

In the table below, Austin ISD compares the first six weeks grading periods for the last three years, including this year. In the "Student Count" column, those are the number of students with failing grades. In the "School Year" column, 2019 means the 2018-19 school year, 2020 means the 2019-20 school year, and 2021 means the 2020-21 school year.

"We are progress-monitoring and we're working with the campus teams individually to check that data as they drill down and look into what students are failing and how can we go about supporting those students. But, again, it's the first six weeks operating in a pandemic. So, while this is definitely a problem, this is something that we're working through as we operate in this new environment," Mays said. "We recognize that it's going to take a repeated effort to try to help support teachers and students through this challenge."

AISD plans to work on action plans to help those students to be successful at the campus level.

Mays said the next steps include reaching out to parents and making sure parents are aware of the challenges their students are facing. If parents want to meet face-to-face, AISD encourages them to call their student's campus.

On Tuesday, KVUE reported Hays CISD officials have seen a 30% increase in the rate of students failing one or more classes from its 3-week progress report last year compared to this year.

With the rising failures, Hays CISD implemented revisions to the elementary and secondary grading guidelines immediately: