Austin Free Net partnered with Austin ISD and the City of Austin to give out refurbished computers and internet to families still in need ahead of the school year. 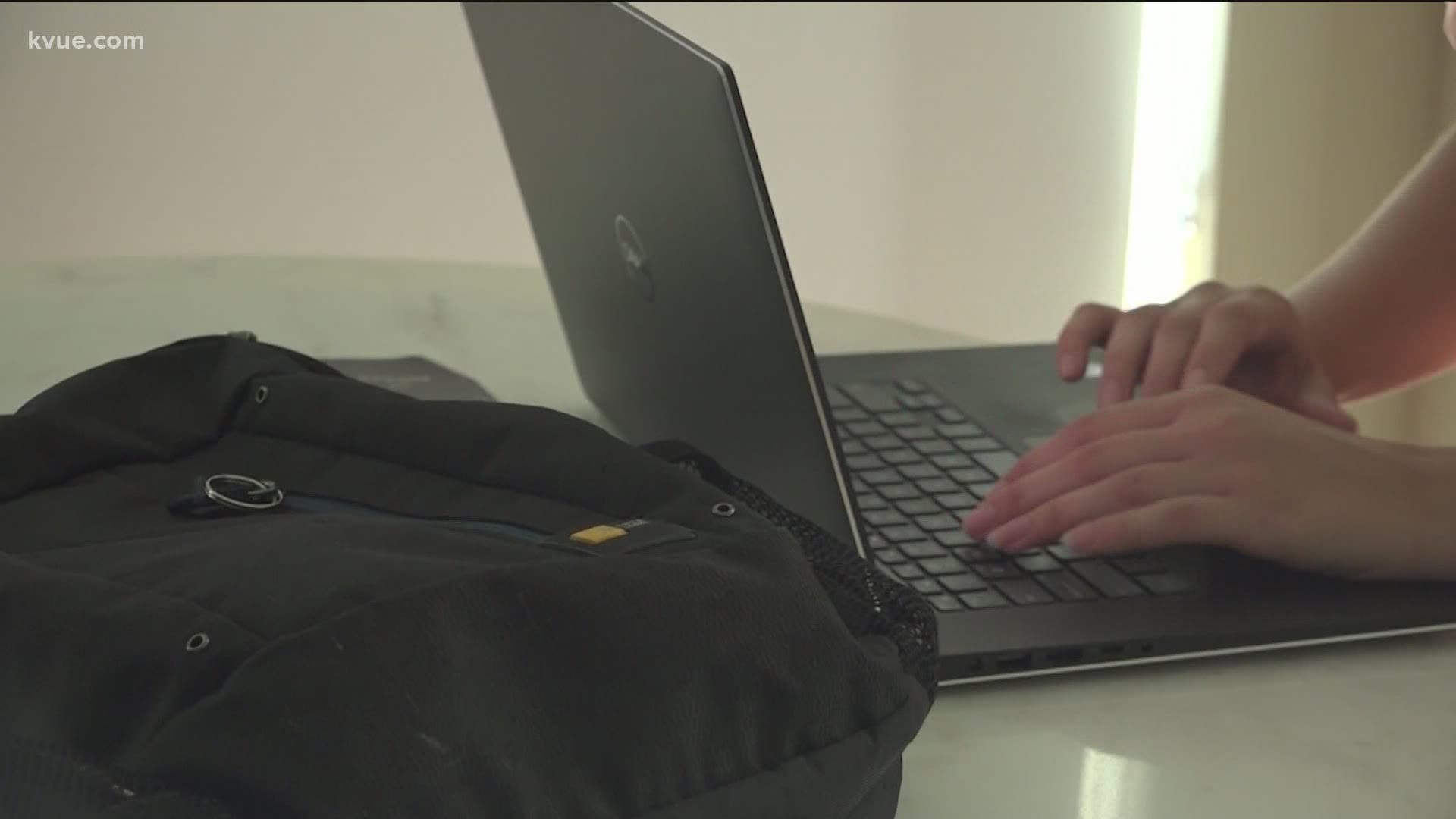 AUSTIN, Texas — The days are ticking away ahead of Austin Independent School District's first day of school on Sept. 8, and three groups are coming together to fill the technology gap that could limit some children's learning capabilities.

Austin Free Net, Austin ISD (AISD) and the City of Austin teamed up to collect, refurbish and distribute used computers to AISD families, as well as internet access.

As an organization that offers free digital literacy training and community access to technology, Austin Free Net's main focus since the summer has been getting these resources to students and teachers ahead of the school year.

Texas may not publish COVID-19 data for individual schools

"I just wondered how we were going to do the distance learning from home with my work laptop," said Cynthia Vasquez, an Austin ISD parent.

Vasquez learned about the program through the Parent Engagement Support Office and was able to get a computer for each of her three boys.

While Austin ISD is also lending out devices, this program allows families to keep the computers. Vasquez said this makes a huge difference for her.

"Not having to worry about that responsibility as a parent or being financially responsible for a broken device, or even losing it, kind of takes things off my plate," she said.

Since their first distribution event in April, Skye Downing, the executive director of Austin Free Net, said they have distributed about 350 computers. They have another 150 to 200 in the queue ready to give out.

With a shortage of 15,000 devices at Austin ISD, Downing said they are trying to make headway on a huge gap.

"Now is the time, the light has definitely illuminated the digital divide," Downing said.

Leonor Vargas, the administrative supervisor of parent programs, said that on top of the efforts put forth by this partnership, AISD has also purchased 24,000 hotspots across their Title I campuses to ensure students have access to the internet.

While Austin ISD has a ways to go before every student can learn without a technological hitch, Vargas said she is thankful for this partnership in a time where the demand for technology is making it unavailable across the world.

"We are also having an awareness that they are not coming in as quickly as we would like them to. I think that's where the partnership with Austin Free Net helps," Vargas said.

The City of Austin released a statement regarding their participation in this partnership, stating:

"This COVID-19 response couldn’t have been without Austin Free-Net’s commitment, Austin Independent School District (AISD) support, and the City of Austin’s support and the commitment of volunteers … that we’re able to create positive outcomes for AISD students and their families with access to home computers."

Families who need technology should reach out to their campus's parent support services.

Austin Free Net is also accepting donations of functioning devices that are lightly worn and no more than five years old.