Austin high schools were ranked as being some of the best in the state of Texas by U.S. News. 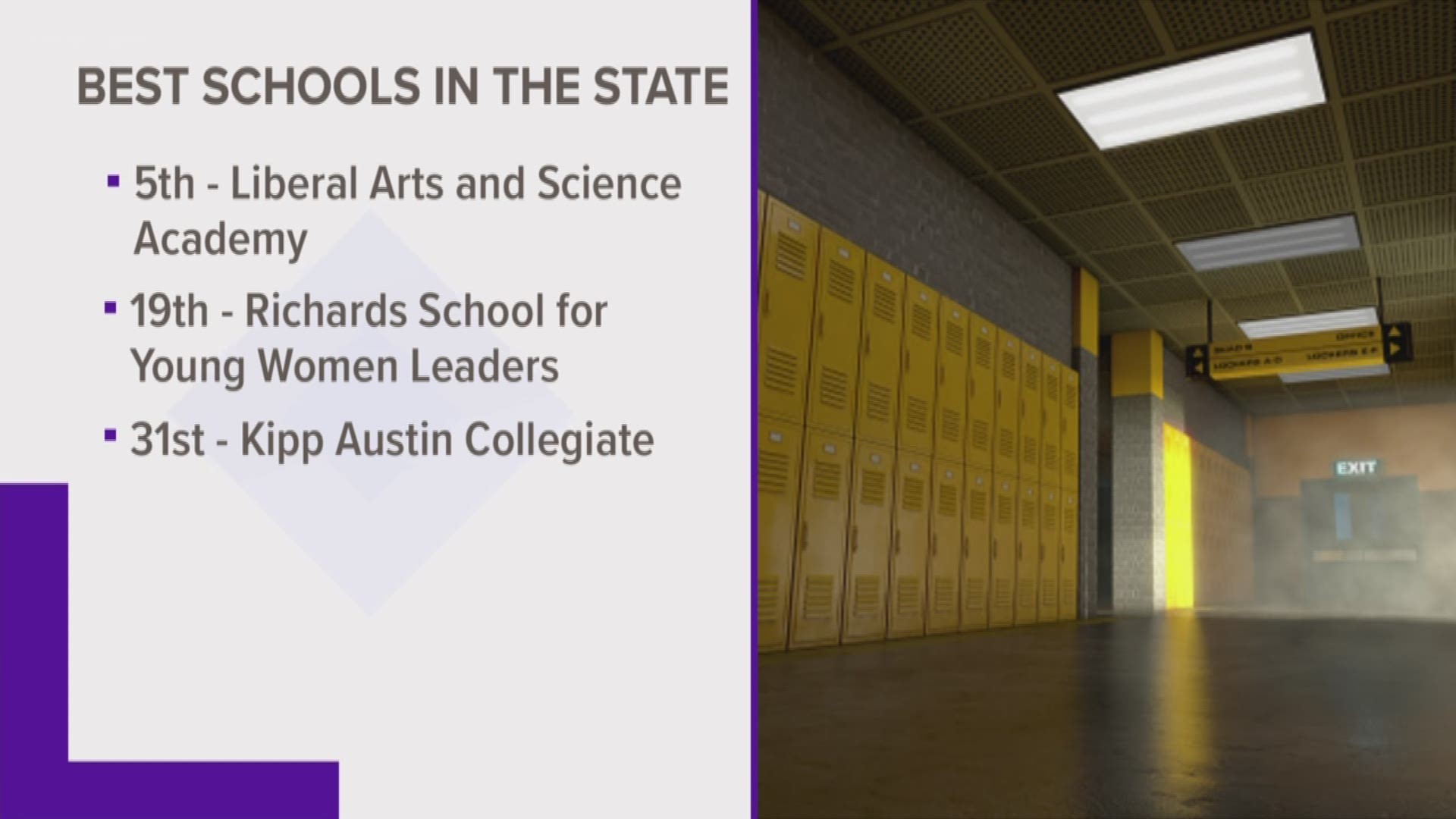 AUSTIN, Texas — High schools in the Austin area have been ranked as being some of the best in the state of Texas and the nation by U.S. News.

Coming in as the second highest ranked school in the Austin area is Richards School for Young Women Leaders in Austin. U.S. News ranked the school as number 19 among Texas schools and number 137 among national rankings. U.S. News said Advanced Placement coursework participation at the school is 100%.

Ranked 31 among Texas high schools and number 198 among national rankings, Kipp Austin Collegiate in Austin has had 91% of their students pass at least one Advanced Placement exam, according to U.S. News.

7 AISD schools ranked among best in the nation

Westlake High School in Austin was ranked as number 37 among Texas high schools and number 241 nationally. U.S. News said with a total enrollment of 2,659 students, the school has a graduation rate of 99%.

The fifth highest ranked Austin area school by U.S. News is Meridian school in Round Rock at number 39 in Texas and number 249 nationally. The school had an overall rating of 98.56% with 100% ratings in the categories of students that pass at least one IB exam and mathematics proficiency.

For a complete list of how Texas high schools rank among each other and nationally, click here.