It's been two days of A/C outages for students at some SAISD schools. 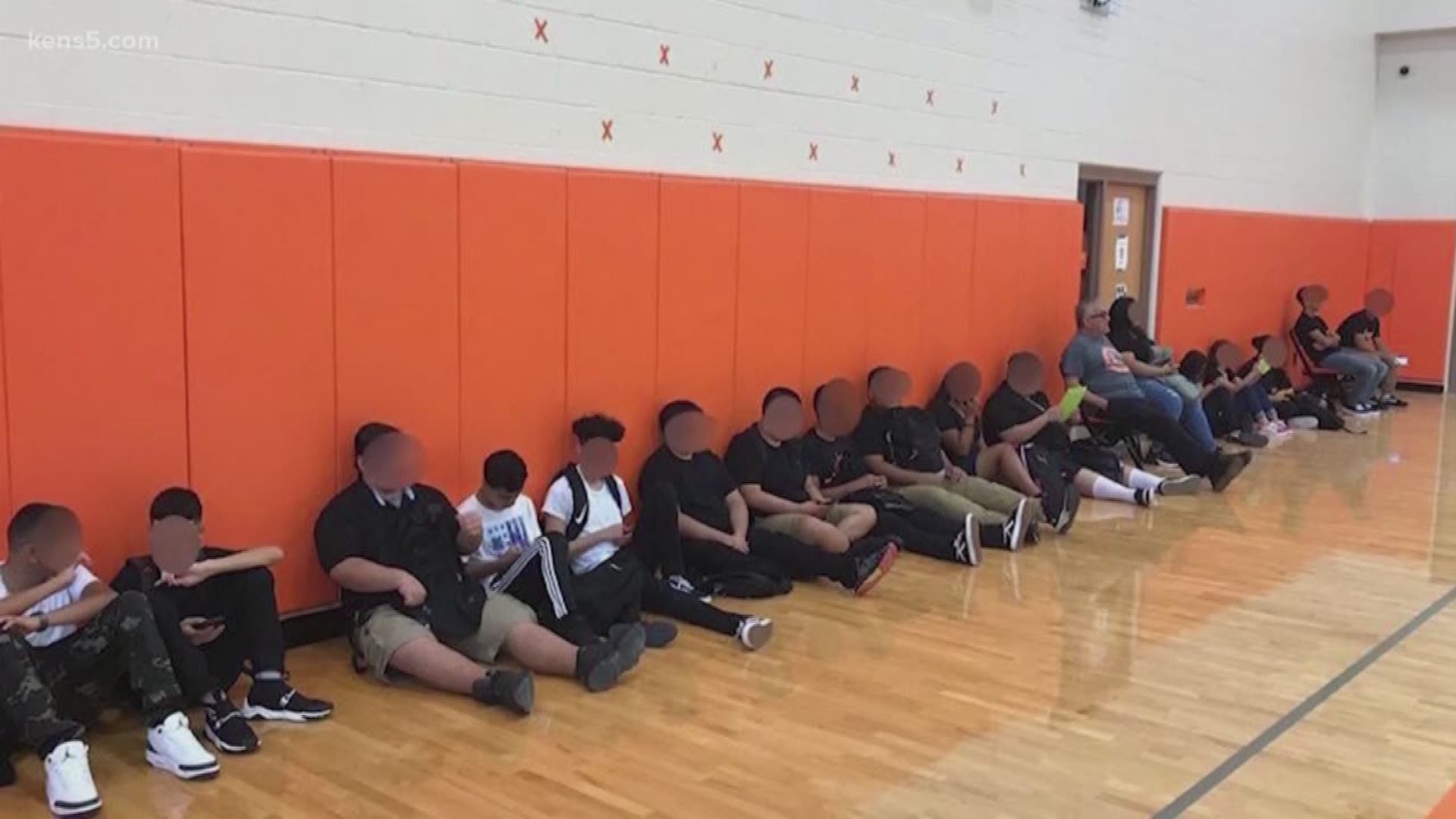 Concerned parents and teachers reached out to KENS 5 Tuesday morning to let us know the A/C was out in parts of the building at Burbank High School.

Children were sent to the gym to cool down. Photos sent to the station show children sitting on the floor and bleachers.

A parent, who didn't want to be identified, said the school didn't tell her about the problem. She found out from another parent.

"They hadn't called us, no mass text had been sent out, no email" she said. "I'm very frustrated because no student, regardless if it's mine or not, should be there in those conditions."

A photo from a Jefferson High teacher shows a stack of empty boxes after fans were handed out to cool down classrooms.

Price would not confirm if these schools were affected by outages. Instead, she said crews were responding to multiple schools to check on a range of issues.

A teacher, who didn't want to be identified for fear of retaliation, said this is horrible timing.

"We're ready and our students are ready and the building is not," he said. "It's incredibly frustrating. We bust our butts to make sure our planning is good, our content is good, that we're really able to teach these students. These infrastructural problems are so far outside of our control and it completely screws everything up.

Price said an aging district and high summer temperatures are to blame. She added that some schools are going through multi-million dollar renovation projects to fix these problems for good.

Price said they have crews on standby to fix A/C issues as they're reported. When that happens, students are relocated to cooler parts of the building. Fans are provided to keep students and teachers cool.

If you're concerned about taking your child in tomorrow, she suggests calling the school principal to make sure the A/C is working before you drop off your child.

KENS 5's Holly Stouffer has been following this story throughout the day.

Her live report from SAISD headquarters is below:

This comes after SAISD confirmed Fox Tech High School and Sam Houston High School were without AC Monday in some parts of those schools. Officials said Monday they were working to get the A/C functioning for Tuesday.

The district also said it is looking into reports of A/C outages at Brackenridge Elementary and Lanier High School. We are also waiting to hear from SAISD officials regarding the reports of an A/C outage at Jefferson High School.

SAISD students returned to school Monday, ahead of other large school districts in the San Antonio area.

IDEA Public schools confirmed there are A/C outages in some parts of IDEA South Flores. They have brought in fans and A/C units to cool the rooms. Officials there hope to get it working by Tuesday evening.

RELATED: Tuesday was the hottest day of the year; temps could soon drop out of the triple digits | FORECAST