Every day, thousands of people would listen to Senen "Slim" Rodriguez on the radio. And none of those thousands of listeners ever realized he was struggling with alcoholism. 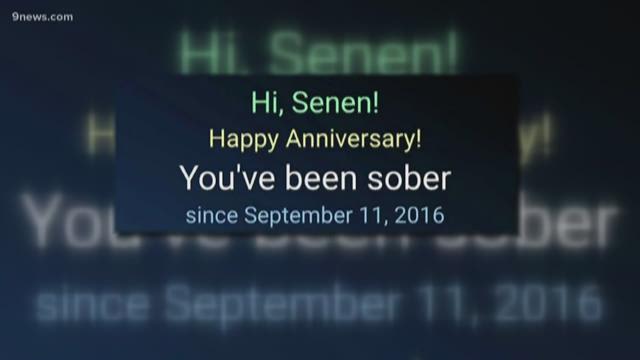 Every day, thousands of people would listen to Senen “Slim” Rodriguez on the radio. And none of those thousands of listeners ever realized he was struggling with alcoholism.

“I’m waking up in the morning, and I have a hangover from last night. So I’ve got to stop at the liquor store on my way to work.”

Rodriguez is candid about his addiction. It’s a story he felt he needed to share with his listeners and his followers on social media when he began his journey to sobriety more than a year ago.

MORE | Recovery Week: How do you define addiction?

“I needed everybody to know that I was an addict,” he said, “I needed to make sure I could go nowhere without people knowing that I have a problem so that people could be aware.”

Rodriguez had a long way to go, considering the patterns of alcohol abuse he’d developed.

He says he would even make quick trips to liquor stores when he wasn’t on the air and have a drink or come back to the studio with a drink. And it only got worse when he wasn’t working.

“I’m coming home for the weekend, and I’m buying that bottle of Vodka that’s this big. And I’m getting into my bed at 8 o’clock on Friday and I’m holding that bottle and I’m drinking that bottle all weekend long,” he said. “Not even leaving the bedroom.”

His addiction cost him a job and more.

“I’ve gotten a DUI. I’ve lost numerous relationships,” he said. “I lost the job that I got when I came here to Denver because of alcohol. I was losing everything.”

Doctor Harlan Austin, Director of Clinical Quality for the Center for Dependency, Addiction and Rehabilitation (CeDAR) at UCHealth, says it can often be difficult for a person with an alcohol addiction to recognize it in themselves.

“Quite often, the person who’s suffering from alcoholism is the last person to know there’s a problem,” he said. “A lot of people around them will say ‘that guy’s got a problem’ or ‘that girl’s got a problem’ but they think ‘I’m fine. Everyone else doesn't understand.’”

After years of denying and joking around his alcoholism, an argument with his roommate and his mother helped Rodriguez see that his addiction was a real problem.

“My mother turned to me and said ‘you know he’s right. You’re a drunk. And you’re a loser. And you’re going to kill yourself,’” he said. “My mom doesn’t think I’m a loser, she was trying to get through to me.”

The message sank in. Rodriguez began the mission to try to make it 24 hours without having a drink. One Sunday night, he reached his first 24 hours of sobriety in the final minutes before the liquor stores closed.

“I was too afraid of an intervention or rehab. So I basically had to lock myself in my house. And fight to make it through 24 hours.”

With tears in his eyes, he recalls walking into the radio station the next day, eager to share the news.

RELATED: One woman's battle against an eating disorder

Rodriguez has been sober for more than a year. He credits Alcoholics Anonymous meetings with helping him achieve sobriety. Now, he’s offering that same type of support the best way he knows how: by taking his message to the airwaves.

“You can get your life back. And I’m going to pass that message on to everybody now,” he said. “I felt shame at first when I said that I’m an alcoholic. And I shouldn't feel any shame.”

He lets other recovering addicts share their stories in a new show that he created for FLO 107.1 and Jammin’ 101.5. The show is called “Sharing Our Stories.” It airs at 6:30 a.m. on Sundays.

Rodriguez takes solace in knowing that his mother, who died in January, saw him recover from his addiction.

He now wakes up every day, excited for what a sober life will bring.

All this week, 9NEWS will be featuring stories of people who have beaten addiction and are in the process of recovery. We will also offer resources to anyone who needs help. A call-in line will be open from 6:30 a.m. -8:45 a.m. Tuesday-Friday. The phone number will be given out on 9NEWS Mornings, once the phone lines are staffed and open.