Austin is the first market that CEO of 'Decent,' Nick Soman, wanted to launch his service. 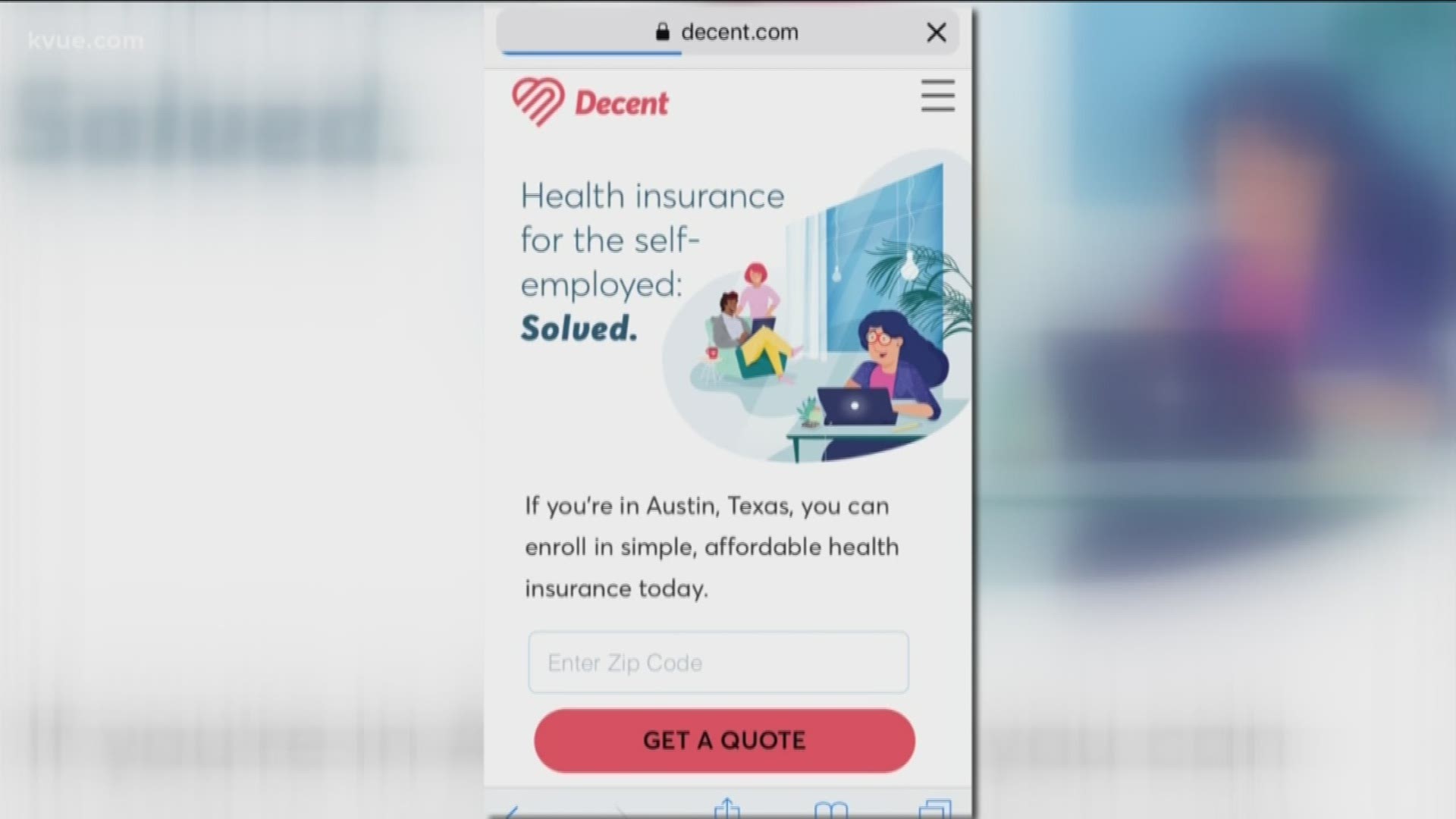 AUSTIN, Texas — Finding affordable health care can be challenging, and that's especially true for freelancers. That's why a new company launched here in Austin in hopes of helping them out.

The company is called Decent, and while the creator lives in California, Austin is the first market they wanted to get into. Because, as a freelancer in Austin like Lulu Anderson, there's a lot on your plate and oftentimes balancing your income can be difficult.

"Right, and you're figuring out your hourly rate, or your contract rate and then you're subtracting out of that expenses and insurance is a huge chunk of those expenses," said Anderson. "So I think our health care model is in need of disruption and this is one of the first symptoms I've seen, or signs I've seen, of it going down."

That disruption she's talking about is coming from a new service called Decent.

"Our job is to provide something that is both affordable and high value," said Nick Soman, the founder of Decent.

It's a health insurance company that pairs freelancers with a primary physician who they can see without a co-pay.

"We're helping these self-employed people band together and kind of get market power by virtue of coming together like a lot of big companies would to get better rates on their care," Soman added. "You know, we're for folks that are self employes ... we cover spouses and dependents and partners ... it's really for self-employed people and the people that love them."

This allows people, like Anderson, to get the health care they need while keeping costs down.

Decent does have plans to expand to other markets but it was the combination of the people who freelance here in Austin and the fact Texas is business-friendly that Austin made sense.