Police had received a call from a man in Pittsburgh, who said that his stepdaughter called him and said her boyfriend was robbing her at gunpoint. 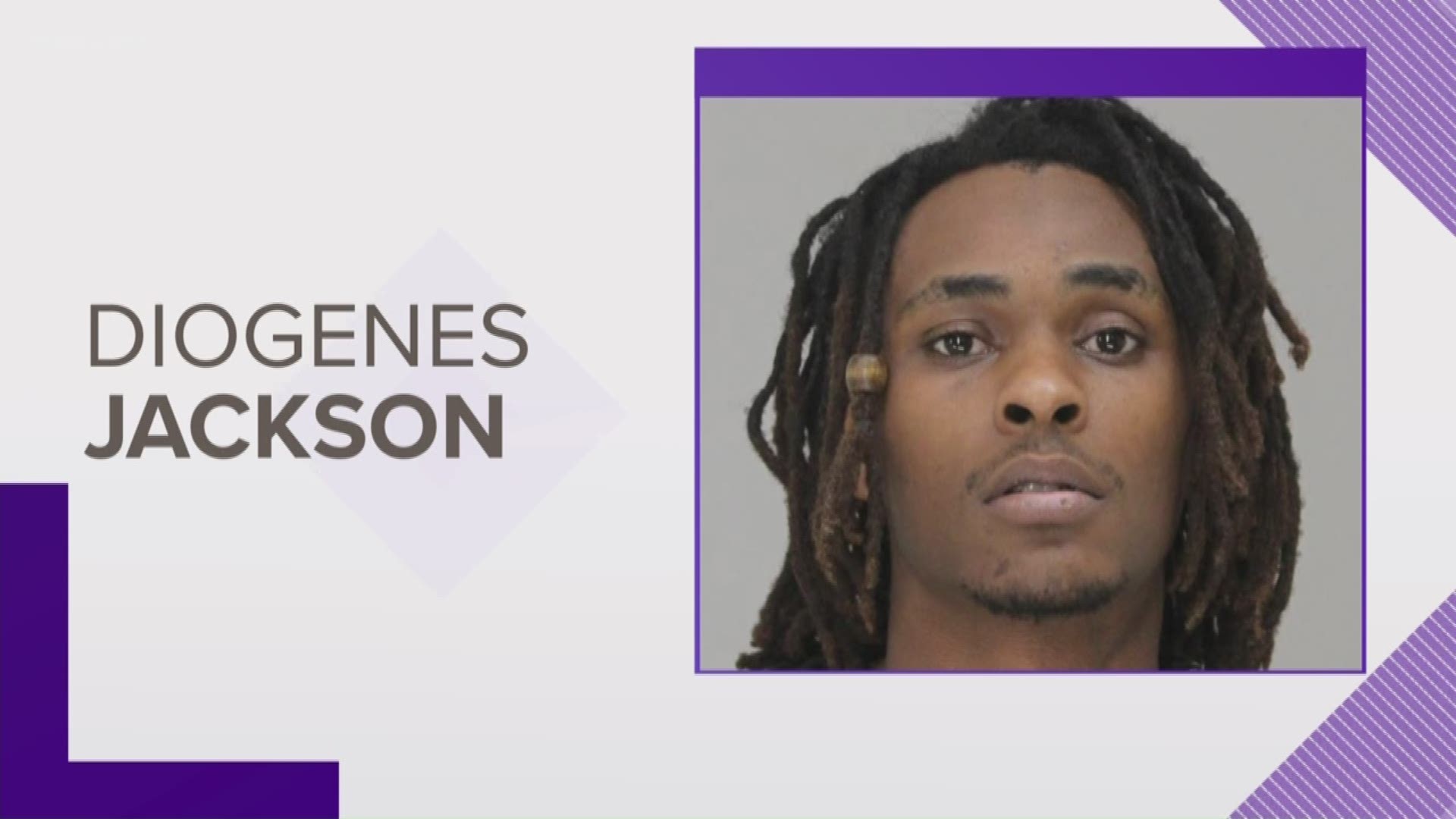 DALLAS — A 27-year-old man is in custody, accused of beating his live-in girlfriend and her 7-month-old baby who suffered a skull fracture this weekend, according to police records.

The baby also suffered brain bleeding and broken ribs and was taken to Children's Hospital in Dallas, the records said.

Diogenes Jackson was in the Dallas County Jail on Sunday, booked on felony charges of assaulting a family member by impeding their breathing and injury to a child.

Officers encountered Jackson, his girlfriend and the baby about noon on Saturday at their apartment in the 2800 block of West Pentagon Parkway in Oak Cliff.

Police had received a call from a man in Pittsburgh, who said that his stepdaughter called him and said her boyfriend was robbing her at gunpoint.

When police arrived at the apartment, they saw Jackson walking toward them, with blood on his hands, according to a police report.

Jackson denied there was a robbery. When officers went inside the apartment, they saw the woman in a closet, leaning against a wall and covered with a comforter.

Blood was on the wall by her face, and the comforter was stained in blood, the report said. The woman also had blood on her face.

Jackson said the woman had fallen down and that officers would need a search warrant. The officers then handcuffed Jackson.

The woman told the officers in a hoarse voice that Jackson had beaten her, and she asked them to check on her baby, the report said.

Officers found the baby lying naked on a towel on the floor. The baby wasn't moving and appeared to be covered in baby oil, the report said.

The mother reported that Jackson hit the baby across the back with a belt, because the baby was crying. The baby had dark bruises across her back, and she was shaking, the report said.

The mother told police that her and Jackson were arguing when he found old text messages on her phone and got angry. Jackson attacked her, she told police, and the baby started to cry.

Jackson then got angry at the baby and hit the baby with a belt, the woman told police, according to the report. He threatened to take the baby away and go to Louisiana, the woman said, and he wanted to find the baby's birth certificate.

The woman said that Jackson made her call her parents and ask for money, according to police report.

When she called her stepfather, she whispered that she needed help and that Jackson intended to kill her.

The woman was taken to Parkland Hospital for treatment. The officers found two other small children in the apartment.