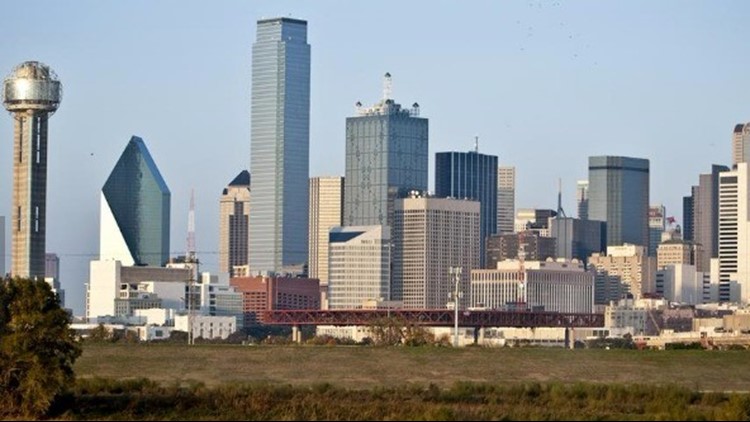 (TEXAS TRIBUNE) In a state where the population continues to rapidly swell, the sprawling Dallas-Fort Worth region remains a fundamental source for those gains.

Adding 131,767 residents from 2017 to 2018, the Dallas-Fort Worth-Arlington area gained more residents than any other metropolitan area in the country and was behind more than a third of Texas' population growth in that period, according to population estimates the U.S. Census Bureau released Thursday.

Following a years-long trend, the new estimates show that Texas dominated in population growth thanks to both growing families and migration to the state. The state took 4 of the nation's top 10 spots both for counties that gained the most residents in a year and those that grew the fastest.

Despite those gains, the census estimates also indicated that the state’s explosive growth has slowed down as natural increase — the rate at which births outpace deaths — and international and domestic migration have declined. Texas has picked up fewer residents every year since 2015, when the state grew by almost 510,000 people in one year. In 2018, the population grew by almost 380,000.

Comal County — on the Interstate 35 corridor between Austin and San Antonio — ranked as the nation’s second-fastest-growing county among those with a population equal to or greater than 20,000. Kaufman County, a D-FW suburban county, ranked third on the list. West Texas made a return to the top 10 list thanks to rapid growth in Midland County, which helped it rank sixth. Hood County, also in the D-FW area, came in ninth.

Although it was pushed out of the top 10 list for 2017-18, Hays County — also on the I-35 corridor — continues to top the list of Texas counties that have experienced the most rapid growth since the last census. The top five counties on that list — all suburban — have gained more than a third of their residents since 2010.

After dropping in the national rankings for two consecutive years, Harris County — the state’s most populous county — had the country's third-largest annual gain in residents from 2017-18.

With a net gain of 34,460 residents, Harris still had the largest numeric growth of any Texas county. Home to almost 4.7 million residents, Harris was closely followed by suburban Collin County, which saw its population cross the 1 million mark after adding 33,753 new residents. Collin easily beat out its far more populous neighbors, Tarrant County and Dallas County.

The Houston-The Woodlands-Sugar Land metro area also came behind the Dallas-Fort Worth metro area in annual gains of residents.

West Texas topped the list of rapidly growing metro areas, outpacing the Austin-Round Rock area, which ranked first in the state last year. The Midland metro area was the fastest-growing metropolitan area in the country from 2017-18, and the Odessa metro area ranked fifth.