Earnhardt, wife Amy, and daughter Isla were on the plane when it landed and caught fire near an airport in eastern Tennessee.

ELIZABETHTON, Tenn. — Dale Earnhardt Jr., his wife Amy , and their 1-year-old daughter Isla are reportedly safe and OK after their private plane crashed near the Elizabeth Municipal Airport in Carter County, Tennessee Thursday.

“We want to reiterate our appreciation to the NASCAR community, first responders, medical staff, and race fans everywhere for the overwhelming support in the last 24 hours. Dale, Amy, Isla and our two pilots are doing well. We are assisting the Federal Aviation Administration and the National Transportation Safety Board in the investigation and will have no further comment at this time.”

NBC Sports confirmed that Earnhardt and his family were released from a hospital Thursday evening. Earnhardt, who was scheduled to be on NBC's broadcasts from Bristol Motor Speedway this weekend, will not appear on television after speaking with NBC executives. He'll spend this weekend with family and return for the Labor Day weekend event at Darlington Raceway.

The FAA confirmed five people were aboard the Cessna Citation aircraft when it crashed. The occupants are believed to have been the Earnhardt family and two pilots.

Video recorded shortly after the crash showed medical personnel treating a man believed to be Earnhardt. 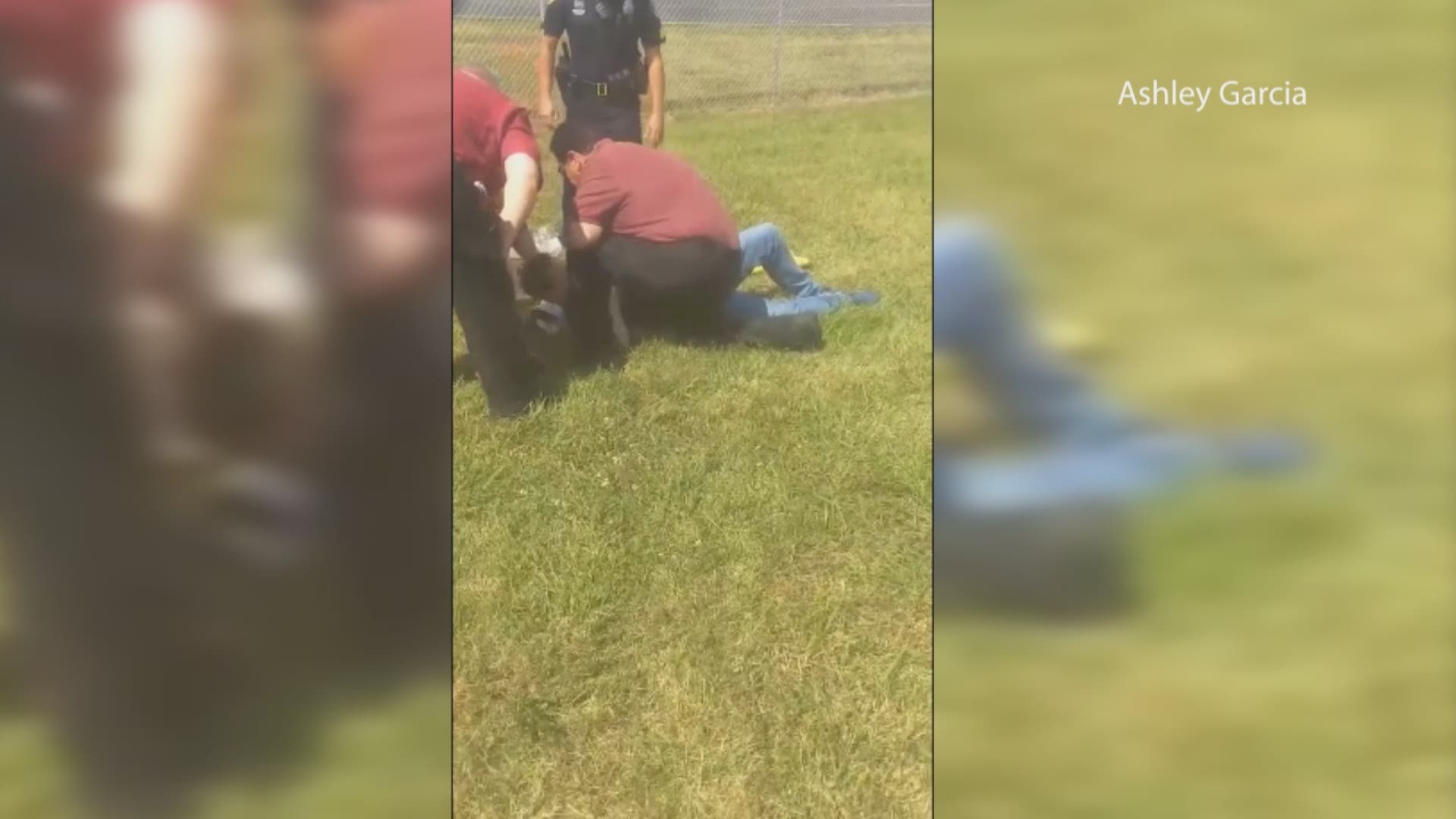 "A Cessna Citation rolled off the end of Runway 24 and caught fire after landing at Elizabethton Municipal Airport in Tennessee at 3:40 p.m. today. Preliminary indication is that two pilots and three passengers were aboard," the FAA said in a released statement. "The FAA will investigate and the National Transportation Safety Board will determine probable cause of the accident."

FAA records show the Cessna Citation was built in 2015 and is registered to Mooresville, North Carolina.

Earnhardt is a third-generation NASCAR driver. He currently owns and operates JR Motorsports, based out of Mooresville, North Carolina.

Earlier this year, Earnhardt was inducted in the North Carolina Sports Hall of Fame. 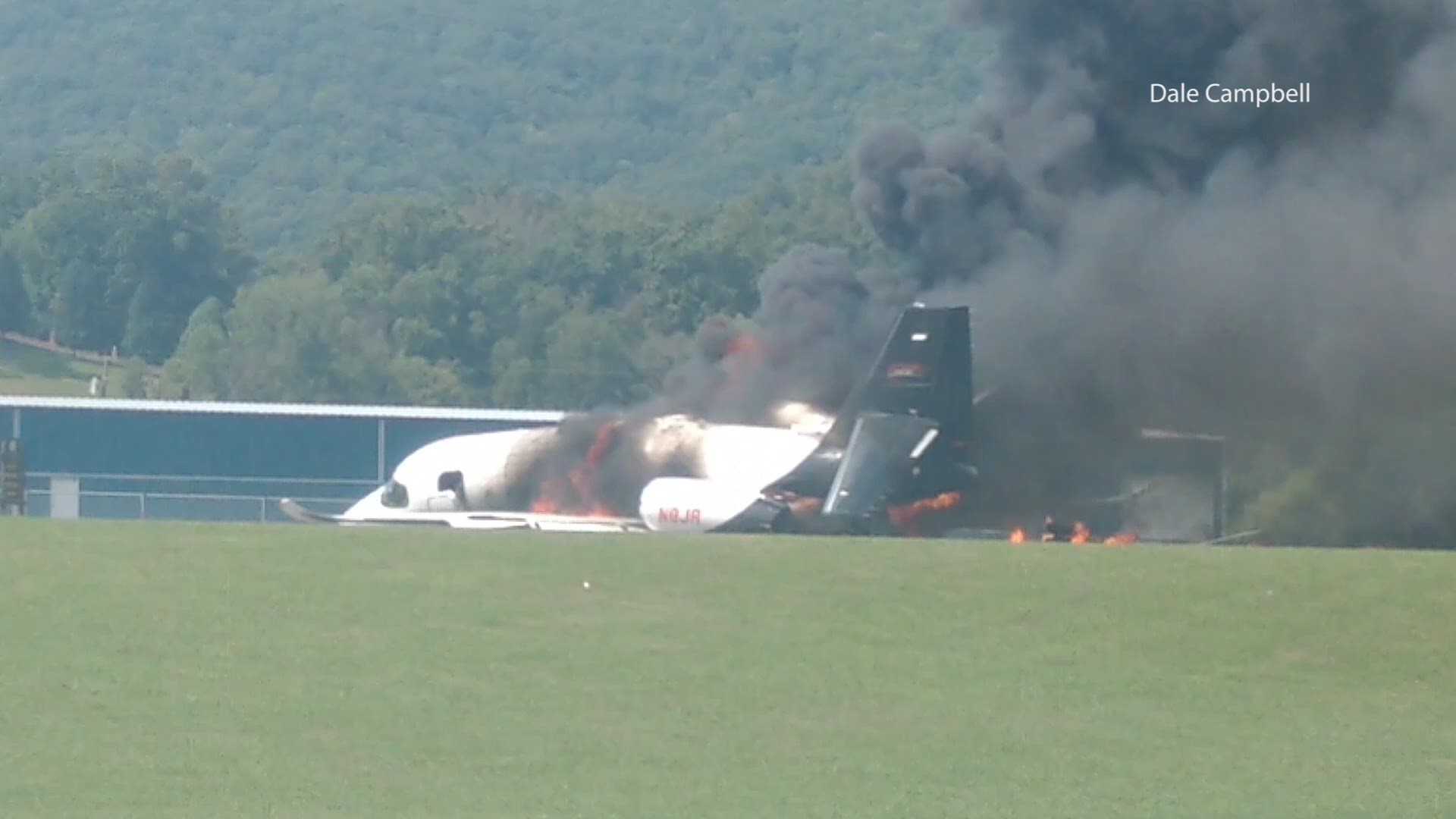 Following the plane crash, emergency personnel worked to extinguish the fire. The remains of the aircraft came to rest on nearby Highway 91. The road is expected to be closed for more than a day while officials investigate.

Earnhardt Jr. is not the first NASCAR legend to be involved in a plane crash.

Alan Kulwicki was killed, along with three others, in a plane crash near Blountville, Tennessee, on April 1, 1993, while on approach to Tri-Cities Regional Airport.

Later that same year, another NASCAR driver, Davey Allison was killed in a helicopter crash while landing his helicopter at Talladega Superspeedway.

RELATED: Dale Earnhardt Jr. and his wife Amy starring in their own DIY reality show